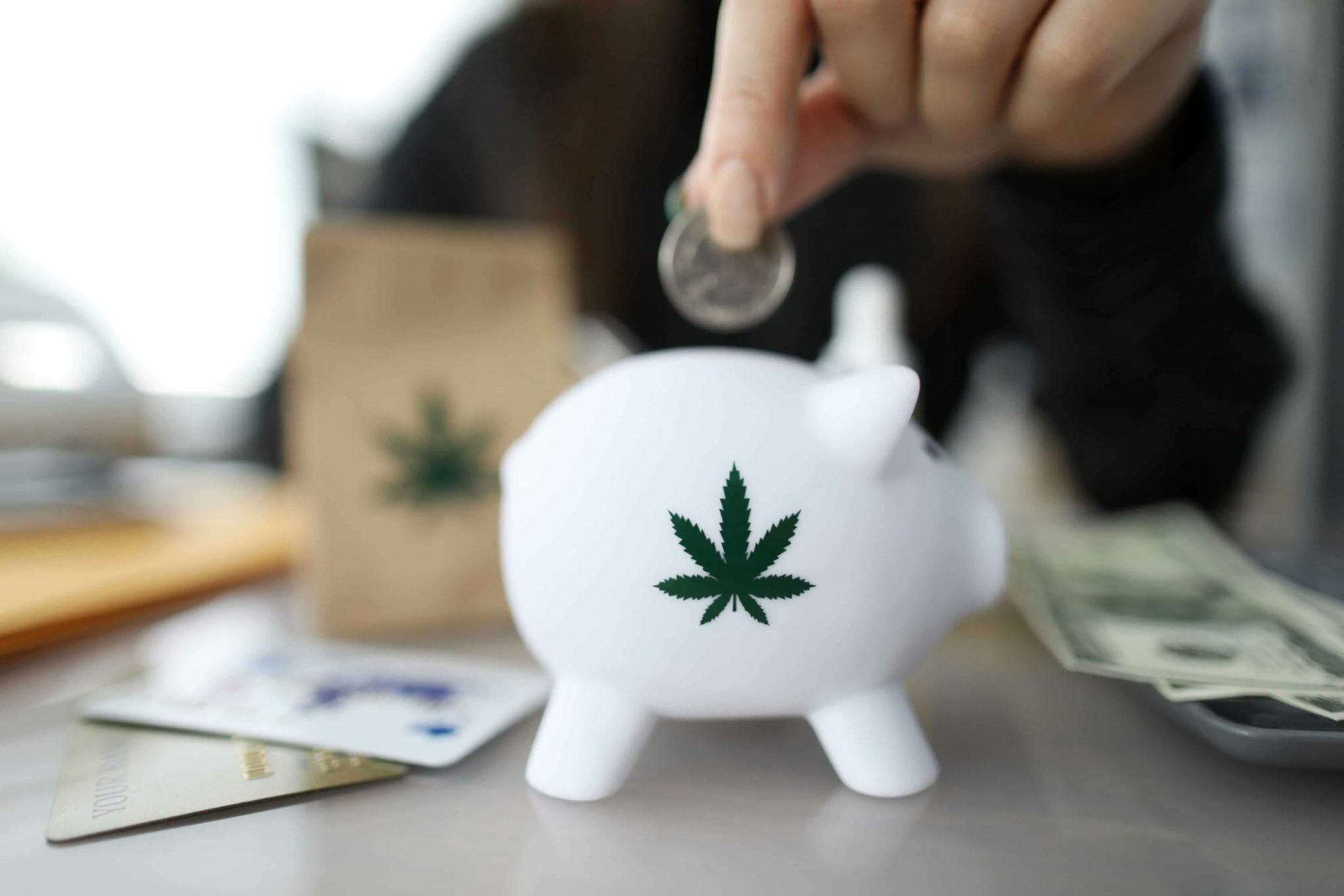 As Vermont cannabis entrepreneurs prepare to apply for licensure in the state’s new legal market, one item on their to-do lists is proving difficult to check off: The bank account.

Since the plant is still federally illegal, most federally-insured banks won’t go near the sector for fear of being penalized for money laundering. And after a breakdown of monthly fees reportedly associated with cannabis accounts at New England Federal Credit Union was posted to social media last week, industry professionals are raising concerns that high costs and limited banking options could keep small businesses on the sidelines.

Bill Smith, chief marketing and retail officer for the credit union, confirmed to Heady Vermont that the organization’s fees for cannabis accounts — classified as “marijuana-related businesses” in line with the language used by its regulators — currently range from $200 to $2,500 per month depending on the license type.

The fees are intended to help cover extra costs associated with serving cannabis businesses, such as the expense of performing risk assessments and fulfilling regulatory requirements. At this stage, Smith said expected costs are difficult to predict, and the credit union plans to adjust its fees as actual costs become clear.

“The [Bank Secrecy Act] monitoring of those accounts and those relationships is significant,” Smith said. “And then just the cash handling itself, and we’re still working on defining how we’re going to handle the cash requirements of these businesses, either incoming cash or outgoing.”

Smith objected to comments on social media characterizing the fees as “profiteering,” noting that the bank has adjusted the schedule to include a reduced fee for the smallest tier of cultivators after receiving feedback from applicants.

Smith objected to comments on social media characterizing the fees as “profiteering,” noting that the bank has adjusted the schedule to include a reduced fee for the smallest tier of cultivators after receiving feedback from applicants. NEFCU also plans to drop its requirement that cannabis applicants sign a non-disclosure agreement to open an account, Smith said Wednesday.

“We’re serving these businesses because we believe that they’re legitimate at the state level and they should have access to banking,” Smith said. “And we’re working hard to understand the requirements and the costs. Many financial institutions have just said, ‘No, we’re not doing this, period.'”

So far, NEFCU is the only Vermont bank actively opening accounts for adult-use cannabis clients. But VSECU, which currently serves the state’s five medical dispensaries, is expected to provide a second option for cannabis entrepreneurs in the near future.

The credit union is preparing to begin opening accounts for adult-use cannabis applicants soon, but only if they have a pre-qualification from the state in hand, according to Gregory Huysman, director of business lending and services. He said the requirement helps the bank ensure that prospective members are prepared to undergo the licensing process.

Pre-qualification entails a criminal background check and a review of principals and controlling entities in the business. As of Monday, the Cannabis Control Board had received more than 650 pre-qualification applications, VTDigger reported.

“One thing that we have to keep in mind as this market is becoming legit, is that there are still some players out there that may not be completely legitimate,” Huysman said. “We just want to make sure that we err on the side of caution, because it would cause us a lot of issues with our regulators if one of those folks started using our bank.”

VSECU plans to charge a monthly fee for cannabis accounts equaling 1.5% of the business’ total monthly deposits, Huysman said, which the bank hopes will not be a barrier for smaller companies since it is based on actual income.

NEFCU and VSECU have also announced their intention to merge, but this process is not expected to be finalized until well in 2023. Until then, the two credit unions will maintain their distinct policies, procedures and fee schedules.

NEFCU and VSECU have also announced their intention to merge, but this process is not expected to be finalized until well in 2023. Until then, the two credit unions will maintain their distinct policies, procedures and fee schedules, according to Huysman.

“As we grow into this market, that’s a fee structure that we saw as common in other markets, and one that we thought was fair to the members and fair and appropriate for the credit union,” Huysman said.

Kristyn Glennon, a vice president and Bank Secrecy Act/anti-money laundering officer for Bay Coast Bank in Massachusetts, said it’s not uncommon for banks in the state to charge fees for cannabis deposit accounts, whether they be flat or percentage-based. Glennon declined to share the specifics of Bay Coast Bank’s fee structure for cannabis-related businesses, but said it is tied to sales revenue.

The most significant cost associated with serving cannabis companies has been the need for additional staff to handle onboarding of clients, monitoring accounts and completion of required regulatory reporting, Glennon said.

“We do enhanced due diligence on the business and the parties involved in that business,” she said. “We have monitoring that we do on the transactions that go in and out of the account and where the funds are going.”

Glennon said options for cannabis banking services in Massachusetts are limited, much like in Vermont, which makes adequate staffing all the more important if banks want to meet demand.

What Sparks would like to see is more transparency around what the fees are going toward. He’s skeptical that one retail business would incur $2,000 in costs for a bank each month, and noted that 1.5% of a business’ monthly revenue could easily exceed that benchmark.

“… In the end, they’re going to have lots of cash going through their businesses, and why we’re penalized for that is just kind of disturbing to me.”
— Scott Sparks, Vermont Bud Barn

“I guess in some sense, I don’t mind paying a small fee. But in the end, they’re going to have lots of cash going through their businesses, and why we’re penalized for that is just kind of disturbing to me,” Sparks said.

And though advocates have pushed for changes at the federal level, it appears unlikely to materialize anytime soon. The SAFE Banking Act, which would keep federal regulators from penalizing financial institutions that work with cannabis establishments, is stalled in the U.S. Senate after passing in the House last year.

“I do see it as just a circumstance of the situation where we are right now with the friction between state law and federal law,” Huysman said. “And until that gets resolved, I think you’re always going to see this type of extra fee layered on to this industry to mitigate the risk and make sure that the expenses are covered.”

“I do see it as just a circumstance of the situation where we are right now with the friction between state law and federal law.”
— Gregory Huysman, VSECU

For Stephanie Waterman, co-owner of White River Growpro in White River Junction, barriers to banking feel like another form of the discrimination and stigma she said cannabis businesses face “at every single turn.” She worries these obstacles will result in an adult-use market dominated by huge, out-of-state corporations.