**IMPORTANT EVENT INFORMATION!**
Please do not park at the venue.
Park at the nearby Brattleboro Park and Ride at 22 Browne Ct, where shuttles will be running pickups every 15-30 minutes all day.

The event will feature workshops on growing, making and processing, demonstrations, flower and concentrate testing, rosin pressing, a genetics swap, exhibitors, yoga, food trucks, live music including a set by Rob Compa of Dōpapod with members of Kung Fu, Meadow and Mowgli of Melting Gnomads, a beer tent and designated hangout areas.

The Harvest Farm Jam is also the official launch of The New England Cannabis Guide, a comprehensive, full-color magazine showcasing New England cannabis businesses and attractions, and aimed at canna-curious consumers visiting or living in the Northeast. Learn more about the guide here at headynewengland.com.

Tall Truck Testing will be providing onsite product testing with the following pricing: $25 for flower tests, $35 for concentrate and 5 flower tests for $100. They recommend attendees bring 2g for flower and 2/3 of a pencil eraser for concentrates. Wondering what’s in that dank bud you grew this summer? Get a basic cannabinoid profile within a few minutes.

BTVLocal420 will be providing rosin pressing – BYO and smell the rosin-y goodness as we make smushy magic!

Scroll down for info on lodging, exhibiting and sponsorship, schedule and MORE!

Want to sponsor this event? Contact our ad team!

Interested in vending? Follow the payment link below to reserve your spot. We have a limited number of spots for this event, so sign up soon!

Box Office opens at 11:30 a.m. Shuttle service from the nearby Brattleboro Area Middle School (where general attendees may park) begins promptly at 11:30 a.m. We ask that people please not arrive early!

We’ll have cloning, growing, processing and ‘making’ workshops, with a focus on live demos and hands-on action with take-home goodies.

2:00PM: Meadow and Mowgli of The Melting Nomads

Meadow Eliz is an intuitive singer and song writer, as well as dancer-artist-creator-jeweler- from the Adirondacks of New York. She has recorded various solo and collaborative works as well as two albums with a duo project called Swimming in Speakers. She lent her vocals to Lucid for three albums before the forming of The Melting Nomads. As a statement of purpose, she has expressed that “the development of an innate and beauteous flow of intention is the real underlying proof of the success of our existence”. If perhaps the moment is all we may know – the conscious choice to truly experience the fleeting yet eternal resonance of such can be ushered with the sonic purity of an earnest call unto the universe with song.

Mowgli Giannitti is an active and diverse artist, trained in jazz and classical practice and theory, currently working with musicians whose careers span the globe and industry, and engaged in an extreme range of styles and sounds including Opera, Jazz, Jam Rock, Contemporary Classical, Folk, Funk, Bluegrass, Old-Time, Celtic, Latin, and Free Jazz. Mowgli attended Bennington College with a focus in contemporary composition, jazz bass, and classical voice, where he studied under Allen Shawn, Kitty Brazelton, Michael Bisio, Bruce Williamson, Nick Brooke, and Thomas Bogdan. He has since pursued further studies under composer/author W.A. Matthieu.

Mowgli currently performs primarily in the northeastern United States as a bassist/vocalist in the bands The Melting Nomads, The Terrible Mountain String Band, Satyrdagg, The Heavy Nettles, and as a solo artist, but can often be found as a substitute for just about anything. He is currently working on a soon-to-be-released EP of original songs, performed by Satyrdagg, a slew of jazz and folk arrangements, and a long-form composition for strings, horns, SATB, and rhythm section titled Visarjana.

4:00 PM: Rob Compa of Dōpapod with members of Kung Fu 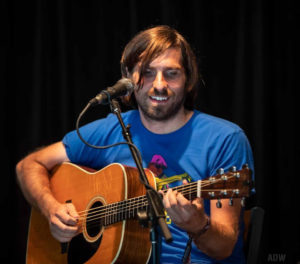 After nearly a decade of non-stop touring with an improvisational rock band, dōpapod, Rob Compa and his bandmates took a step back for 2018.  During this time, Rob chose to focus on songs.  As he navigated his own writing and unique topical content, Rob discovered a creative thread: it’s not all up to one person.  The relatable characters of his tunes speak honestly among Rob’s signature complex chord structures and fearless melodies.  These songs will be released in 2019 on Rob’s first solo record.  In the meantime, he is flexing his musical muscles performing live, both solo and as a part of other projects.

The campground at Fort Dummer has 50 tent/trailer sites and 10 lean-to sites. These are located in two adjacent areas and are served by two toilet buildings, both with coin-operated hot showers. There is a sanitary dump station, but there are no hookups. Also located within the park is a small picnic area, hiking trails (one of which leads to a swimming hole) and a large open field.

Reserve your campground here on the Vermont State Parks website.

The venue is located a short distance from downtown Brattleboro, a short drive from several nearby hotels. Here are a couple options:

Brattleboro is a delightful crossroads, conveniently located with a couple hours of several large cities and most of New England. Please do not park at the venue. Park at the nearby Brattleboro Park and Ride, where shuttles will be running pickups every 15-30 minutes all day.

Thanks to our vendors joining us this year!
Spots still available 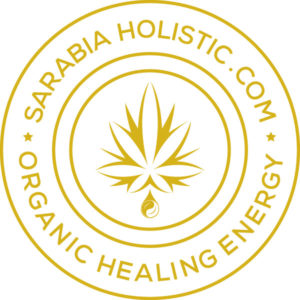