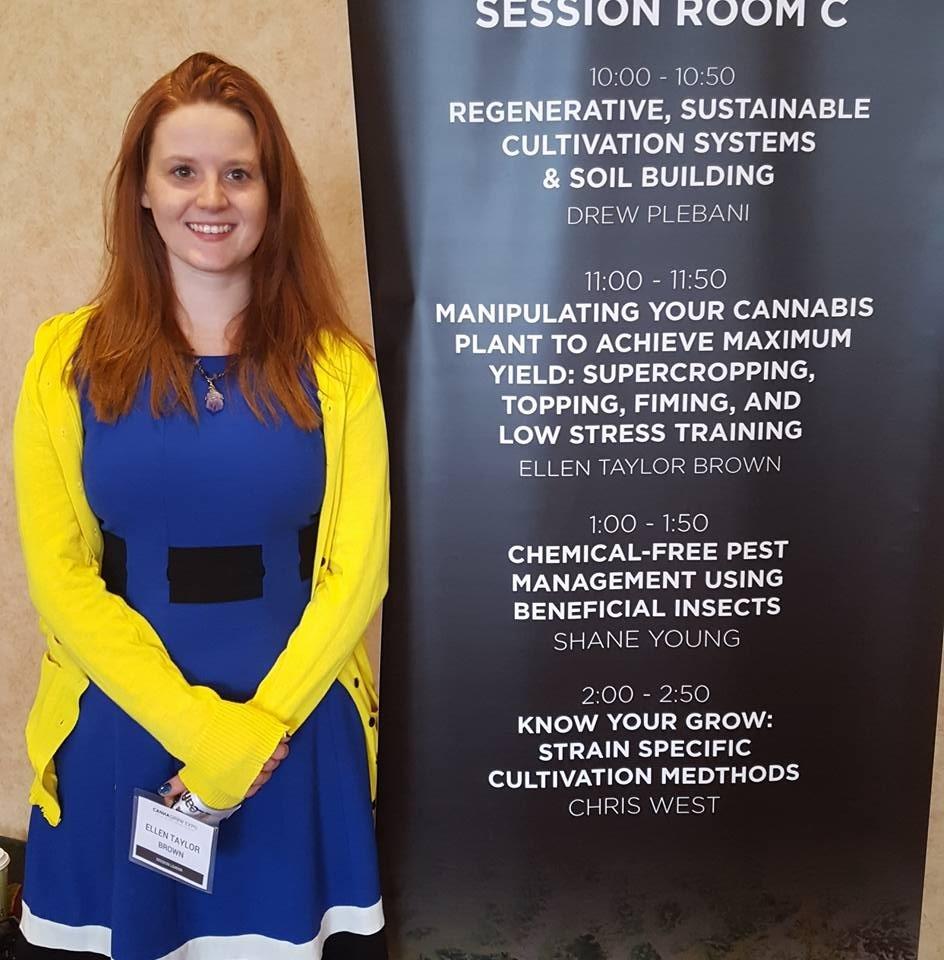 In the early 2010s, Ellen Brown, owner of Green Path Training, said that California’s entire cannabis industry was governed the “paragraphs” of SB 420 and proposition 215.

“There was no mandatory testing. There were no testing facilities,” she said. Cultivators and manufacturers walked into the dispensary, and “if you made a great product, we would sell it. Those vending to the dispensary would receive a 1099 tax form and nothing more.”

A lot has changed in the past 12 years, and Brown has witnessed it all. She started as an advocate and educator before opening Green Path Training, a Veteran and woman-owned business that offers retail and general employee training for cannabis businesses.

Brown initially taught legislative issues and new facets of the cannabis industry, until she saw an opportunity to teach cannabis regulations in her home state of Massachusetts. Last year, Brown became the first authorized vendor trainer in Vermont.

“We are creating knowledge as opposed to researching and looking for knowledge.”

Her business officially started in 2015, but Brown’s history with cannabis and education dates back even further. She served as a nutritionist in the U.S. Air Force, where she consulted patients and taught a variety of classes. While she could implement what she learned as a nutritionist, she found that cannabis education didn’t come with textbooks and rubrics like nutrition did.

“We are creating the knowledge as opposed to researching and looking for knowledge,” Brown said.

After serving in the Air Force in 2009, Brown found cannabis helped ease her stress while acclimating back to civilian life. The laws in Massachusetts at that time didn’t allow her to consume and cultivate cannabis at home so, within the next year, she moved to Northern California.

“A lot of people at that time were just kind of cannabis refugees, you went where you were able to be a patient and not be prosecuted for it.”

“I had done that out of necessity,” Brown said. At the time, California was the only place to go to be a part of the emerging cannabis industry. “A lot of people at that time were just kind of like cannabis refugees, you went where you were able to be a patient and not be prosecuted for it,” she reflected.

Brown made her way to Humboldt County in Northern California, famously known for its outdoor cannabis farming. She started as a trimmer and budtender before managing stores and cultivation facilities.

“I realized that with the flick of a wrist, with the crossing of some T’s and the dotting of some I’s, that everything could just be taken away from you,”

The dispensary she worked at, Nature’s Nexus, along with 25 others in Redding, California, ended up closing due to the fall out of the court case Pack v. Long Beach.

“I realized that with the flick of a wrist, with the crossing of some T’s and the dotting of some I’s, that everything could just be taken away from you,” Brown said. The dispensaries were forced to close by the Redding City Council and Brown moved back to Massachusetts.

To reconcile the loss of her and her coworker’s livelihoods and her patient’s access to cannabis, Brown decided to teach about legislation and the cannabis industry. She was able to combine her first-hand cannabis knowledge and her background in education from the Air Force, and develop Green Path Training.

Now, Brown is in the process of becoming an approved vendor in Illinois and working with Holyoke Community College in Massachusetts.

Looking ahead, she hopes to not only stretch Green Path Training across the nation, but to also be the person states look to when improving their framework.