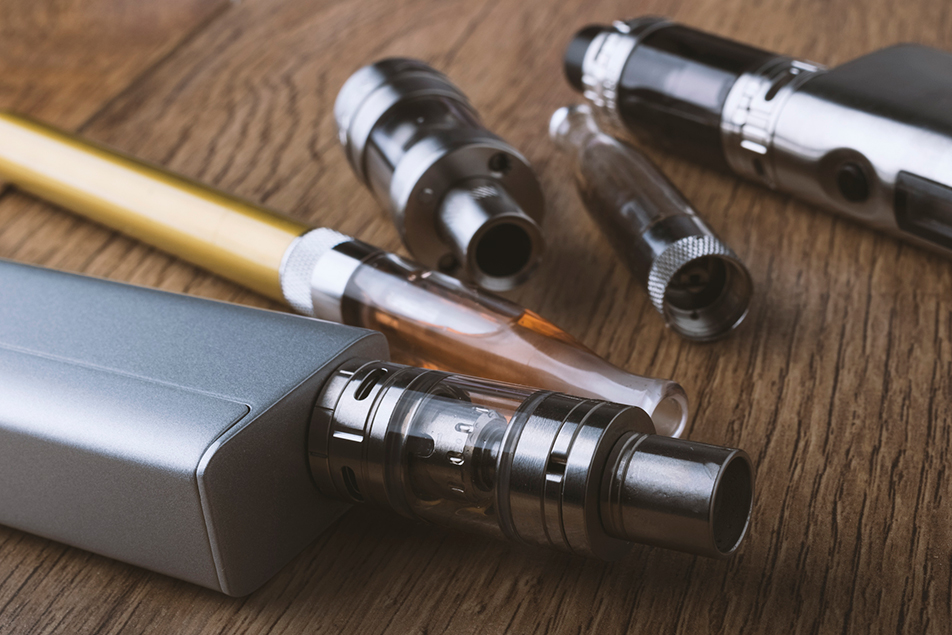 Shoppers at Vermont dispensaries may have noticed that cannabis vapes can be hard to find – and when they are available, they’re one of the most expensive items on the shelf.

Clocking in as high as $70 for a half gram or over $100 for a full gram cartridge in some places, vape cartridges – and their accessories – both carry hefty price tags in the Green Mountain State.

On July 1 of 2019, the state of Vermont placed a 92% wholesale tax on all E-Cigarette devices and products, intended to deter youth access to tobacco vaping products. The language in the bill, however, grouped other vaporizers in with nicotine products.

“They used language that was so broad that it affected the cannabis industry.” — Founder Tito Bern, Bern Gallery/Dispensary.

“It was initially meant to fight high school Juul use, and I think we can all agree that’s a bad thing that needs attention, but they used language that was so broad that it affected the cannabis industry,” said Tito Bern, founder of Bern Gallery and pending downtown Burlington retailer Bern Dispensary.

Bern has been advocating for this issue for some time now, and was working closely with former State Representative Debbie Ingram, one of the original sponsors of the e-cigarette bill. Ingram, Bern said, was working on new language with State Attorney Rebecca Wasserman – but before further progress could be made, Ingram wasn’t re-elected.

“It was like all the work I did was just erased in an instant,” Bern lamented.

Businesses can barely break even after the e-cigarette tax, which is applied to wholesale purchases, and consumers end up paying nearly double on products.

Due to limited research, it’s hard to prove that vaping cannabis is a safer alternative to smoking, but those believe that to be true point to the way it vaporizes the flower or oil without reaching the point of combustion. For many users who vape, it’s their preferred method of consumption.

“It’s unfortunate, because to me, from a public health perspective, we much prefer people in Vermont to purchase a vape cart that has been tested – we know what ingredients have been used, we know what sort of diluents have been used,” said James Pepper of the Vermont Cannabis Control Board. “We don’t want to push people to the illicit market on this.”

Anti-cannabis advocates, in recent years, have cited concerns around the potency of cannabis products and youth use as a focal point in their messaging. These efforts also influenced the 60% THC cap on solid concentrates that was upheld during the spring 2022 legislative session after a long and often contentious debate.

“This vape tax … essentially prices these products out of our market.” — Chair James Pepper, Vermont Cannabis Control Board

“That’s kind of the whole fundamental theory behind cannabis regulation in the first place, is that we’re not saying these products are safe or healthy for you,” said Pepper. “We are saying that we can do better by testing and labeling and providing some education.”

“That same logic applies to high thc solid concentrates and it applies to eliminating this vape tax which essentially prices these products out of our market,” he added.

While the tax is newly affecting regulated THC products and cartridges, it has been wreaking havoc on sales of CBD vaping devices for the past three years. This includes products such as the Pax, Volcano, and Puffco, which are dry herb and oil vaporizers.

“That tax is basically eating almost all of the profit … If we were trying to build a business off of it, it wouldn’t work.”
— Chief Scientific Officer Grayson Glosser, X-tract VT.

X-TRACTNow that the adult use market is up and running, businesses can barely break even on said products due to the e-cigarette tax, which is applied to wholesale purchases, and consumers end up paying nearly double on products.

“We’ve been selling these items at no profit, but you know, hey, at least they come in the store, maybe they buy something else. We had felt like we had to just keep this stuff for our customers and our patients and everyone else,” said Bern.

Most manufacturers are holding off on production until the tax goes away. X-tract VT, however,  is still making vape products. Though they primarily specialize in pre-rolls and edibles, they want cannabis vapes accessible to their customers.

Cannabis vapes are projected to take up about 12% of sales in the adult use market.

“It would be nice if, you know, we could actually do things with vapes. But that tax is basically eating almost all of the profit on that. If we were trying to build a business off of it, it wouldn’t work. Like we wouldn’t be able to hire people, it’d be really hard,” said Chief Scientific Officer Grayson Glosser of X-tract VT.

Nick Schuermann at Vermont NORML, along with other partners, is making efforts to come up with the best solution for both Vermont businesses and consumers, with both the industry and public health in mind.

One important thing to note, he said, is that this tax does not apply to registered medical cannabis patients in the state of Vermont. However, according to a state-sponsored research project, cannabis vapes are projected to take up about 12% of sales in the adult use market.

“It’s a pretty high number. So at the very least, we think that it’s worth looking at it to see what the best course of action is… for this 92% tax,” said Schuermann.

Legislative action will need to take place before manufacturers and retailers can make the much-needed changes that will increase consumer accessibility to vape cartridges and devices.

“These Vermont companies, they were making CBD and now we’re going to be making THC. You’re just eliminating a huge product for them to sell,” noted Bern. “It’s a huge revenue stream right there for them – it’s interesting and captivating to the young crowd.”

“It can solve so many problems at once with the tax revenue and keeping young people in the state,” Bern added.