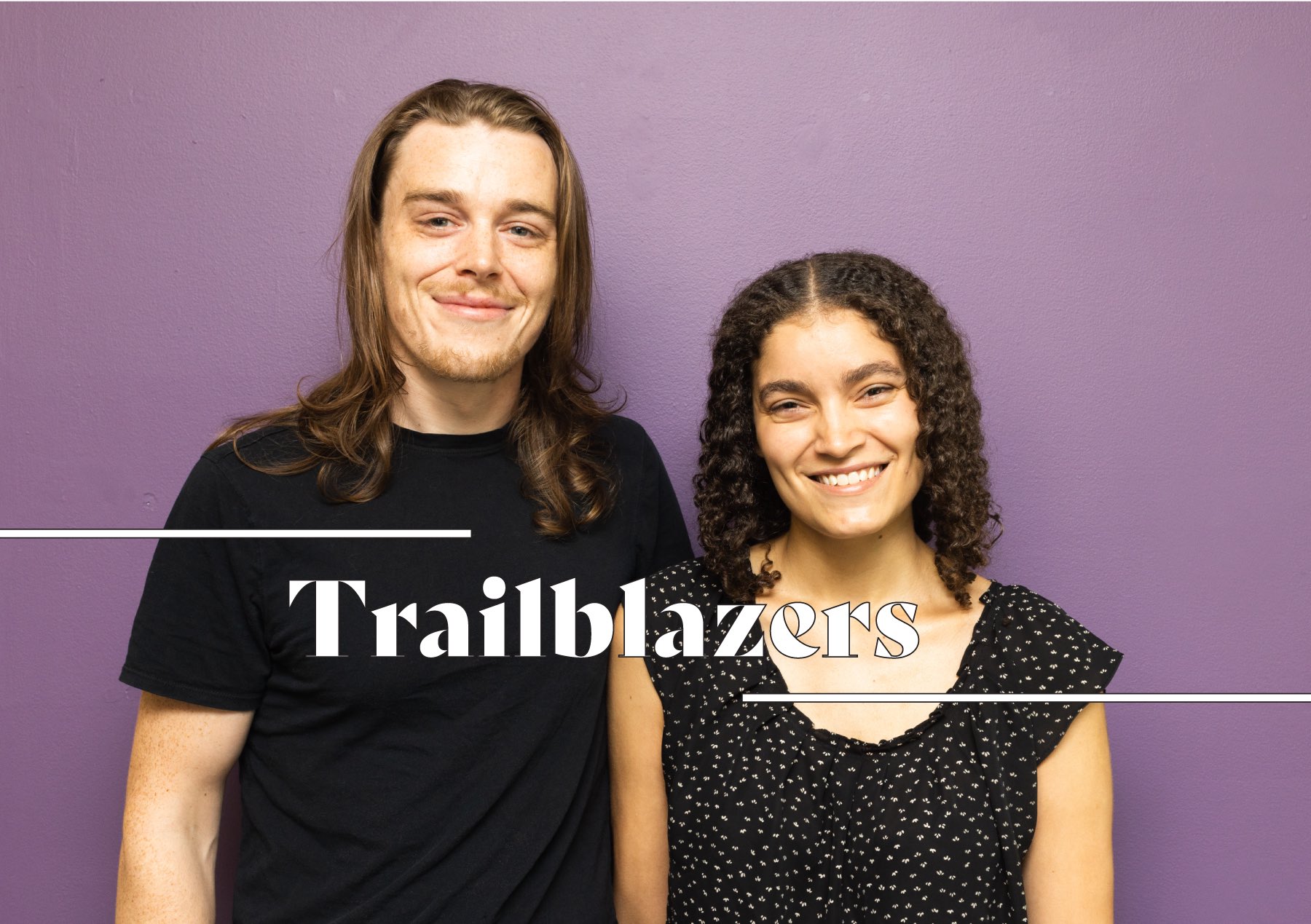 Albert and Sarah Clark, the duo behind Duke's Diesel, licensed Tier 1 cultivators. Find their flower on the shelves at Magic Mann!

Like their plants, Sarah and Albert Clark of Duke’s Diesel are growing their business from the ground up. Named for their lovable chocolate lab – and the brand’s mascot – Duke, these Chittenden County cultivators launched their business after becoming licensed earlier this year, armed only with grow experience, some savings, and a lot of elbow grease.

“Originally… My husband started growing for personal use. And then we kind of saw that the market was going to be opening up for recreational use, and we decided this was kind of a once in a lifetime opportunity to get in on something like that,” said Sarah Clark. “So we took all of our money that we were going to use for a house and put it toward starting a business.”

By wintertime, customers can expect to see strains such as Five Alive, Bruce Banner 2.0, and Moby Dick which are currently in vegetative stage.

The duo are licensed Tier 1 cultivators bringing several strains to the new market this fall. So far, the Duke’s Diesel lineup currently on store shelves includes Black Widow and Runtz.

By wintertime, customers can expect to see strains such as Five Alive, Bruce Banner 2.0, and Moby Dick which are currently in vegetative stage.

For now, they plan to deliver their products in bulk and have retailers handle elements like packaging and labeling. However, the Duke’s team hopes to expand on this as they grow their business.

“Hopefully in like a year, when we expand and get the help, we can have a fancy label on there and have our brand actually on our package coming out of our establishment,” said Albert Clark.

So far, the Duke’s team has done everything themselves – from remodeling floors and walls to growing and harvesting and trimming the cannabis itself.

While it’s just the beginning of their cannabis journey, the Clarks have plenty to focus on right now, and plenty to look forward to as well.

“The goal is to eventually expand and possibly tier up, and possibly get into manufacturing because I would like to do edibles at some point. And if we do tier up, possibly hire [more] people as well, and give people good employment,” said Sarah .

So far, the Duke’s team has done everything themselves – from remodeling floors and walls to growing and harvesting and trimming the cannabis itself. They plan to continue investing in their business as they start to receive their first paychecks.

“Once we get our paychecks coming in, the plan is to put all that money back into the business and buy more lights, we have a bunch of rooms we gotta remodel basically. So we gotta get all those rooms set up and eventually we’d like to have rooms with different temperature settings and environments,” said Sarah.

“Maybe in like three years, we may try and open up a retail store,” Albert added.

As the market continues to roll out, cannabis consumers are now able to roll up Duke’s Diesel flower, now available at Essex retailer Magic Mann. Look for Duke’s on the shelves at more stores in Chittenden and Addison County soon!

This article is part of a regular series, Trailblazers, highlighting entrepreneurs entering the legal cannabis space.