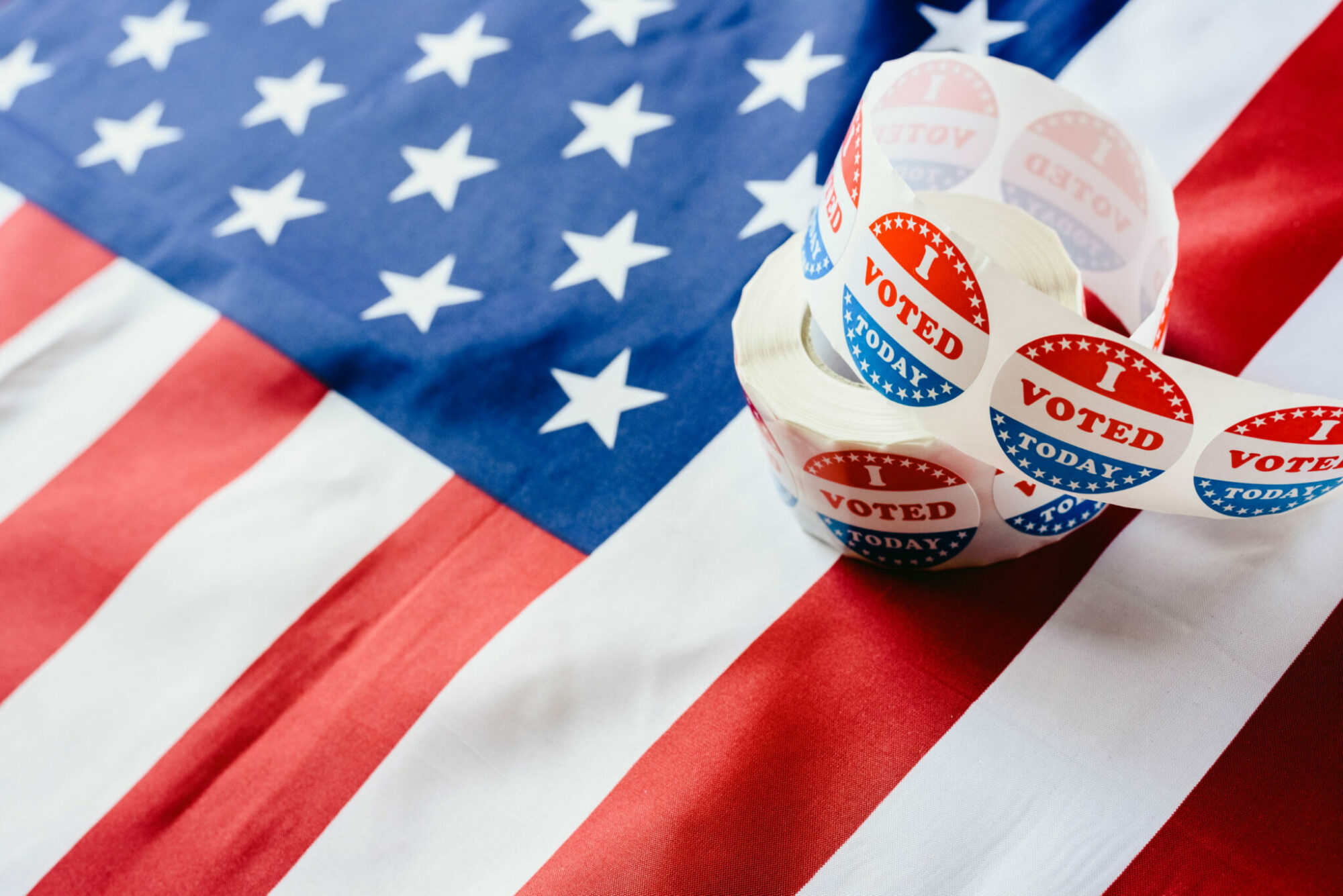 I vote today stickers roll, in US elections on American flag.

Editor’s Note: This story was updated on November 11 with results of the psychedelics ballot measure in Colorado.

During the U.S. midterms on Tuesday, voters across the US weighed in on a variety of ballot measures, voting on everything from legalizing cannabis and psychedelics to abortion rights, to prison labor and the climate crisis. Check out our roundup of the U.S. Midterm Election Results in cannabis, reproductive rights and more:

Multiple states voted on whether or not to legalize cannabis yesterday, part of a growing “green wave” of states that have approved adult possession, consumption and/or sales of cannabis. As of today, that includes 21 states and the District of Colombia.

Cannabis on the Ballot in Five States

Legalization was on the ballot in five states on Tuesday. Maryland and Missouri voters both passed legalization ballot measures, while Arkansas, North Dakota and South Dakota voters rejected weed legalization.

Maryland was generally considered the most likely to pass, with multiple surveys signaling likely success, and a number of other states in the region already having enacted legalization.

In the referendum language, voters were asked: “Do you favor the legalization of the use of cannabis by an individual who is at least 21 years of age on or after July 1st, 2023, in the state of Maryland?”

Now that the measure has been approved by the state’s voters, it will trigger the implementation of a complementary bill intended to set basic regulations for an adult-use cannabis program in Maryland. That industry could start “as soon as” July 1, according to the Baltimore Sun. The vote also means that adults 21 and over can legally grow up to two cannabis plants at home starting July 1.

On an additional note, Wisconsin voters in three counties and five municipalities across the state made their voices heard on marijuana legalization on Tuesday through non-binding advisory questions on their local ballots.

In Colorado, a ballot initiative to legalize possession of certain psychedelics and create psilocybin “healing centers” was still too close to call as of publish time on Wednesday, November 9.

As of Friday afternoon, just more than 52% of the state’s votes were cast in favor of Proposition 122, or the National Medicine Health Act of 2022.

A quick roundup of the top cannabis and psychedelic vote results in states and cities:

Elsewhere, voters weighed up measures on abortion access in the wake of the supreme court’s overturning of Roe v Wade. Vermont became the first state in the U.S. to enshrine abortion rights in its constitution as voters passed Prop 5.

Voters in California also opted to protect abortion rights in the state constitution, while in Michigan – a closely watched presidential battleground – voters approved a ballot measure affirming the right to make personal reproductive decisions without interference.

Climate: California also rejected a ballot measure developed by a coalition of environmental and labor groups that would have raised taxes on the richest residents to address global heating by helping put more electric vehicles on the roads.

Sports Betting: Also in California, a pair of competing measures that would have legalized sports betting in the state – and became the most expensive ballot initiative campaign in US history – failed by a landslide. Sports betting has been legalized in 30 states in the US but not in California, making it a large untapped market for gambling interests.

Flavored Tobacco: Separately, California voted to ban flavored tobacco sales in the state, marking the fifth state in the US to do so.

Slavery: In three states, Alabama, Tennessee and Vermont, voters approved measures to ban slavery and involuntary servitude as a punishment for crime, while Oregon remained too close to call. Meanwhile, in Louisiana, voters rejected a ballot question asking whether they supported a constitutional amendment to ban involuntary servitude in the criminal justice system.