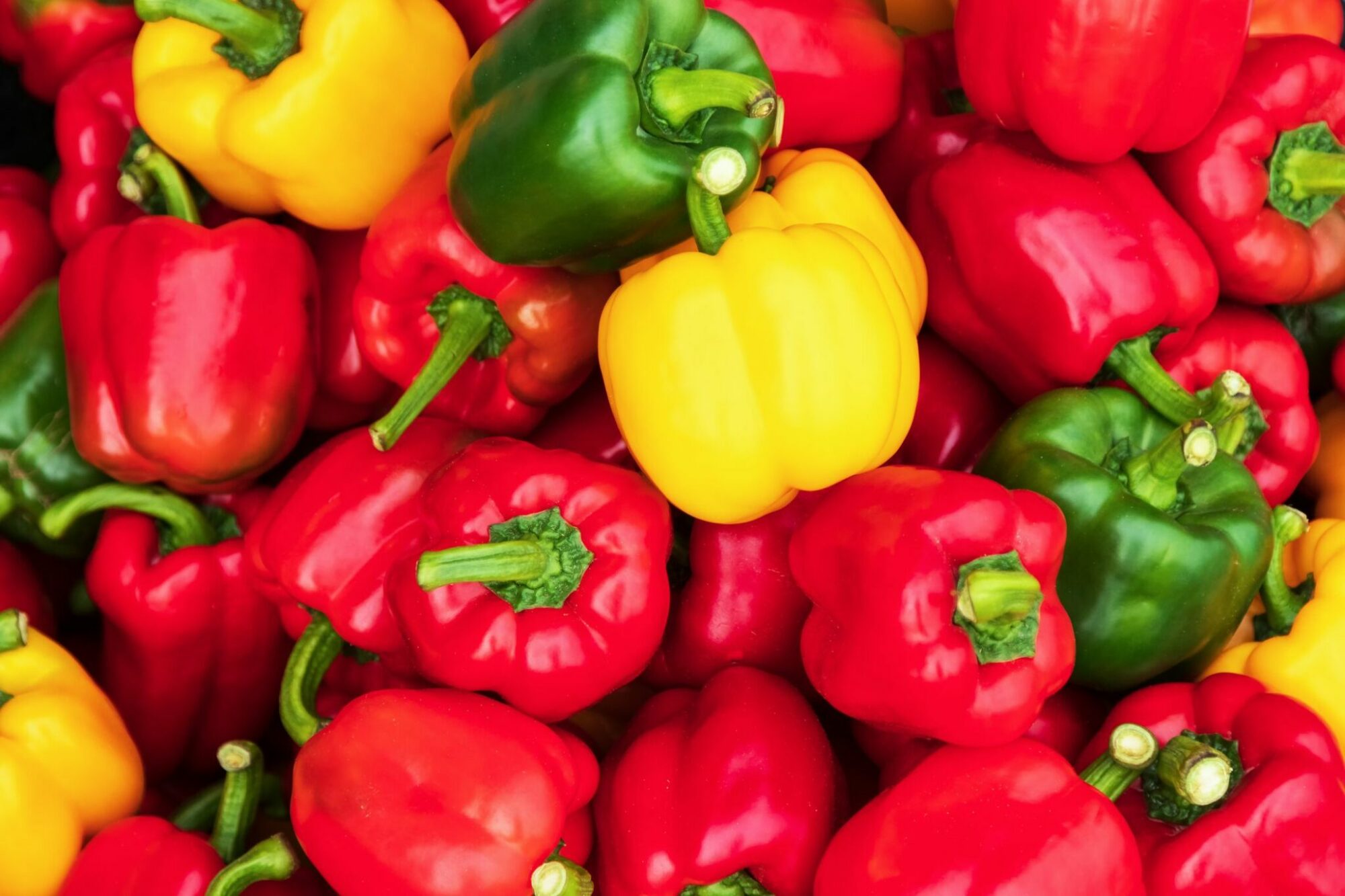 The terpene carene is found in bell peppers.

Delta-3-carene (also known as 3-carene or simply carene) is a bicyclic monoterpene commonly found in rosemary, bell peppers, and cedar trees. Its sweet, pungent aroma mimics pine and citrus, making it a popular ingredient to use in cosmetics and fragrances.

Carene has been shown in studies to have a positive influence on bone health, combat fungal infections, even potentially helping to improve neurological issues like memory retention and concentration.

You can find this terpene in cannabis strains such as OG Kush, Super Lemon Haze, and AK-47. Stop into your closest locally-owned dispensary to try some high-carene strains for yourself!

Similar to many other terpenes, carene is most frequently used in the culinary and cosmetic industries. With a noticeable citrus flavor, carene is widely used in food flavoring. An earthy, pine scent tends to dominate this terpene’s aromatic profile and lends itself nicely to the production of certain perfumes and scented cosmetics.

Interestingly, carene is also a primary component of turpentine and acts as industrial-strength insect repellent. It is also found in rosemary, bell peppers, basil, pine, cedar, and cannabis.

Looking for a high that keeps you alert and doesn’t make you feel like you have memory loss? Look no further than the list below. Carene has been known to elicit alertness and concentration, particularly when combined with other terpenes that have pine and citrus in their profiles.

Here are some strains with higher-than-average amounts of 3-carene:

It should also be said that carene contributes to the dreaded experience that is ‘cotton mouth’ and, less dreaded but equally as bothersome, bloodshot eyes. This terpene has the ability to dry out bodily fluids, including saliva. Its properties also induce blood vessel dilation which in turn increases blood flow to the eyeballs.

While a dry mouth is rarely ideal, the biological mechanism of carene that dries bodily fluids could potentially benefit individuals who suffer from an excess of fluids. One medical cannabis resource speculates that this feature of the terpene could prove helpful in certain cases such as an ALS patient who deals with an overabundance of saliva. Other areas for potential research include, excessive menstruation, hyperactive sweat glands, postnasal drip, etc.

A study from 1989 investigated the potential anti-inflammatory properties of this terpene and found it was active against acute inflammation. A study from 2007 indicates that the addition of carene to the diet through natural additives is likely to have a beneficial effect on bone health. Further research found that carene produced significant anti-inflammatory activity against edema in rats.

Carene also has a stimulating effect on the brain and has demonstrated increased cognition and memory in its users. These reported effects are due to carene’s ability to promote neurogeneration and neuroprotection. There is much need for research in this area as this terpene’s properties could contribute to the treatment of neurodegenerative diseases like Alzheimer’s, dementia, and Parkinsons.