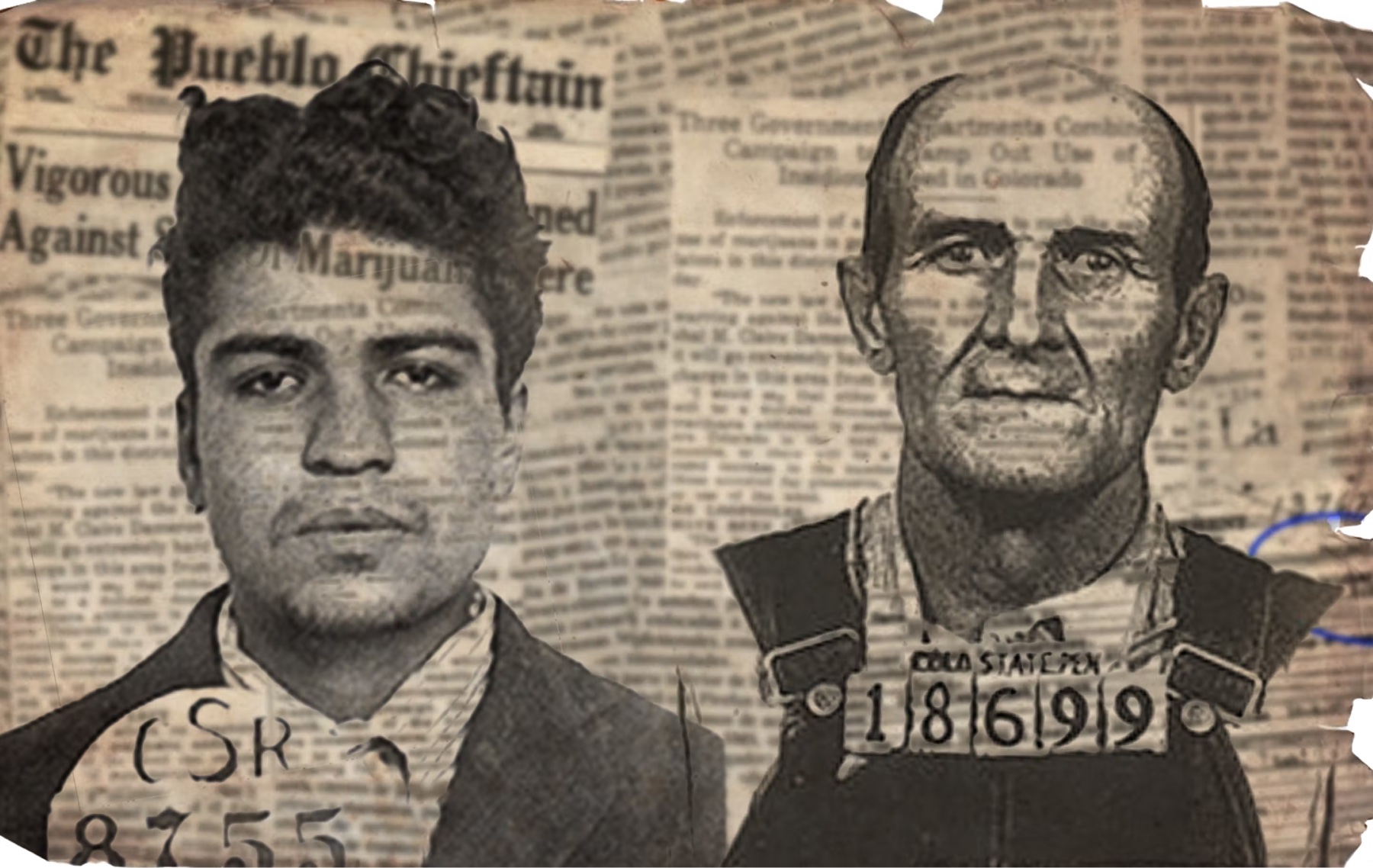 Moses Baca and Samuel Caldwell were the first two Americans arrested and imprisoned in the federal government’s eight-decade war on cannabis.

Days and hours after the Marijuana Tax Stamp Bill was enacted on October 1, 1937 to effectively outlaw cannabis, Moses Baca and his 57 year-old weed dealer, Samuel R. Caldwell, were arrested for cannabis-related charges.

Baca and Caldwell are believed to be the first individuals charged and imprisoned for cannabis offenses.

While many of the victims of prohibition remain locked away or suffering ill effects, businessmen and investors are now making millions of dollars from cannabis products in adult-legal states.

Over the seven decades following, possessing even the smallest amounts of cannabis was enough to send people to prison for lengthy and wildly disproportionate terms – and still is in many areas of the country today. These laws have been, and continue to be, used to target, harass, and disrupt communities, in particular those of color.

And the last ten or so years have added even more insult to injury: While many of the victims of prohibition remain locked away or suffering ill effects, businessmen and investors are now making millions of dollars from cannabis products in adult-legal states.

Today, the community uses October 5 as a day to remember all individuals have been harmed by prohibition.

After a decade of U.S. government scare propaganda that convinced Americans that crazed Mexicans, blacks and fans of jazz clubs were pushing marijuana “reefers” on school children and honest youths, turning them into raving murderers, politicians decided to act.

The Marihuana Stamp Tax Act, which effectively outlawed cannabis, was approved on August 2, and went into effect on October 1, 1937.

Barely two days later, Moses Baca was arrested in the wee hours of October 3 in Denver’s Five Points neighborhood; Samuel Caldwell was taken in two days later, on October 5. Both pleaded guilty. Both were sentenced by federal Judge J. Foster Symes on October 8.

Baca got 18 months for possessing a quarter-ounce. Caldwell had been caught selling three joints—not to Baca but to a fellow named Claude Morgan, whose fate is lost to history—and was also caught in possession of four pounds of cannabis, which he’d smuggled over the state line from Kansas. As a trafficker, Caldwell received a heavier sentence of four years hard labor in prison.

Drug War architect Harry Anslinger was so passionate about the implementation of the 1937 Marihuana law that he traveled two days by rail to attend the trial and sentencing of both Caldwell and Baca.

Caldwell’s wares deeply offended Judge Foster Symes, who said: “I consider marijuana the worst of all narcotics, far worse than the use of morphine or cocaine. Under its influence men become beasts. Marijuana destroys life itself. I have no sympathy with those who sell this weed. The government is going to enforce this new law to the letter.”

Drug War architect Harry Anslinger was so passionate about the implementation of the 1937 Marihuana law that he traveled to Denver from Washington D.C.—a two-day trip by rail—in order to attend the trial and sentencing of both Caldwell and Baca.

Caldwell was sentenced to four years of hard labour in Leavenworth Penitentiary, plus a $1,000 fine. Baca received 18 months.

Caldwell’s wares deeply offended Judge Foster Symes, who said: “I consider marijuana the worst of all narcotics, far worse than the use of morphine or cocaine.”

After sentencing, Anslinger went out of his way to praise the prosecutors for “showing the way” for other district attorneys.

Both men served the entirety of their sentences, with Caldwell dying shortly after his release.

Today, cannabis advocates hold October 5 as a day of remembrance: The Commemoration of the Victims of Prohibition.

Recommended Reading: Marijuana Prohibition
Began With These Arrests in 1937 by Daniel Glick

Speaking of October 5: There is a LOT of misinformation in recent articles celebrating “weed holidays” around the dates of these specific arrests. Caldwell was, in fact, arrested on October 5, while Baca was arrested two days before on October 3. They were both sentenced on October 8.

We have referenced our dates and fact checking in an absolutely phenomenal Leafly special feature by Daniel Glick about Baca and Caldwell, and recommend bookmarking it for a later 20-minute read!