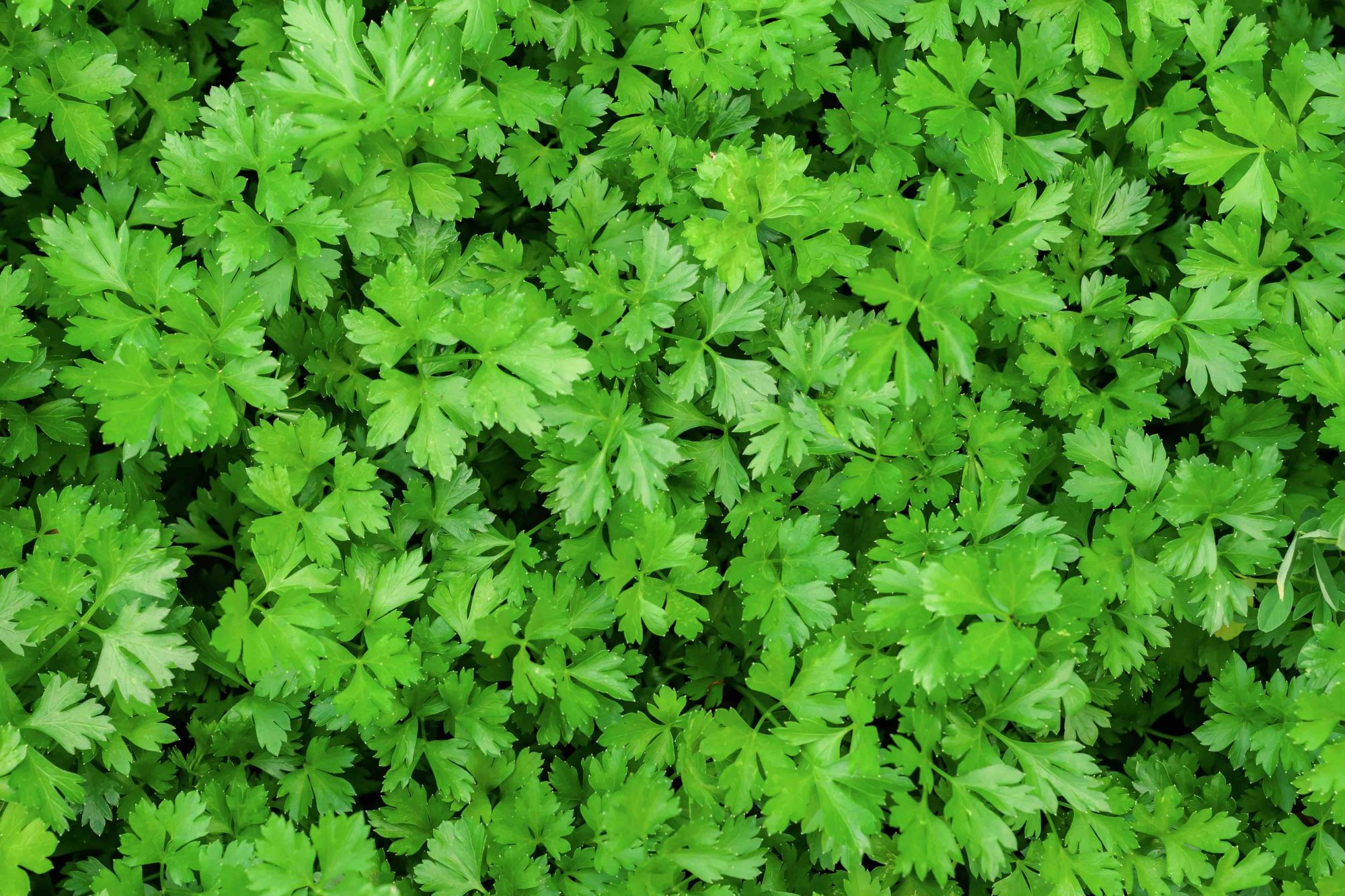 Ocimene is a monoterpene found in various plants and fruits, and bears a sweet, woodsy scent. In nature, mint, parsley, tarragon, kumquats, and mangos are a few of the natural sources of ocimene. Cannabis strains such as Clementine include this terpene.

As an acyclic terpene similar to myrcene, ocimene and its chemical variant beta-ocimene are unstable in air and nearly insoluble in water. Ocimene has a notoriously low boiling point and is soluble in some common organic solvents, such as acetone or ethanol.

Similar to the borneol and guaiol terpenes, ocimene displays a strong, woody aroma with undertones of citrus. Some may perceive subtle nuances of lavender or metallic scent when experiencing the ocimene terpene in cannabis. Whatever the scent, it is not a favorite among insects, as the unique ocimene smell may be present in certain insecticides — a common usage for many terpenes.

Pests like aphids, which are highly detrimental to cannabis crops, steer clear of plants and cannabis strains with this terpene. An example of a similar function in natural-world plants is when flowers secrete citrus oil to detract mosquitos but attract bees.

In addition to insecticides, ocimene benefits may present a number of other industrial and practical uses. These may include antiperspirants, fabric softeners, shampoo, soap, and hard-surface cleaners. If you’ve ever used one of these products touting a woodsy or forest scent, then you may have encountered ocimene.

Perfumes featuring woodland or herbal notes may also contain traces of ocimene. The herbal undertones of ocimene will reveal themselves if you’re cooking a dish that is sprinkled with pepper or parsley.

In scientific research, this terpene has demonstrated possibilities in having certain antifungal, anti-inflammatory, and antiviral properties, though more research is needed in these areas.

The Journal of Natural Medicines published a study in 2015 that investigated ocimene as part of a blend of components against yeasts and molds. The researchers determined that ocimene, in concert with other elements, may be useful as an antifungal agent.

The ocimene terpene was studied as an element of Oenanthe crocata essential oil in a study published in 2013 in the Food and Chemical Toxicology journal. Researchers noted strong anti-inflammatory activity, as well as antioxidant and antifungal properties, from the oil containing ocimene. Similar to the study from the Journal of Natural Medicines, this study revealed a possible combative effect against ringworm, and researchers recommended the oil for the management of other inflammatory diseases.

This 2014 study shows that ocimene derived from flowers of the Citrus Unshiu plant, a close relative of the mandarin orange, had highly effective anti-inflammatory properties. Gas chromatography- mass spectrometry (GC-MS) was used for a chemical composition analysis of the flower’s essential oils.

The study revealed that ocimene made up 5.6% of the oil’s chemical constituency. The study also found supporting evidence that these oils have the potential to suppress the production of several different inflammatory substances emitted by the immune system.

In another study, researchers uncovered that the Ocimene terpene may offer benefits for people living with diabetes. The authors of the study suggest that black pepper oil acts as an antioxidant and may inhibit enzymes that cause diabetic symptoms.

Aroma: Sweet and herbaceous, with a citrusy and woodsy undertone 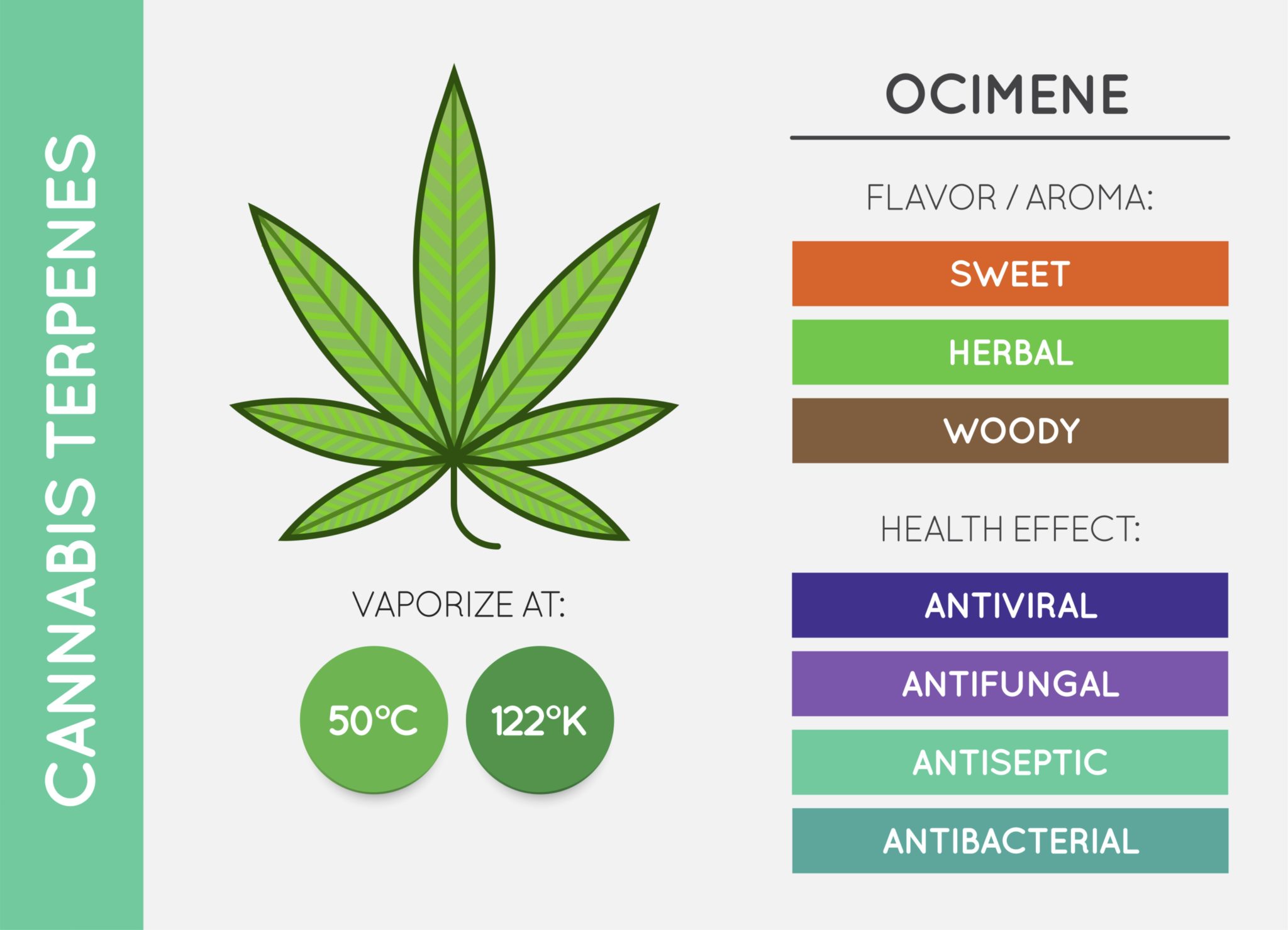