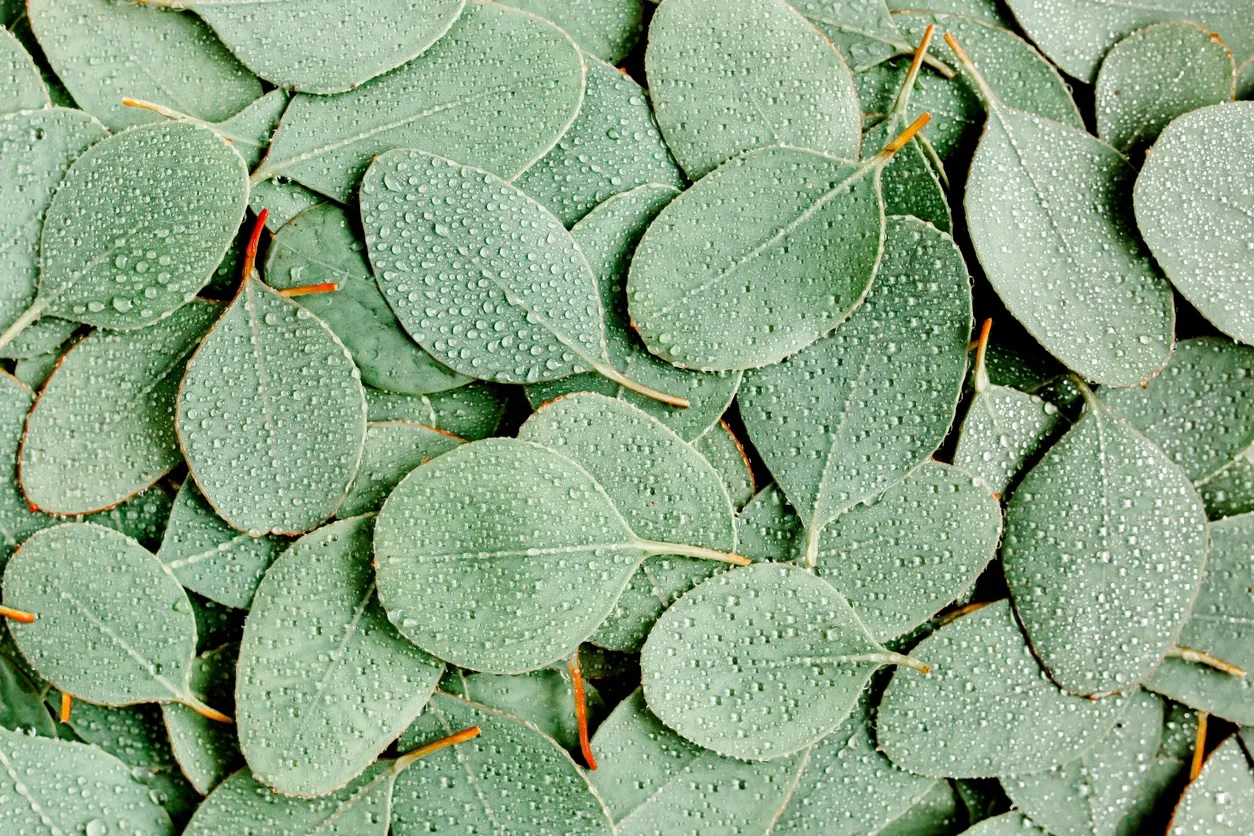 Eucalyptol, sometimes referred to as cineol, is a terpene found in eucalyptus trees, and other commonly used plants such as cardamom, sage, bay leaves and tea tree.  It exudes a camphoraceous, minty aroma reminiscent of eucalyptus. Studies suggest eucalyptol is effective in treating sinus pain, decreasing blood pressure and improving cognitive function in those with dementia.

Eucalyptol was first discovered by French chemist Stanislas Cloez in 1870. But long before that discovery, herbal medicine touted eucalyptus as a cough suppressant, mood enhancer, and antibacterial agent.  This well-documented terpene has a versatile range of applications in the skincare and wellness industries.

Though not a major cannabis terpene, eucalyptol is found in a number of strains including Girl Scout Cookies and Super Silver Hazee.

Eucalyptol is known for possessing pain-relieving, anti-inflammatory, and antioxidant properties, and has been shown to be an effective treatment for nonturbulent rhinosinusitis. Though not a major cannabis terpene, eucalyptol is found in a number of strains including Girl Scout Cookies and Super Silver Haze.

Also known as cineol, eucalyptol is most abundant in the eucalyptus tree, comprising over 80% of the plant’s total essential oils. This terpene is also present in cannabis, rosemary, oregano, cloves, bay leaves, sage, sweet basil, and the camphor tree.

Eucalyptol is a versatile terpene; you may find it in your medicine cabinet, at the spa, or in a sweet treat. You’ve probably taken eucalyptol in the form of cough drops or a bottle of mouthwash. This terpene has a wide range of applications, from its prominent use in the skincare industry and a massage oil and aromatherapy product.

Many wellness companies advertise eucalyptol to treat cold and sinus infections due to its bronchodilating properties.

Many wellness companies advertise eucalyptol to treat cold and sinus infections due to its bronchodilating properties. The tobacco industry has also used eucalyptol to its advantage, adding it to cigarettes to improve flavor.

Low doses of eucalyptol can be a culinary ingredient, but high doses can be toxic, negatively impacting the respiratory tract, reproductive system, and nervous system. Similar to other terpenes, such as cedrene, eucalyptol may constitute the chemical formulas of commercial insecticides.

Eucalyptol isn’t one of the major cannabis terpenes like myrcene or humulene. However, it’s arguably one of the most important minor terpenes in the plant. Some strains have higher levels of eucalyptol than others. Here are a few strains with high levels of this terpene:

One of the most common uses of eucalyptol is to relieve sinus and nasal congestion. Specifically, double-blind, randomized, placebo-controlled clinical trials suggest it’s safe and effective for the treatment of rhinosinusitis, or a common sinus infection.

One of the most common uses of eucalyptol is to relieve sinus and nasal congestion.

There is also evidence that it can effectively treat pain. In one study, recipients of total knee replacement surgeries reported a decrease in pain and demonstrated a decrease in blood pressure when using eucalyptol by comparison to almond oil.

Moreover, eucalyptol has been shown to have potential benefits for cognitive function in elderly people. In a study of eucalyptol’s effect on the cognitive function of cognitively impaired nursing home residents, patients’ Dementia Behavior Disturbance Scale (DBD) scores improved significantly after taking it, even though no subject reported perceiving the scent. 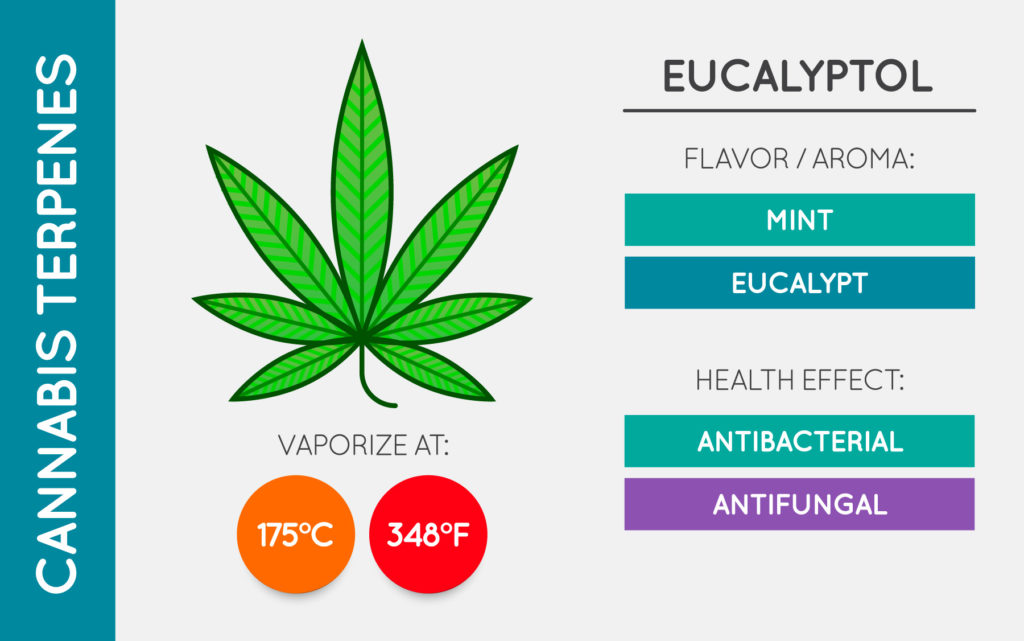