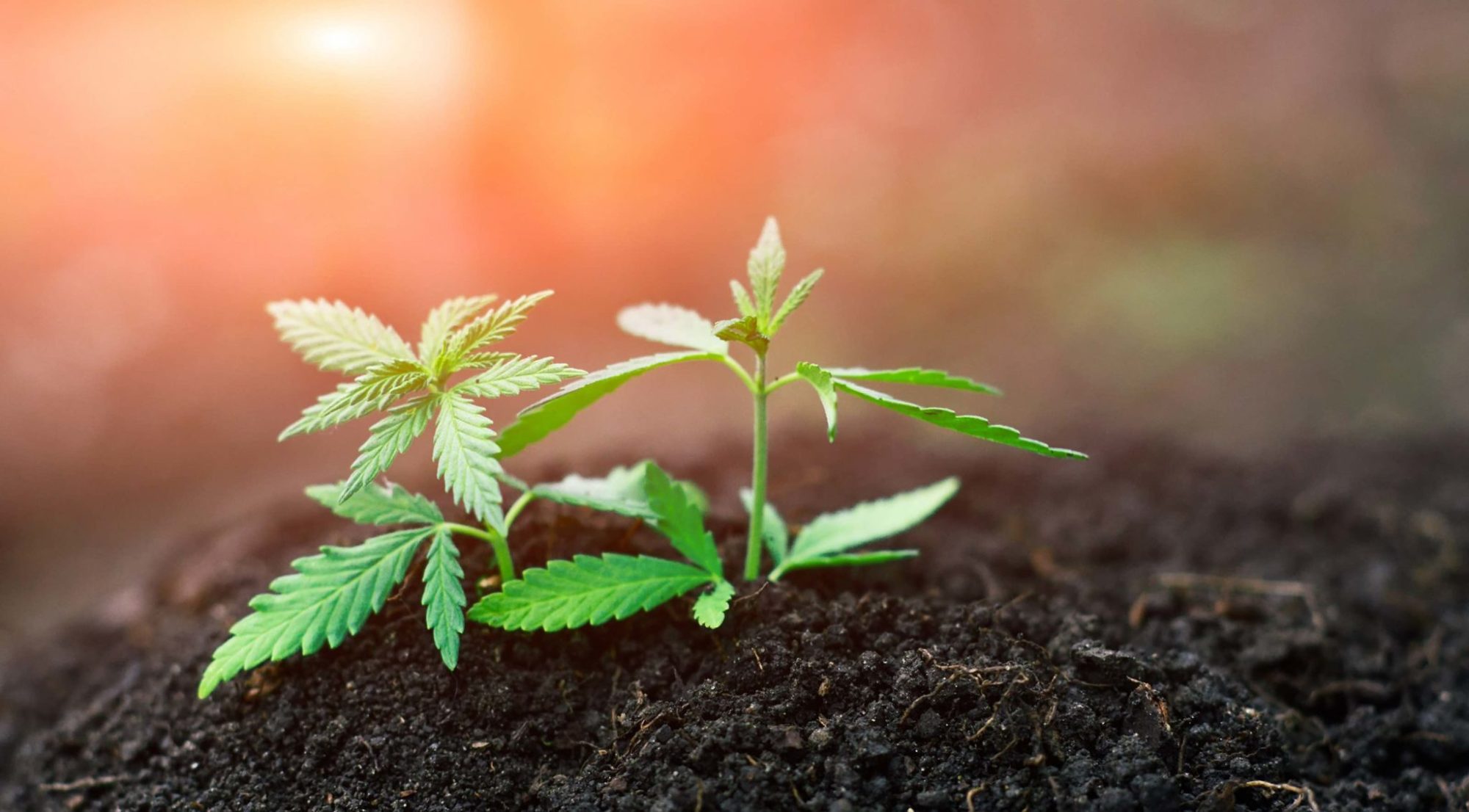 The Board has maintained approving several applications a week since the process began. Last week, seven were granted approval and received their licenses. All seven are cultivators. The eight that were approved since last week are all cultivators save for one, a testing laboratory. They are as follows:

Notably, this round of approvals was the first to include first general priority status licenses, which includes Off Piste Farm, Birdland LLC and Bia Diagnostics. Until today, all licenses approved have been priority (social equity) or expedited (economic empowerment) status.

Notably, this round of approvals was the first to include first general priority status licenses. 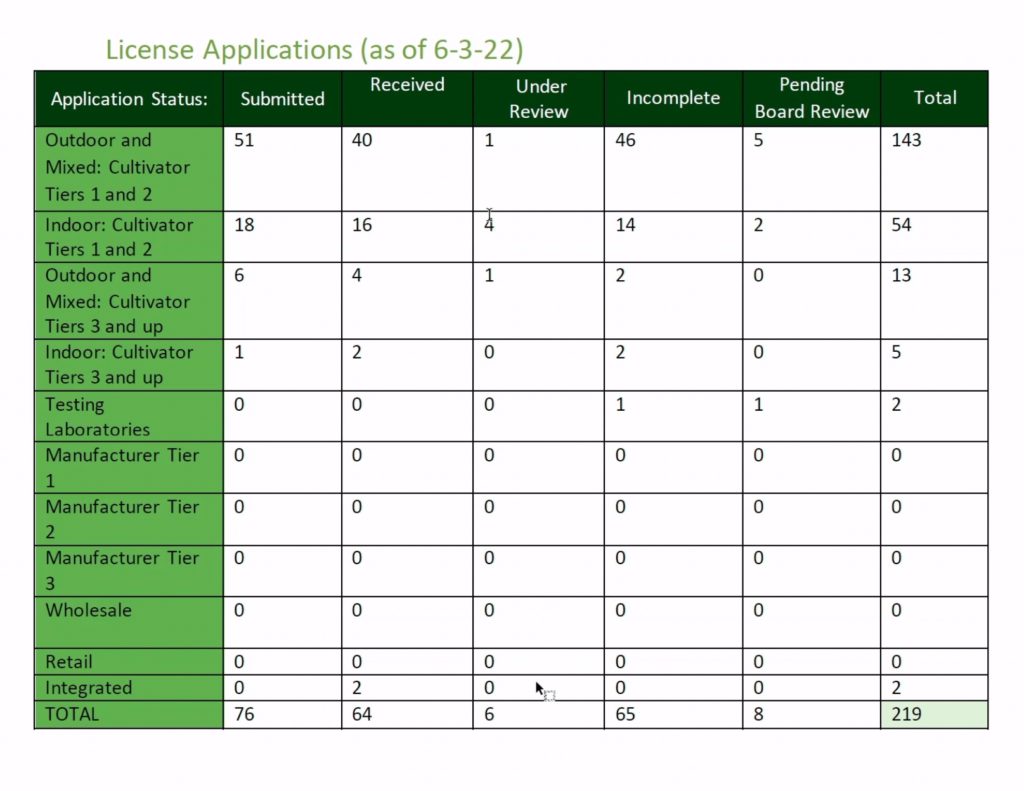 “There’s a difference between someone who has been negatively impacted by cannabis prohibition and someone who is flagrantly violating the law,” Pepper said.

As of June 2, there have been 37 Social Equity applications submitted for prequalification. Since last week, the Board has approved one and is recommending it receives Social Equity Status. In addition, three applicants who filed under Social Equity Status were denied due to not meeting the outlined criteria for this status.

As has been mentioned at previous Board meetings, applicants are encouraged to closely consider what they name their business. It is written into statute that the name of a cannabis business cannot be potentially appealing to someone under the age of 21.

This week, Board member Julie Hulburd expressed some concern regarding two different business names. Fantasia Farm and Sugar Shack “gave her pause” when considering approval due to the winsome nature of these names.

“They gave me pause as I was scrolling through but I’m on the fence,” Hulburd said. “The word fantasia existed before they made it a [kids’] movie,” she noted. As for Sugar Shack, one member mentioned how that name might cause alarm in states other than Vermont due to the significance of the state’s maple syrup industry.

The Board concluded that when it comes to business names and adhering to the rule against appealing to the youth, advertising will matter the most. So long as a business, such as Sugar Shack, doesn’t use imagery like candy, for example, the Board doesn’t find issue with a name like that. Applicants with names of this nature are encouraged to think about how their name might interfere with their ability to advertise as they wish.

“They’re cool and clever names,” said Board member Kyle Harris. “But I think we all just need to be on the same page and respect how certain folks in the Vermont community could determine business names like this and what it signals.”

The Board also took time during today’s meeting to remind applicants about the importance and necessity of a fire safety plan. Applications will not be reviewed until applicants have successfully communicated with Vermont Division of Fire Safety Regional Manager Landon Wheeler regarding their fire safety plans and requirements.

Trailblazers: Red Clover Analytics Prides Itself on ‘A Better Standard’ of Testing

Yearim Plantillas of Red Clover Analytics talks about cannabis analytics and the importance of high ...