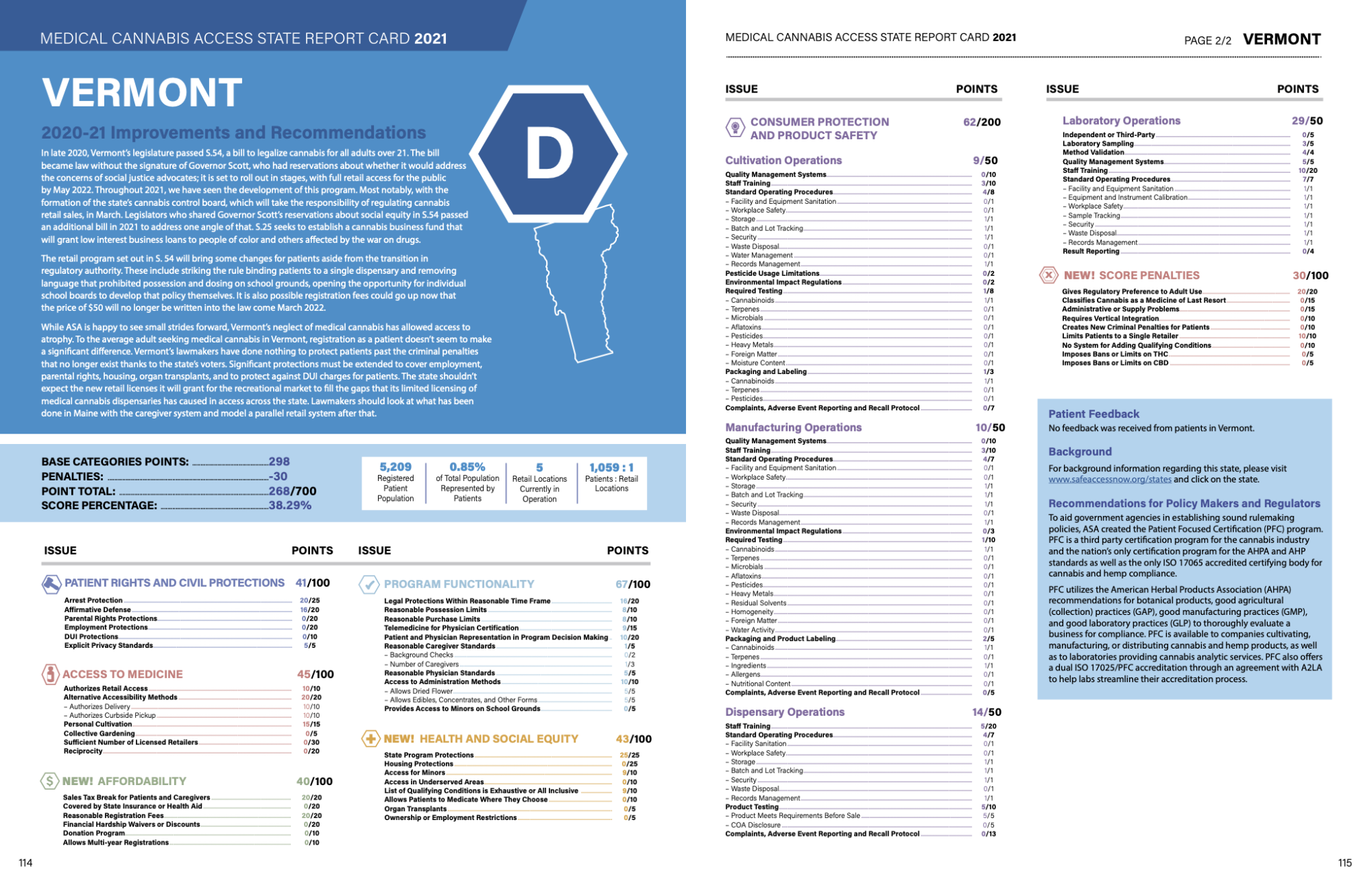 Each year, Americans for Safe Access (ASA), the nation’s largest nonprofit that represents medical cannabis patients, doctors, and researchers, prepares a report that assesses legislative and regulatory improvements in medical cannabis programs across the country.

This comprehensive report provides a detailed analysis of the state of medical cannabis programs in the 50 states, the District of Columbia, and four U.S. territories on an ‘A’ to ‘F’ scale.

The state of Vermont’s medical cannabis program was rated a “D” in the ASA report.

The retail program set out in S. 54 will bring some changes for patients aside from the transition in regulatory authority. These include striking the rule binding patients to a single dispensary and removing language that prohibited possession and dosing on school grounds, opening the opportunity for individual school boards to develop that policy themselves. It is also possible registration fees could go up now that the price of $50 will no longer be written into the law come March 2022.

While ASA is happy to see small strides forward, Vermont’s neglect of medical cannabis has allowed access to atrophy.

While ASA is happy to see small strides forward, Vermont’s neglect of medical cannabis has allowed access to atrophy. To the average adult seeking medical cannabis in Vermont, registration as a patient doesn’t seem to make a significant difference.

Vermont’s lawmakers have done nothing to protect patients past the criminal penalties that no longer exist thanks to the state’s voters. Significant protections must be extended to cover employment, parental rights, housing, organ transplants, and to protect against DUI charges for patients.

The state shouldn’t expect the new retail licenses it will grant for the recreational market to fill the gaps that its limited licensing of medical cannabis dispensaries has caused in access across the state.

Lawmakers should look at what has been done in Maine with the caregiver system and model a parallel retail system after that.

The report, published in February 2022, is available online to read and share freely.

Vermont’s report card below – view the report landing page at ASA and the full report PDF available for download. 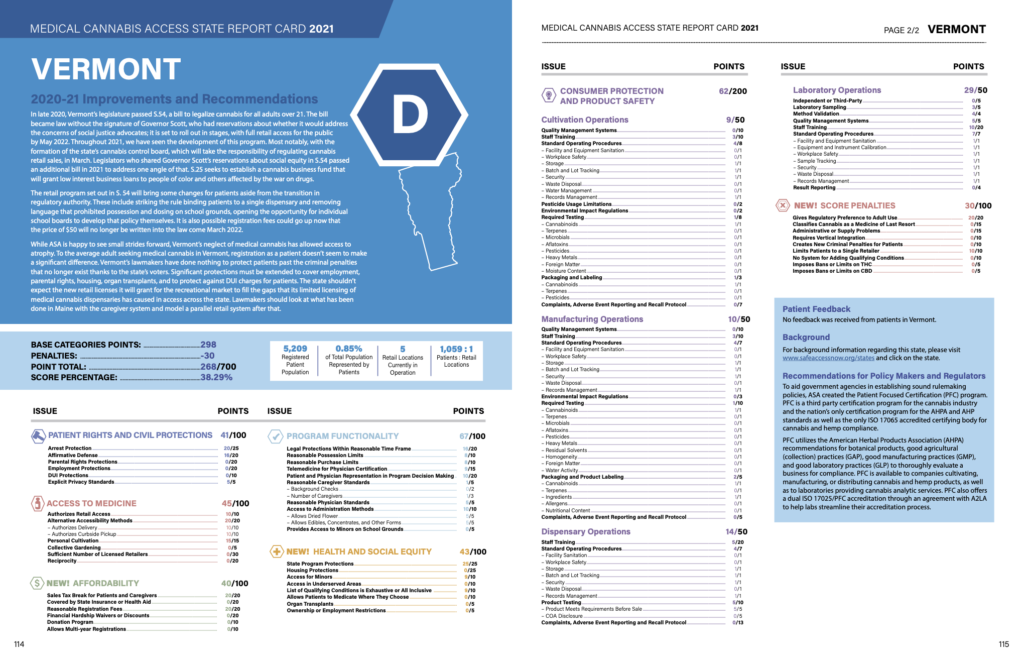