HIGH ON HISTORY: The Committee That Created America’s First In-Depth Cannabis Study – and Who They Pissed Off 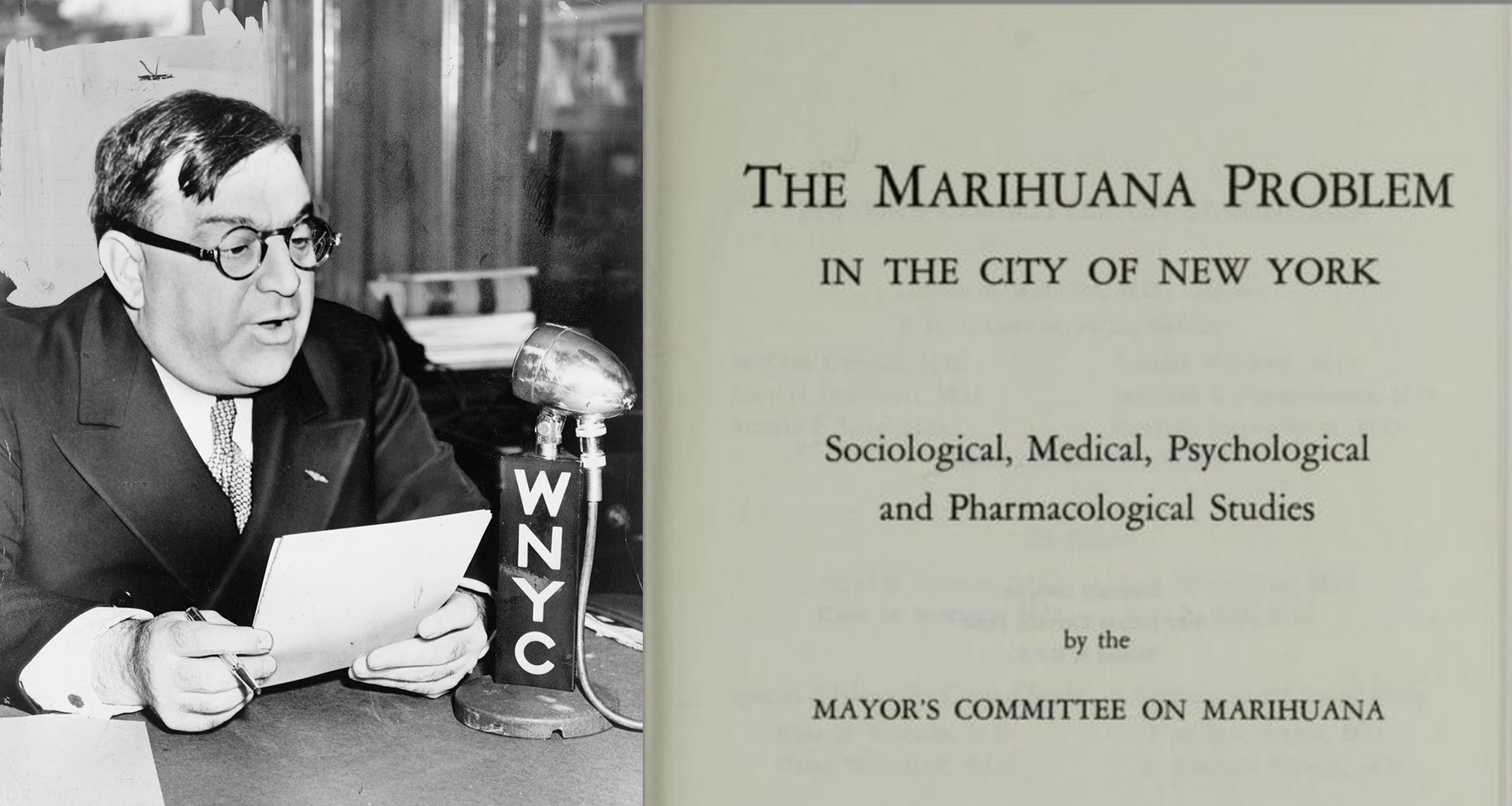 Medical and adult use cannabis regulation in the United States is undergoing a massive shift right now, the reworking of a drug regulation regime that goes back at least 75 years.

Debates about the drug are not new, however. New York Mayor Fiorello LaGuardia and a number of prominent medical researchers found themselves facing off with America’s original drug czar in the 30s and 40s, when they published a detailed study with findings that ran counter to anti-marijuana political narratives at the time.

Medical Cannabis Was Common By The 1930s

For a hundred years, from the published attestation of the medical use of Cannabis by William Brooke O’Shaughnessy in 1839, medical marijuana use had been steadily increasing, coming under more and more under medical regulation.

From the beginning, however, many demonized cannabis use. Early on, some went so far as to lump it in with opiates and their abuse.

Discussions around regulation usually sounded two concerns: first, that the material be unadulterated and eventually physician-prescribed, and second, that potential benefits could be seen to outweigh harms.

From the beginning, however, many demonized cannabis use. Early on, some went so far as to lump it in with opiates and their abuse.

By 1930, the United States established the Federal Bureau of Narcotics, with increased central control as the goal and Harry J. Anslinger as the willing head. In 1937, over the objections of the American Medical Association, he pushed through the Marihuana Tax Act.

The first dealer convicted under the Marihuana Tax Act received a sentence of four years in Leavenworth Penitentiary.

The act, now notorious in cannabis history, was an indirect means of control, as the state governments had most authority to control medicine and drugs directly. It was in fact very effective in criminalizing cannabis. Imposing annual licensing fees on producers and prescribers, it also called for a transfer fee of $1.00 per ounce to registered users, such as physicians, but $100.00 per ounce to unregistered ones—the vast majority.

This tax structure was created in an era when average American incomes were about $2,000 a year. And in fact, $2,000 was the amount of the fine that could be imposed, along with up to five years in jail and seizure of the drug. The first dealer convicted under the act, in the fall of 1937, received a sentence of four years in Leavenworth Penitentiary.

New York Mayor Fiorello LaGuardia was skeptical of the reasons behind this stringent control. At the time, he was the only authoritative voice that opposed Anslinger’s campaign against cannabis.

In 1938, LaGuardia commissioned a report from the New York Academy of Medicine on cannabis use. The LaGuardia Committee was the first in-depth study into the effects of smoking cannabis in the United States.

The LaGuardia Committee was the first in-depth study into the effects of smoking cannabis in the United States.

With the study supported by the Commonwealth Fund, the Friedsam Foundation, and the New York Foundation, an expert panel of researchers considered “The Marihuana Problem in the City of New York” (as their report was ultimately titled) from the viewpoint of sociology, psychology, medicine, and pharmacology. Their work continued for six years.

The report ran 220 pages, and La Guardia’s own foreword summarized the results:

I am glad that the sociological, psychological, and medical ills commonly attributed to marihuana have been found to be exaggerated insofar as the City of New York is concerned. I hasten to point out, however, that the findings are to be interpreted only as a reassuring report of progress and not as encouragement to indulgence[!]

There were 13 primary findings in the report included among, other things, that “juvenile delinquency is not associated with the practice of smoking marihuana”, that smoking it did not cause addiction, and that it did not appear to function as a gateway to other drugs.

Impact of the LaGuardia Commission’s Report

The report infuriated Anslinger, who was actively campaigning against cannabis. He condemned it as unscientific, and denounced Mayor Fiorello LaGuardia, the New York Academy of Medicine and the doctors who had worked for more than five years on the research, even going so far as to say that they should not conduct more experiments or studies on marijuana without his personal permission.

According to some sources, Anslinger himself commissioned the American Medical Association (AMA) to prepare a position which would reflect the one of the government. The study was conducted by the AMA between 1944 and 1945, with the objective of disproving the statements of the LaGuardia Report.

The AMA report leveraged on racism, asserting that “of the experimental group, thirty-four men were black, and only one was white”, and “those who smoked marijuana, became disrespectful of white soldiers and officers during military segregation”.

As painstaking and factual as the LaGuardia Committee’s work was, it had little effect on cannabis decriminalization at the time it was published.

In 1967, President Johnson’s Commission on Law Enforcement and Administration of Justice said, “The Act raises an insignificant amount of revenue and exposes an insignificant number of marijuana transactions to public view, since only a handful of people are registered under the Act. It has become, in effect, solely a criminal law, imposing sanctions upon persons who sell, acquire, or possess marijuana.”

Eventually, the Supreme Court found the Marihuana Tax Act unconstitutional on grounds of self-incrimination, in a suit raised by Timothy Leary in 1969.

The following year, in 1970, Congress passed the Controlled Substances Act, which placed cannabis in Schedule I, the most highly controlled category, used for drugs that have no currently accepted medical use and are considered liable for abuse even under medical supervision.

It remains there today.

HARRY J. ANSLINGER: The Murderers THE STORY OF THE NARCOTIC GANGS, 1962

13 findings of the Report, as published: