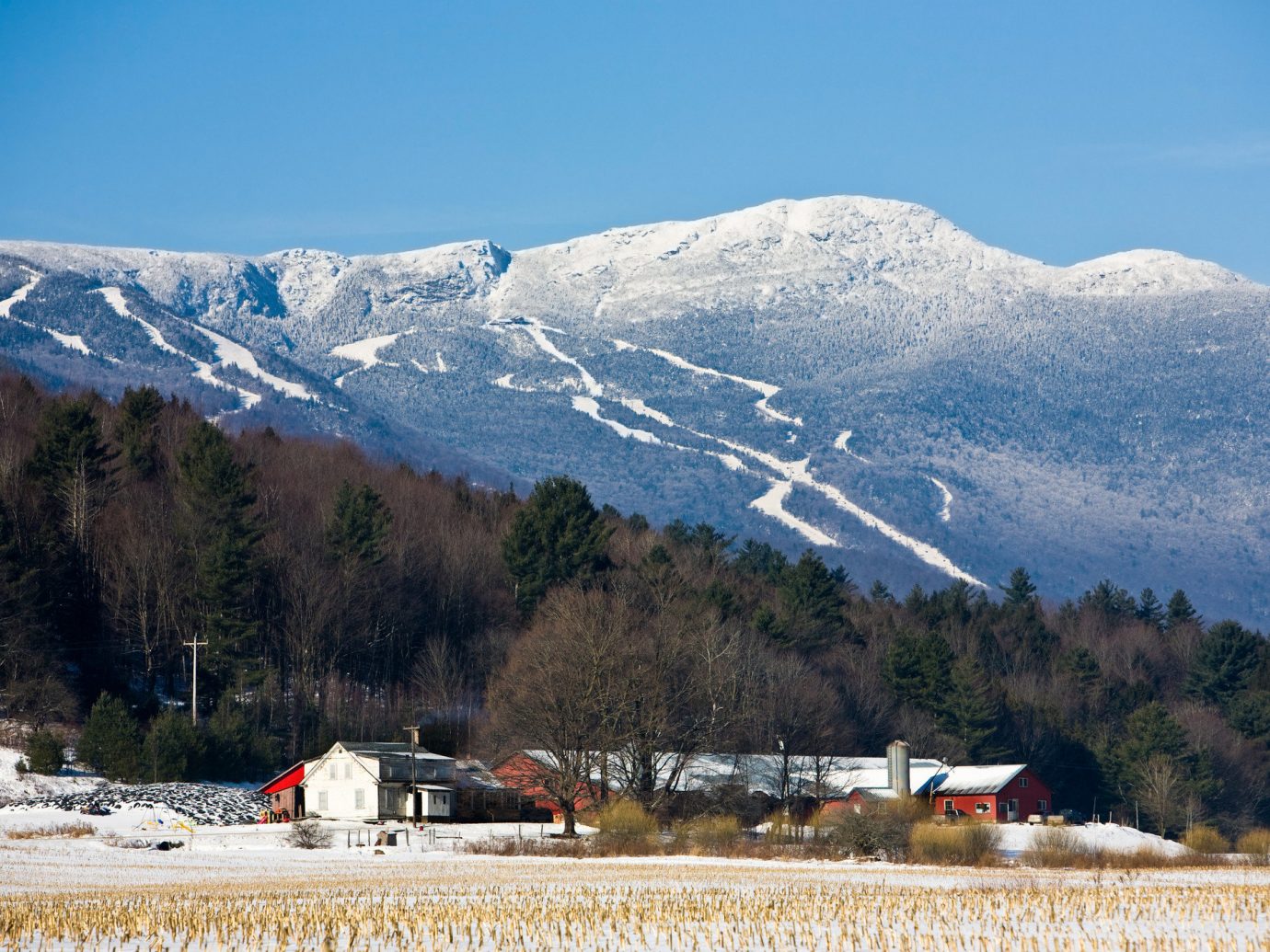 There’s less than a year on the clock until Vermont’s first adult-use cannabis dispensaries are set to open their doors, and more than 30 communities have now opted in for retail sales.

Cannabis advocates in at least a dozen more municipalities have been petitioning to get an opt-in vote on their local ballots this year. But recently, another kind of campaign has also sprouted: A push to encourage cities and towns to start their own cannabis control commissions.

The idea behind establishing local cannabis control commissions is to give cities and towns a say. But in some states, local control provisions have been criticized as cumbersome and discriminatory, contributing to a slow legal roll-out and, in extreme cases, corrupt practices by municipal officials.

From the perspective of Dave Silberman, a Middlebury attorney who specializes in cannabis business law, local control in other states “has largely been a disaster.”

He pointed to Massachusetts as an example. Municipalities in the Bay State must negotiate “host community agreements” with applicants for cannabis licenses, which allow cities and towns to collect up to 3 percent of a business’ revenues in “community impact fees.” But license-seekers claim they’re being overcharged, with little oversight of how communities are using the funds.

Meanwhile, in California, Silberman said the patchwork of local regulations has made it nearly impossible to break into the market without huge amounts of capital. According to the Santa Rosa Press Democrat, about two-thirds of California cities don’t allow sales or cultivation of cannabis.

“Vermont kind of knew this going in, and that’s why you see very weak local control provisions in Act 164,” said Silberman, who is also the high bailiff in Addison County. “Act 164 does require municipalities to opt in to allow retail sales, but Act 164 explicitly forbids community host agreements, and it only has the opt-in for retail, so not for other license types. So it was really an attempt to strike a delicate political balance.”

“I’m concerned that towns might — either purposely or inadvertently — exceed their actual legal authority and try to use zoning to push cannabis businesses, whether retail or otherwise, out of town.”
— Dave Silberman, Vermont Attorney

As the law stands in Vermont, cities and towns can — but are not required to — establish local cannabis control commissions to issue and administer local licenses. These commissions would have the power to condition local approval on compliance with the community’s zoning bylaws, as well as ordinances regulating signs or public nuisances.

Establishing a local commission doesn’t necessarily give municipalities more regulatory power, Silberman said, but it does create another enforcement mechanism aside from issuing tickets for violating this type of ordinance.

But because local boards and committees are often filled by volunteers with varying levels of understanding of state regulations, Silberman’s worry is that these commissions may not take a consistent approach to their duties.

“I’m concerned that towns might — either purposely or inadvertently — exceed their actual legal authority and try to use zoning to push cannabis businesses, whether retail or otherwise, out of town,” Silberman said.

In Massachusetts, such zoning disputes have made their way to the state’s high court, including the case of a dispensary that was sued by a neighboring business after converting from a nonprofit medical dispensary to a for-profit retail operation.

The abutter argued the dispensary shouldn’t be allowed to open because town zoning bylaws required cannabis businesses to operate as nonprofits, but the Massachusetts Supreme Judicial Court ruled unanimously that the state law preempted the town bylaws.

Steven Hoffman, chairman of the Massachusetts Cannabis Control Commission, told Heady he respects the tradition of local control and believes it’s “imperative” that cities and towns have a say in how their local industry develops. He also acknowledges that there have been well-documented issues with the roll-out and said other states should start working out their kinks sooner rather than later.

His advice to regulators is to lay out the local approval process in detail and explicitly define what entity or agency has jurisdiction over local cannabis control commissions. For example, he said, any state-level social equity provisions should be mandated for municipalities as well, if cities and towns aren’t required to give social equity applicants the same priority promised by the state.

Vermont Cannabis Control Board Member Julie Hulburd said the state learned a lot from Massachusetts, which is partly why Vermont’s cannabis law specifically prohibits cities and towns from creating special conditions or rules for cannabis businesses, or using their zoning or ordinance power “in a way that will have the effect of prohibiting the operation of cannabis establishments.”

She noted that the board recently released guidance for municipalities outlining their local regulatory powers. The board is also hosting a networking series for social equity and economic empowerment applicants, which will feature a discussion with municipal and regional planning officials this Thursday.

“This is sort of new for municipalities — this is a new industry for them. They’re trying to figure out how to apply what currently exists to something that is a brand new topic for them,” Hulburd said. “So I would assume that there’s a learning curve, and try to approach your local government with sort of ‘Let’s learn about this together.'”

In Holloway’s view, “there needs to be a show of accountability and responsibility from the town to do their due diligence to make sure that they’re mitigating risks.”

Prevention-focused organizations such as the Windham County Prevention Partnership — a group of substance use prevention coalitions in the southeastern part of the state — are already campaigning for communities to start their own control commissions.

According to Cassandra Holloway, director of Building a Positive Community, the partnership would like to see local commissions advise select boards and city councils on cannabis-related issues such as creating buffer zones within a certain distance of schools or community centers. (The CCB has already set buffer zones at 500 feet of walking distance from schools, but communities have the ability to reduce this distance or expand it to up to 1,000 feet.)

In Holloway’s view, “there needs to be a show of accountability and responsibility from the town to do their due diligence to make sure that they’re mitigating risks, and that they’re addressing concerns and that they’re putting protective factors in place.”

In a survey distributed by the partnership before Brattleboro’s opt-in vote in 2021, about 66 percent of respondents said they had no concerns at all about retail cannabis being sold in town. Of the 171 people who did select concerns from a list in a subsequent question, about half were concerned about youth having more access to cannabis than before.

But recent research doesn’t support these concerns. A study published by the Journal of the American Medical Association in September, which examined data collected through the Youth Risk Behavior Survey between 1993 and 2017, found “little evidence” of retail or medical marijuana laws encouraging youth cannabis use.

Similarly, a federal report by the National Center for Education Statistics found “no measurable difference” from 2009 to 2019 in the percentage of students in grades 9-12 who reported consuming cannabis at least once in the past 30 days.

“There are a few towns who are actively looking at revising their zoning ordinances. And in those towns, I would urge folks who are interested in having cannabis establishments to get involved
at the local level.” – Silberman

And in Colorado, where legal dispensaries have been operating since 2014, youth cannabis use “has not significantly changed since legalization,” a state report found, though youth who use cannabis are now more likely to use vaporizers than they were in the past.

Hoffman noted that for cannabis retailers, one benefit of local control is the chance to form a positive relationship with the host community. And it helps if local governing bodies feel they can exercise some control over the industry, rather than have it imposed on them.

“I think it’s better for any kind of business to be welcomed into a town, to feel like they’re part of the business community in that town,” he said.

He and Silberman offered the same guidance when it comes to limiting the unintended consequences of local control: Get started now.

“There are a few towns who are actively looking at revising their zoning ordinances. And in those towns, I would urge folks who are interested in having cannabis establishments to get involved at the local level, and to do it proactively,” Silberman said.

“Because it’s easier to solve a problem in advance than it is later.”