Is Santa a Shroom Shaman? How Indigenous Solstice Traditions May Have influenced Christmas 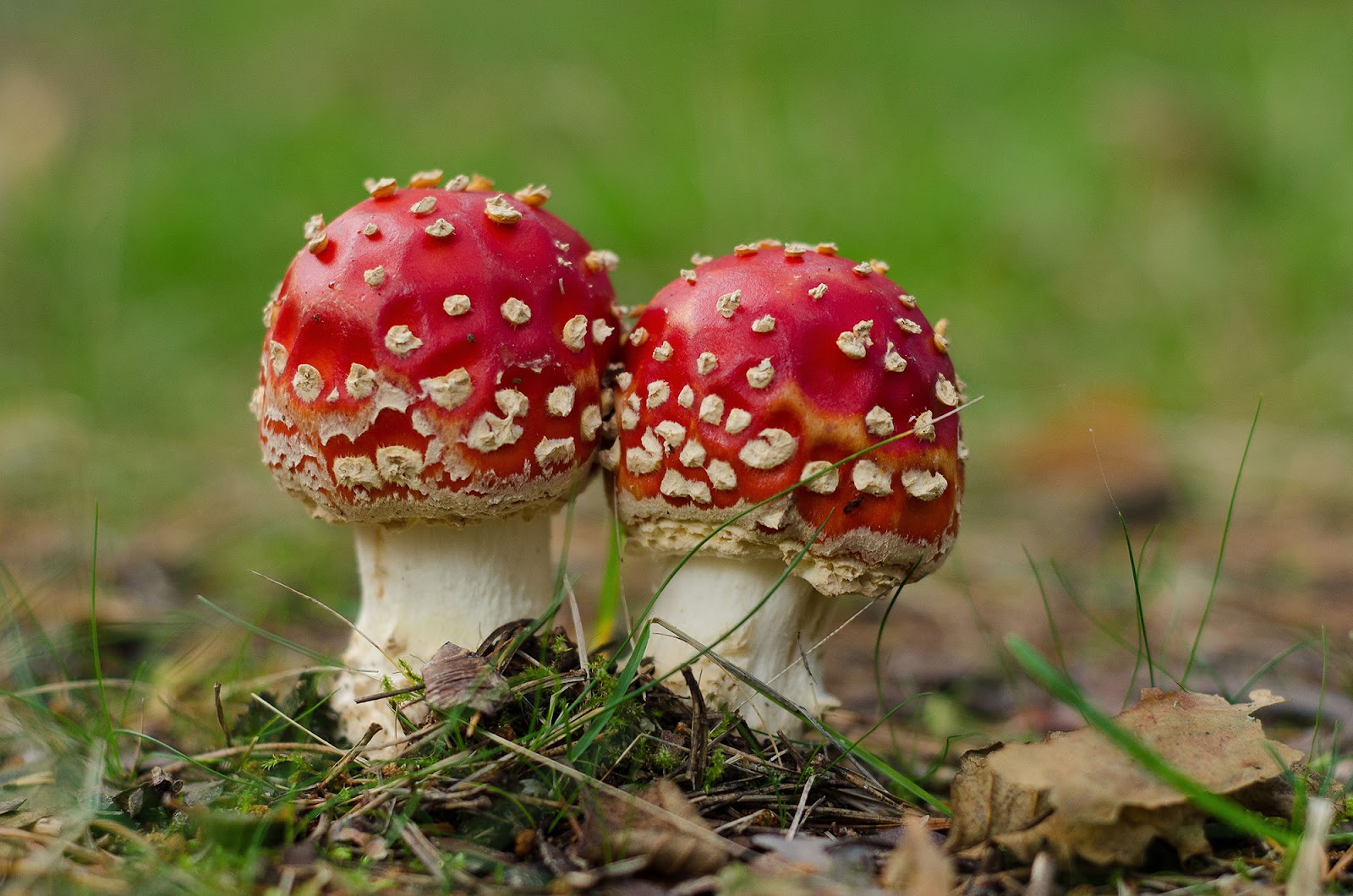 Amanita Muscaria, with its striking red and white colors, is one of the most recognizable mushrooms in human culture, found in both ancient and modern lore from Alice in Wonderland to Super Mario Brothers.

But did you know that this archetypical fairytale mushroom may have influenced modern Christmas traditions? Some historians strongly believe that the story of Santa has roots in Siberian shamans that went from house to house delivering dried Amanita Muscaria mushrooms.

Here, we explore the truth of the history behind this lore – and some of the tripper indigenous traditions of the winter solstice.

Long before the legend of Santa, in pre-Christian times, the Solstice has always been a time of festivities and celebration, with music, dancing, banquets, and gatherings.

Germanic peoples, for example, had the Midwinter festival, Yule, which occurred around the Winter Solstice (December 21). Also, the Romans had the festival of Saturnalia, an ancient festival in honor of the god Saturn, held on the 17th of December through to the 23rd of December.

The winter solstice, on December 21, was a ceremonial and festive date for indigenous peoples of the Siberian and Arctic regions.

The winter solstice ceremonies of the reindeer-herding Sami people of Lapland, the Koryaks of Siberia and the Kamchadales, in particular, seem to have heavily influenced modern Christmas traditions.

Santa is a Shroom Shaman

Until just a few hundred years ago, one story goes, the indigenous Sami people of Lapland, a wintry region in northern Finland dense with conifer forests, would wait in their houses on the Winter Solstice to be visited by shamans.

These shamans would perform healing rituals using the hallucinogenic mushroom Amanita muscaria, which they considered holy.

These shamans would perform healing rituals using the hallucinogenic mushroom Amanita muscaria, which they considered holy.

So holy, in fact, that the shamans dressed up like the mushrooms for their visit. Wearing large red-and-white suits, the shamans would arrive at the front doors of houses and attempt to enter; however, many families were snowed in, and the healers were forced to drop down the chimney.

They would act as conduits between the spirit and human world, bringing gifts of introspection that could solve the family’s problems. Upon arrival, the healers were regaled with food. They would leave as they came: on reindeer-drawn sleds.

The Roots of Shamanism

The term “shaman” originates in Russia. The Tungusic term, šaman, is translated as “one who knows.”

In his classical work on the topic, Shamanism: Archaic Techniques of Ecstasy, religious historian Mircea Eliade notes that many terms have been used globally to denote shamanic prowess: medicine man, sorcerer, magician.

“Santa is a modern counterpart of a shaman, who consumed mind-altering plants and fungi to commune with the spirit world.”

Eliade even speculates the shaman term is related to wandering mendicants, though that notion has been debated. As far as we know, shamanism etymology is particular to religious rituals in Siberia and Central Asia, which lines up with the Santa Claus myth.

“Santa is a modern counterpart of a shaman, who consumed mind-altering plants and fungi to commune with the spirit world,” said John Rush, an anthropologist and instructor at Sierra College in Rocklin, California.

Siberian shamans forged a close relationship with reindeer spirits, accounting for the magical “flight” that the North Pole resident makes every year—and, it should be noted, the North Pole lies in the Arctic Ocean, which buffers against the East Siberian Sea.

Amanita muscaria grows in the ground near trees such as birch and pine. The latter, for the indigenous people of the north, are trees of life, a name that is related to their great height. Therefore, the place where the fly agaric mushroom grew was a place of high value.

Freshly picked fly agaric, unlike psilocybin and psilocin-filled cubensis, contains ibotenic acid, which converts to muscimol when the mushroom is dried. Muscimol is a powerful hallucinogen, ten times more powerful than ibotenic acid.

The mushroom is closely related to several highly toxic species such as the death cap (Amanita phalloides) and destroying angel (Amanita virosa).

Fly agaric was the recreational and ritualistic drug of choice in parts of northern Europe before vodka was introduced from the East.

Fly agaric was the recreational and ritualistic drug of choice in parts of northern Europe before vodka was introduced from the East.

Muscimol interacts with receptors in the brain resulting in hallucinations; inanimate objects appear alive, objects distort in size, time and space become distorted. Other effects of the mushroom are less appealing and include anxiety, nausea, vomiting, twitching, convulsions and coma.

Shamans of the tribes that herd reindeer in Siberia and Lapland would collect the mushrooms and carefully prepare them to optimize the mind-enhancing properties – and minimize the other dangerous toxins within the mushroom (of which there are several).

The amount of muscimol also varies greatly from mushroom to mushroom, so trying this yourself is a risky business and not advisable.

Muscimol passes through the body relatively unchanged, which means that the reindeer’s urine also had potent hallucinogenic properties.

Interestingly, the effects of the mushroom can still be felt even if the drug has passed through five or six people and this is probably the origin of the British phrase “getting pissed”.

Understanding the biochemistry of fly agaric helps us to make sense of the traditional Siberian methods of mushroom preparation, which involve decarboxylation (drying), and organic filtering (urine).

To reduce the toxicity of the Amanita muscaria before ingestion, the mushroom was dehydrated on the branches of the pines. A second method was to put them in socks and spread them over the fire, an image that closely resembles the Christmas tradition of hanging Christmas boots over chimneys.

Additionally, reindeer were of great help in reducing the toxicity of the mushroom, as they are able to eat Amanita muscaria without suffering the effects of its venom, and muscimol remains present in their urine.

What Does The Research Show?

Research has shown that reindeer do in fact have a fondness for the Amanita muscaria. Deputy editor of the Pharmaceutical Journal, Andrew Haynes, wrote in 2010 that animals deliberately seek out the red and white spotted mushroom in their habitats, as they “have a desire to experience altered states of consciousness.”

Haynes even claimed that reindeer seek out the mushrooms to “escape the monotony of dreary long winters.”

Haynes also wrote, “for humans, a common side-effect of mushrooms is the feeling of flying, so it’s interesting the legend about Santa’s reindeer is they can fly.”According to The Sun, Haynes even claimed that reindeer seek out the mushrooms to “escape the monotony of dreary long winters.”

Donald Pfister, a Harvard University biologist who studies fungi, suggests that Siberian tribesmen who ingested fly agaric may have hallucinated that the grazing reindeer were flying.

Tree ornaments shaped like Amanita mushrooms and other depictions of the fungi are also prevalent in Christmas decorations throughout the world, particularly in Scandinavia and northern Europe, Pfister pointed out.

“Whoever heard of reindeer flying? I think it’s becoming general knowledge that Santa is taking a ‘trip’ with his reindeer.”

That said, Pfister made it clear that the connection between modern-day Christmas and the ancestral practice of eating mushrooms is a coincidence, and he doesn’t know about any direct link.

“At first glance, one thinks it’s ridiculous, but it’s not,” said Carl Ruck, a professor of classics at Boston University. “Whoever heard of reindeer flying? I think it’s becoming general knowledge that Santa is taking a ‘trip’ with his reindeer.”

One historian, Ronald Hutton, told NPR that he thinks the theory of a mushroom-Santa connection is flawed. “If you look at the evidence of Siberian shamanism, which I’ve done,” Hutton said, “you find that shamans didn’t travel by sleigh, didn’t usually deal with reindeer spirits, very rarely took the mushrooms to get trances, didn’t have red-and-white clothes.”

Matthew Salton’s animated short film, Santa Is a Psychedelic Mushroom, though, is a compelling narrative. Backed by Harvard professors, anthropologists, and esteemed mycologists alike, it bears an uncanny semblance to the modern tradition of Santa Claus.

Many of the modern details of the modern-day American Santa Claus come from the 1823 poem “A Visit from St. Nicholas” (which later became famous as “‘Twas the Night Before Christmas”). The poem is credited to Clement Clarke Moore, an aristocratic academic who lived in New York City.

The origins of Moore’s vision are unclear, although Arthur, Rush and Ruck all think the poet probably drew from northern European motifs that derive from Siberian or Arctic shamanic traditions.

At the very least, Arthur wrote, Santa’s sleigh and reindeer are probably references to various related northern European mythology. For example, the Norse god Thor (known in German as Donner) flew in a chariot drawn by two goats, which have been replaced in the modern retelling by Santa’s reindeer, Arthur wrote.

Other historians were unaware of a connection between Santa and shamans or magic mushrooms, including Stephen Nissenbaum, who wrote a book about the origins of Christmas traditions, and Penne Restad, of the University of Texas at Austin.

So – was Santa really a shroom shaman? It’s certainly possible that the one of the most iconic of our modern myths arose from the Sami’s visionary flights of fancy. Perhaps early 19th century artists and ideas drew on these stories to create the legends of Christmas.