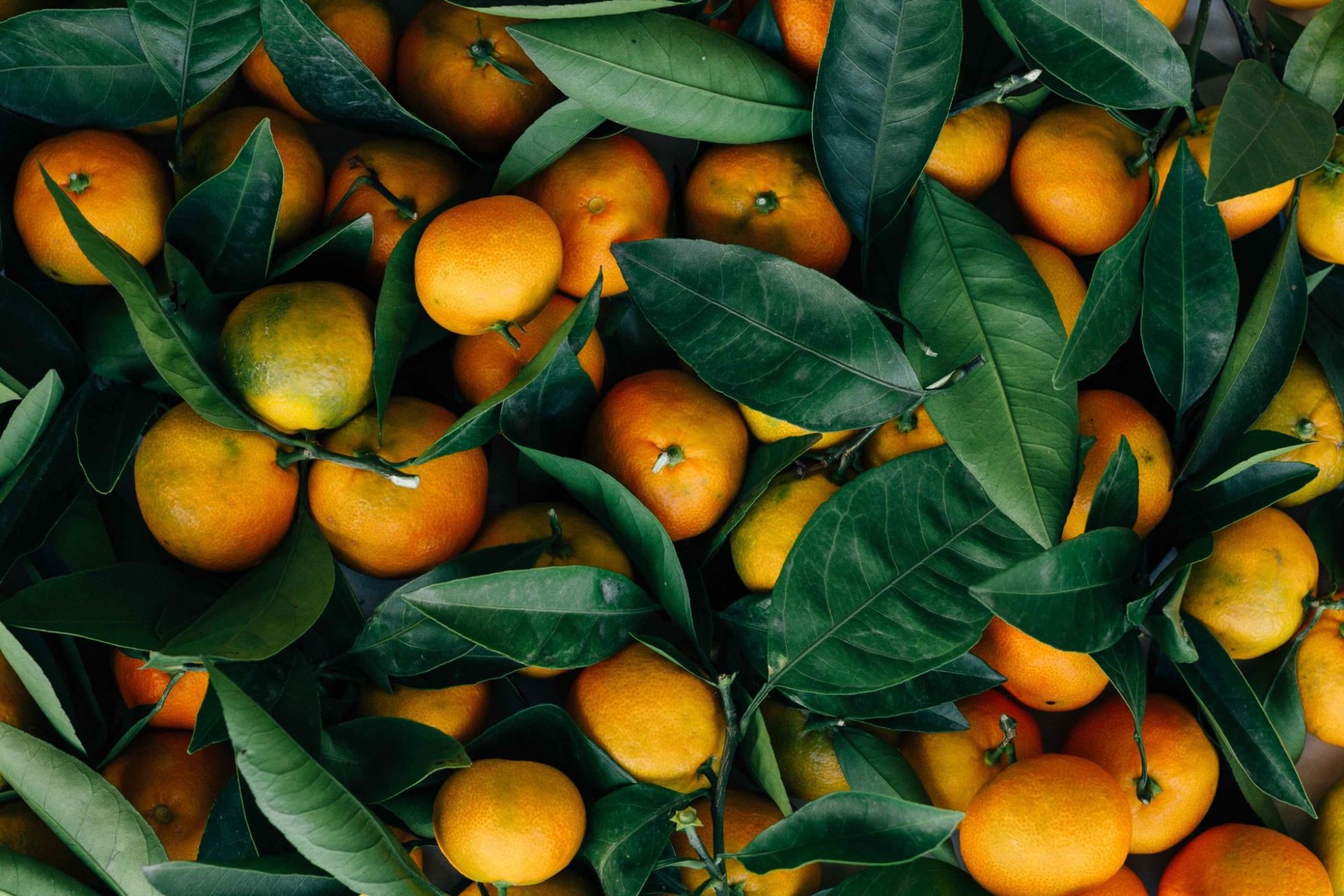 Valencene is one of the lesser known terpenes found in cannabis, but still provides powerful benefits. Valencene is a terpene with a heavy citrus aroma. Present in Valencia oranges, valencene is highly valued in the food industry as a strong citrus flavor additive. Learn more about the cannabis terpene valencene:

While much of cannabis research is invested in studying the health benefits of Valencene’s more popular cousin limonene (also found in citrus fruits), Valencene brings different benefits to the table. Research has shown that valencene may offer anti-inflammatory, skin protectant, cognitive function, bronchodilating and anti-allergic benefits.

Classified as a sesquiterpene, valencene emits a full range of citrus aromas, with overtones of orange, tangerine, mango, and grapefruit potent in its profile. Some perceive the fragrant terpene to smell like freshly cut wood or herbs. Valencene is often used as a synthetic conversion of nootkatone, the terpene responsible for grapefruit aroma. Its commercial usages extend to mosquito and tick repellents, as valencene is known to deter these insects.

Valencene is found most abundantly in citrus fruits, so you are likely to have encountered this terpene in the produce aisle, especially if you were shopping for sweet Valencia oranges. These oranges are sometimes infused into olive oils to produce a citrus aroma and flavor that pair well with salads. Chinese bayberry is a natural source of valencene and is valued in China as a medicinal herb and an edible fruit.

Valencene’s most popular application is insect repellent. It safely repels mosquitos, fleas and ticks at the same rate or higher than DEET.

You’ll know a strain has high amounts of the cannabis terpene valencene if it smells like sweet oranges, as opposed to lemon or grapefruit. You can find it strains like Agent Orange, Tangie, Clementine, Jillybean and ACDC.

Research is emerging on the therapeutic properties of valencene, and there have been indications that the terpene may offer anti-inflammatory, skin protectant and anti-allergic benefits.

A 2017 paper published in the journal Molecules describes a study that tested the effects of terpenes found within the essential oil of Myrica rubra on the efficacy of the chemotherapy drug Doxorubicin. The essential oil of this plant includes the terpenes caryophyllene, humulene, trans-nerolidol, and valencene. The terpenes tested in this study were found to improve the drug’s efficacy in both sensitive and partly resistant cancer cell lines. 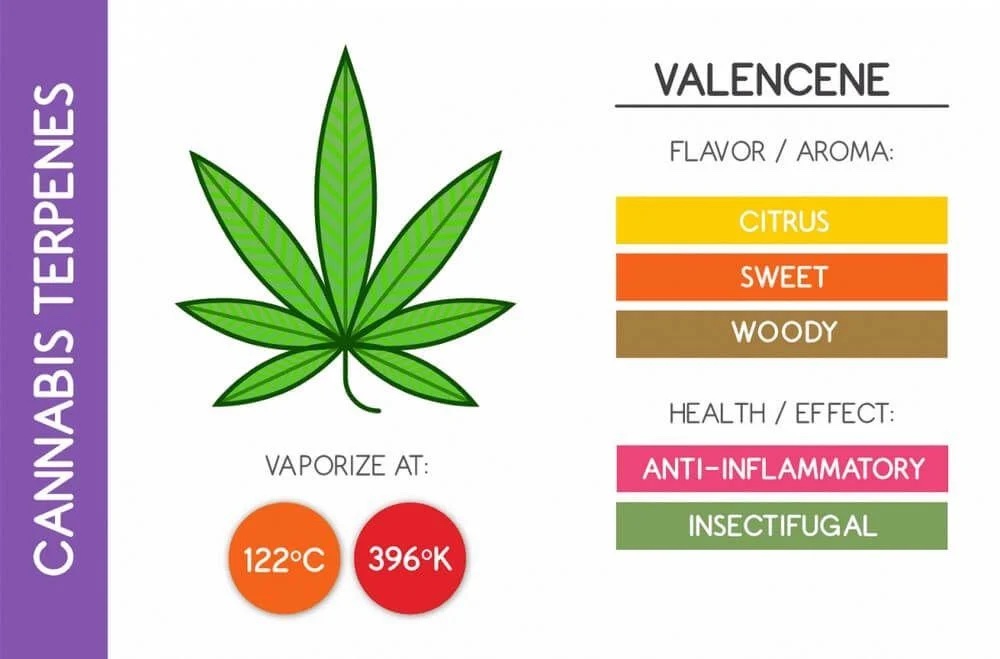