New York DOL: Employers are no longer allowed to drug test most workers for THC 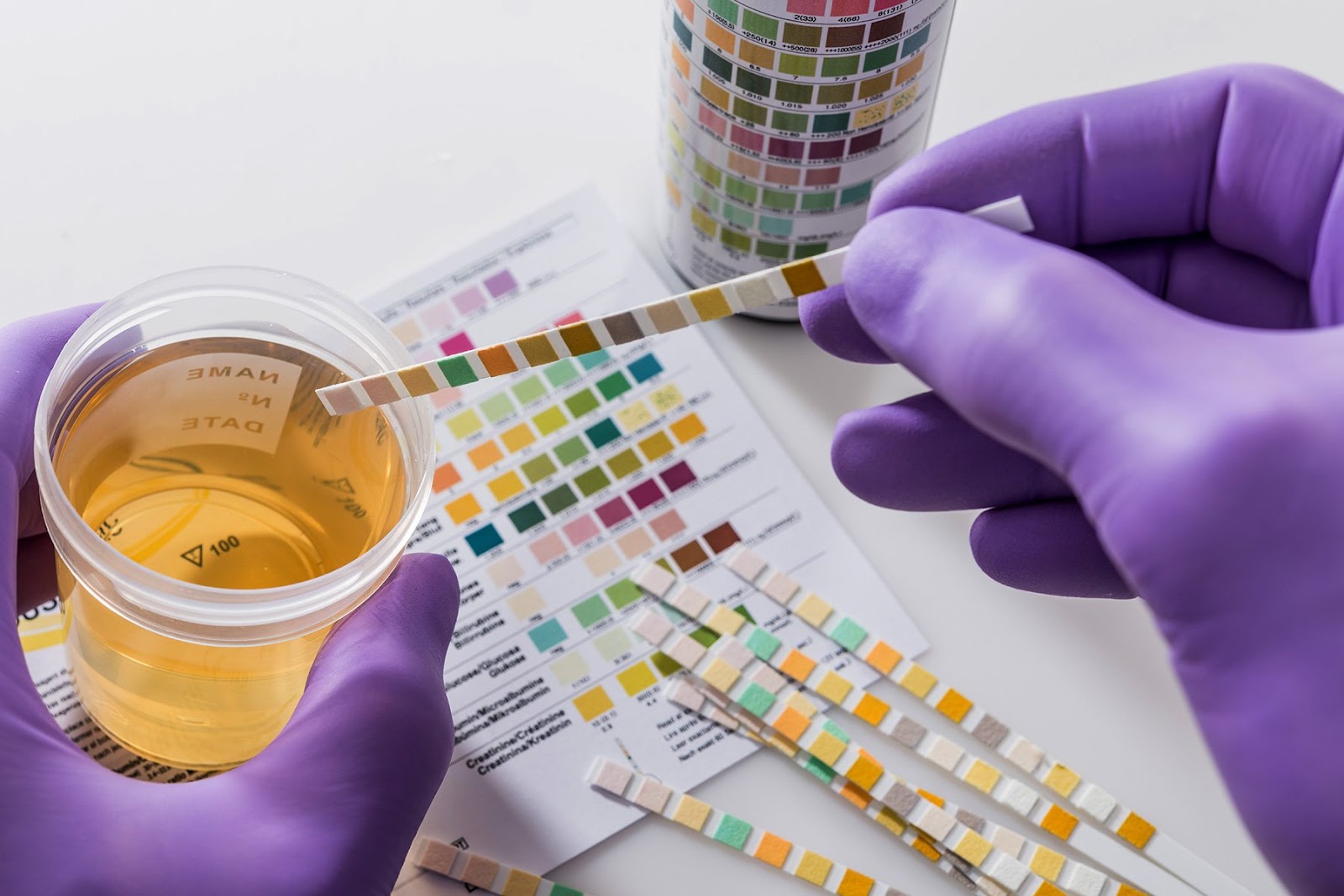 ALBANY, New York — Employers are not allowed to drug test their employees for cannabis except under limited circumstances, based on new marijuana-related guidance issued last week by the New York Department of Labor.

While many legal adult-use cannabis states have made it so workers can’t be penalized for testing positive, New York appears to be the first to explicitly bar employers from testing for THC at all—with limited exceptions for specific categories of workers.

The guidance, notably titled “p420,” discusses changes to New York Labor Law (NYLL), Section 201-D, addressing topics such as when employers can and cannot test for marijuana, take adverse actions based on cannabis use, and make employment decisions based on positive drug tests.

The DOL’s position on the Marijuana Act may surprise some covered employers — which include all public and private employers in New York state, regardless of size, industry, or occupation.

The DOL’s position on the Marijuana Regulation and Taxation Act (MRTA) may surprise some covered employers — which include all public and private employers in New York state, regardless of size, industry, or occupation.

Employers can still punish people for being actively impaired on the job, but the new rules create a high threshold for proving impairment—even going so far as to say that the odor of cannabis is not enough on its own to be used as evidence.

The legalization bill that former Gov. Andrew Cuomo (D) signed in March broadly prohibits discrimination against employees who use cannabis while off duty, with some exceptions such as those who are regulated by the federal Department of Transportation.

Prior to the passage of statewide legalization, New York City officials had also established a local ban on pre-employment drug testing for marijuana.

Check out the full guidance below this handy FAQ on employment and drug testing in New York State.

“Can an employer in New York test for cannabis?”

“No, unless the employer is permitted to do so pursuant to the provisions of Labor Law Section 201-D(4-a) or other applicable laws.”

“No, an employer cannot test an employee for cannabis merely because it is allowed or not prohibited under federal law.” 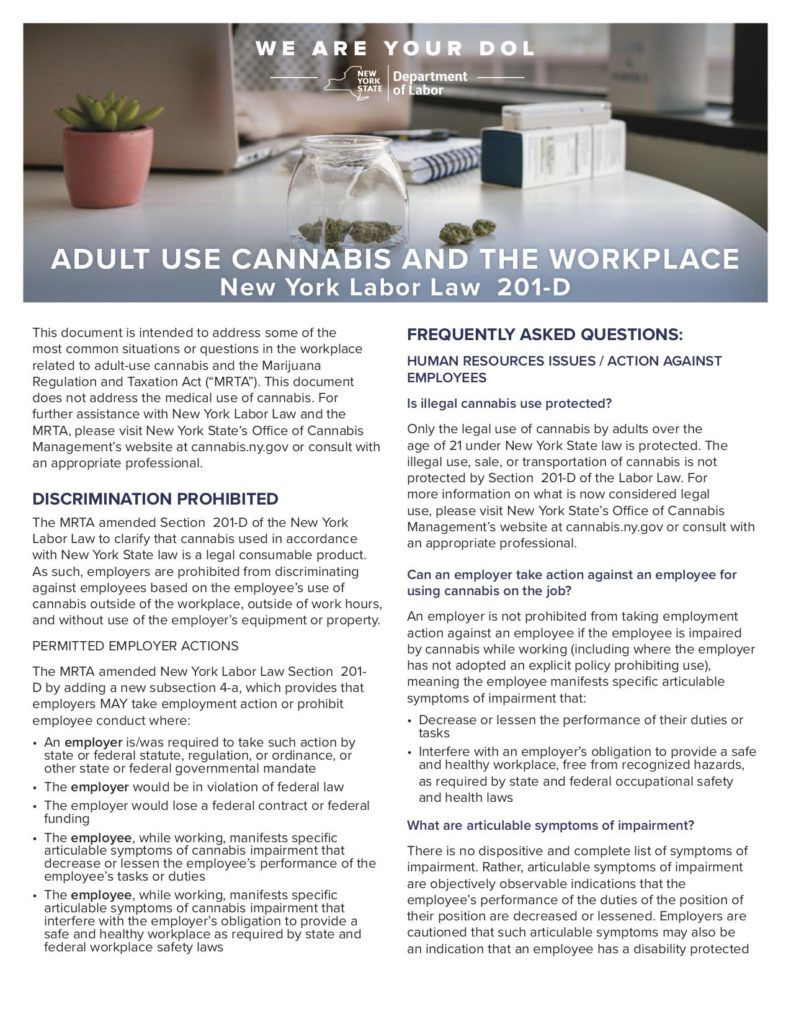 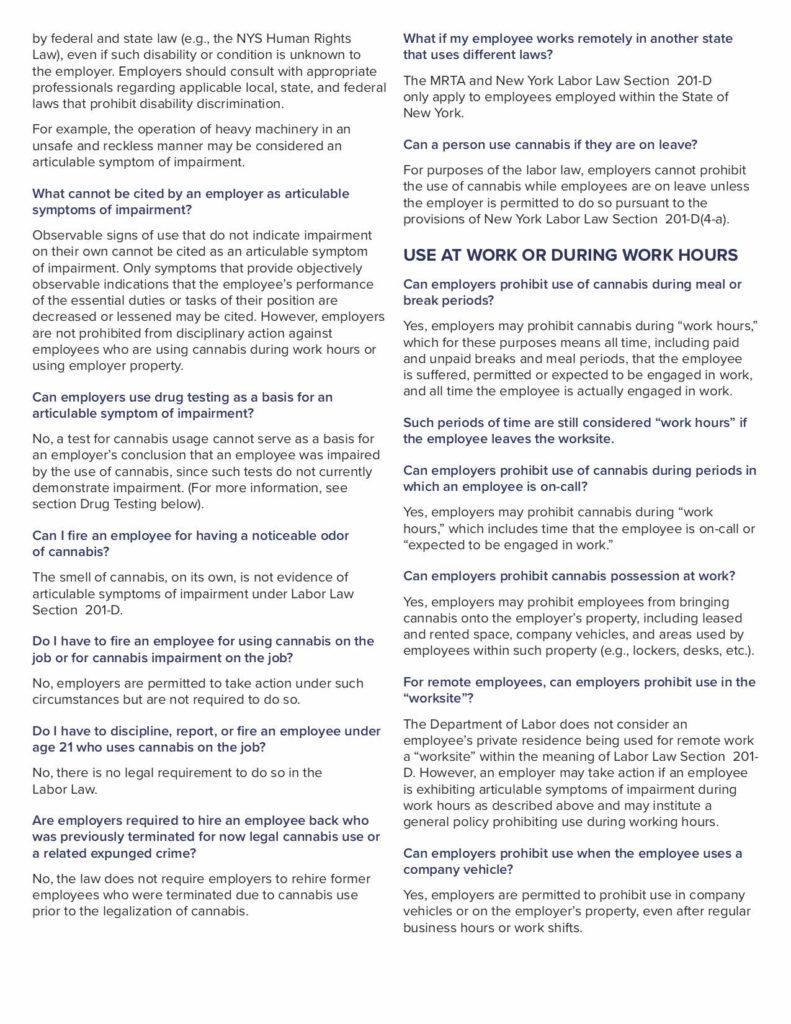 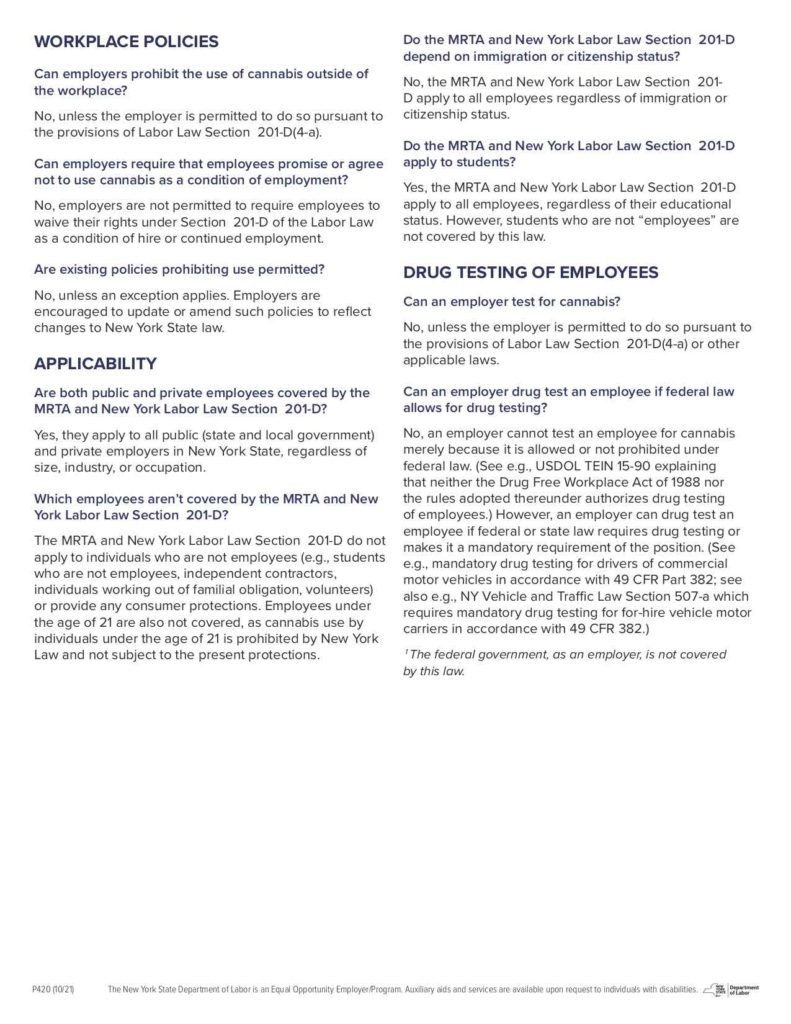