The entourage effect is a proposed mechanism by which cannabis compounds other than tetrahydrocannabinol (THC) act synergistically with it to modulate the overall psychoactive effects of the plant.

The cannabis plant consists of many medical compounds that all work together to bring the plant’s unique therapeutic properties to life. This infographic illustrates the full spectrum of compounds working together within a cannabis plant.

Our bodies are equipped with an endocannabinoid system, a vast network of receptors that cover almost every organ and system within our bodies. Cannabinoids bind to these receptors to produce different effects, which are further influenced by terpenes, cannabinoids and other compounds. 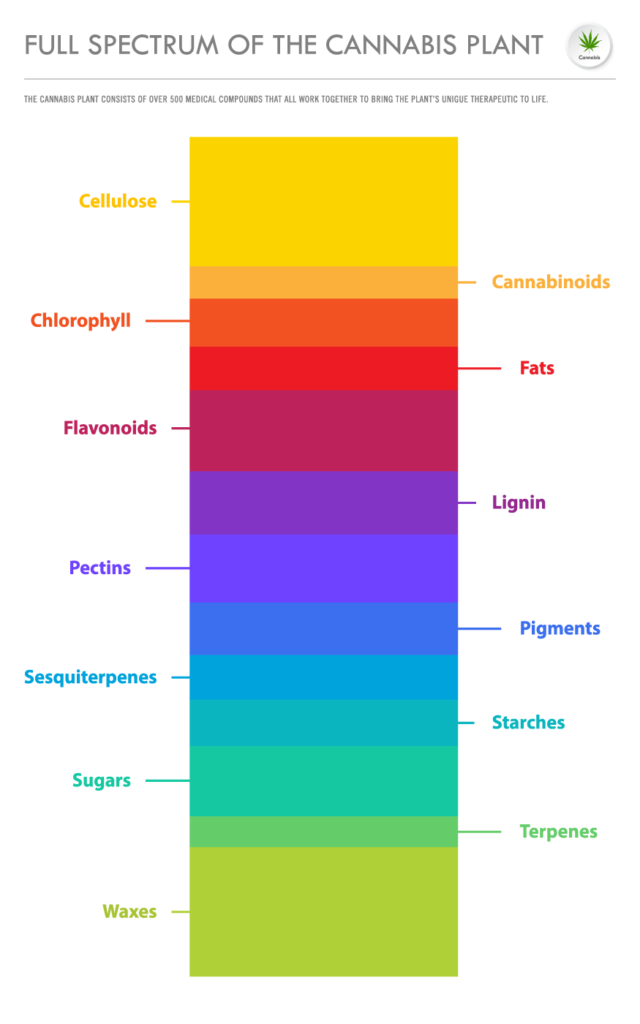 Cannabis sativa: The Plant of the Thousand and One Molecules, Christelle M. Andre,* Jean-Francois Hausman, and Gea Guerriero