N.Y. governor appoints pair to Office of Cannabis Management board 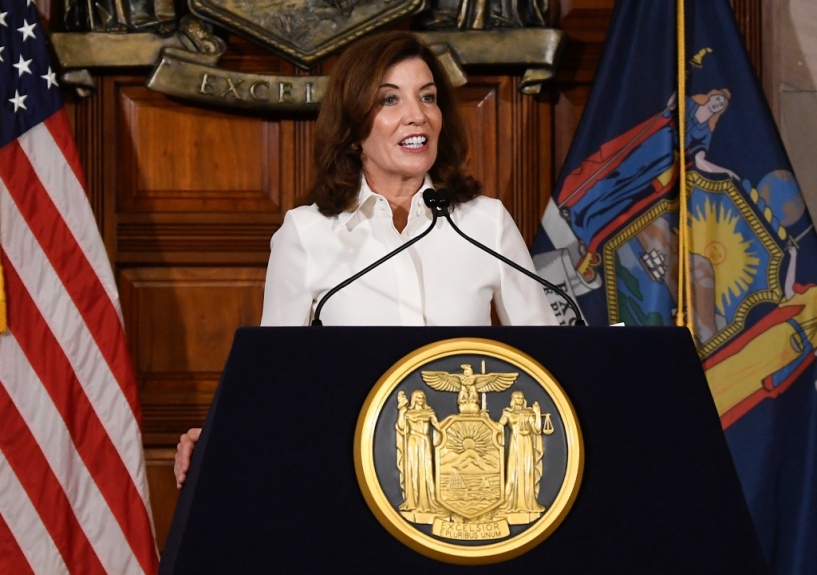 ALBANY, N.Y. — New York Gov. Kathy Hochul recently announced that Reuben R. McDaniel, III and Jessica Garcia were appointed to the board of the Office of Cannabis Management.

The Cannabis Control Board and Office of Cannabis Management will create and implement a comprehensive regulatory framework for New York’s cannabis industry, including the production, licensing, packaging, marketing, and sale of cannabis products.

“New York’s cannabis industry has stalled for far too long – I am making important appointments to set the Office of Cannabis Management up for success so they can hit the ground running,” Hochul said.

“I am confident Mr. McDaniel and Ms. Garcia will serve the board with professionalism and experience as we lead our state forward in this new industry,” Hochul added.

McDaniel, III is the President and Chief Executive Officer of DASNY. McDaniel’s appointment was confirmed by the New York State Senate on June 10, 2020. Mr. McDaniel is responsible for the overall management of DASNY’s administration and operations. McDaniel joined DASNY in 2019 as an accomplished investment banker with more than 30 years of experience in financial services, including public finance, personal wealth management, corporate finance, and private equity. During his career in public finance, he participated in more than $75 billion in tax-exempt bond issuances throughout the country.

McDaniel also founded an investment advisory firm, where he managed more than $50 million in investment portfolios and business assets for a variety of professionals. Prior to this, McDaniel served as Chair of the Atlanta Board of Education for Public Schools, where he led a diverse group of constituents and served as a voice for the community of parents. He holds a Bachelor of Arts degree in economics and mathematics from the University of North Carolina at Charlotte and a Master of Business Administration from the University of Texas at Austin.

García is Assistant to the President of the Retail, Wholesale Department Store Union, UFCW, a national labor union representing workers along the food supply chain, as well as workers in non-food retail and healthcare. She previously served as Deputy Political Director for the RWDSU, where she worked to advance the union’s legislative and political agendas. Prior, she served as Director of Programs and Organizing at New Immigrant Community Empowerment and spent her early career advocating for fair funding for public schools in New York City.

She currently serves as chair of the board of the New York Committee for Safety and Health and the Advocacy Institute, vice-president of the Rural & Migrant Ministry board of directors, and member of the board of the Costa Rican-based organization, Vivir El Sueno. Originally from Honduras, Garcia is a graduate of the Silberman School of Social Work at Hunter College and Harvard University.