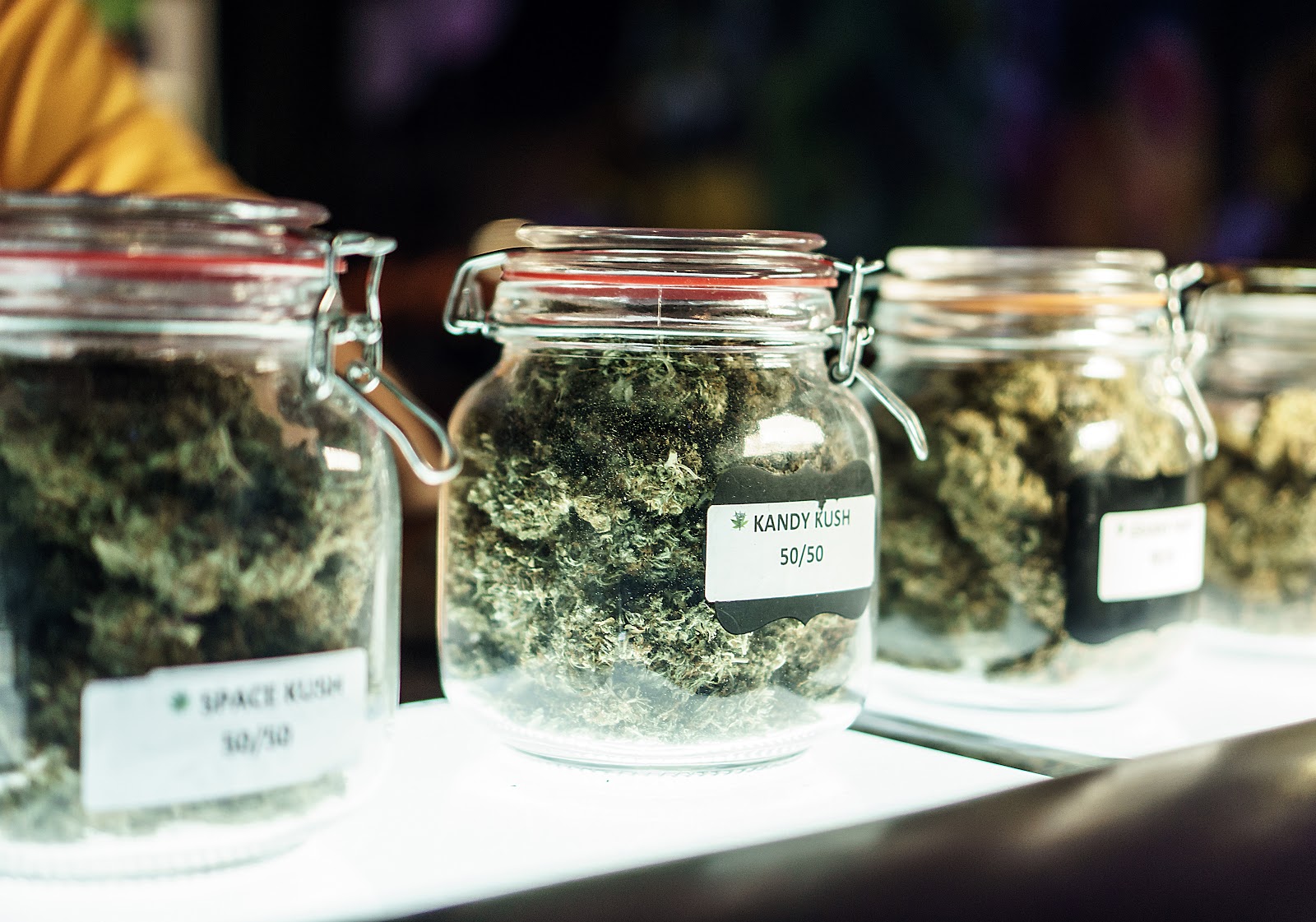 There are over 250 municipalities in Vermont – and chances are slim that every one of them will sign off on cannabis dispensaries right away. If your town hasn’t started the conversation on Act 164 retail opt-in yet, how can you get it in motion?

In the past several weeks, a growing number of Vermont cities and towns have decided to put the question to their voters on Town Meeting Day on whether to allow adult use cannabis retailers to operate in their communities, once sales become legal in 2022.

Act 164, which sets the framework for taxed and regulated cannabis sales in Vermont, requires an “opt-in” vote in order for a town to allow cannabis dispensaries. Approval does not mean a cannabis store would open in town, but it does allow a business to set up within city limits after going through the proper permitting processes.

We’ve provided a Q+A format breakdown here of the most important considerations when petitioning your municipality for a vote on pot shops, including questions conveyed during our recent webinar (now available on YouTube).

With input from Vermont attorneys Dave Silberman and Tim Fair, we’ve provided tips for coalition building, deadlines and more important info you’ll need to put dispensaries up for a vote in your town.

There are two ways to get an opt-in vote on your local ballot.

First, The Selectboard (or City Council) can agree to warn an article. Typically, this requires a simple majority vote of the municipal governing body.

The second way is by direct petition – collecting signatures from at least 5% of the registered voters in that town.

Silberman recommends doing both if possible. “I actually was working both paths in parallel, and had collected sufficient signatures in Middlebury to force the question onto the ballot had the Selectboard refused to act,” he says. “I recommend that people think about following that same approach in their town – although collecting signatures is pretty difficult right now … due to COVID.”

Here’s a sample petition provided by the Vermont Secretary of State.

What’s the deadline to get Act 164 opt-in on Town Meeting Day ballots?

The deadline may vary from town to town, but is typically in mid-late January. All Ballots must be finalized by January 31 for Town Meeting Day.

More about Town Meeting & Local Elections from the Vermont Secretary of State.

Ballots must be finalized by January 31 for Town Meeting Day, but deadlines may vary from town to town.

What if we miss the Town Meeting Day deadline?

There is an opportunity to have an opt-in vote outside of the normal Town Meeting schedule, so all is not lost if folks can’t organize their town to act before the January 31 warning deadline – the opt-in vote can be held at any time at something called a “special meeting.”

Why on earth do we need to approve dispensaries?

There was significant debate over whether the bill should require towns to “opt in” or allow towns to “opt out.” The Senate wanted to allow towns to opt-out of allowing cannabis businesses, but Governor Scott promised to veto the bill if it did not include an “opt-in” provision. The House crafted a compromise: towns would have to opt-in to allow retailers, but cannot prohibit other business types.

Do all types of licenses have to be approved to operate in my town?

No. Only Retail and Integrated licenses must be approved by voters. Cultivator, Manufacturer, Wholesaler, and Testing Laboratory licenses are automatically allowed.

Only Retail and Integrated licenses must be approved by voters.

Yes! The town can warn two separate articles. If you are creating a petition, be sure to craft your language properly.

What does Act 164 say about local government control?

§ 863. REGULATION BY LOCAL GOVERNMENT (a)(1) Prior to a cannabis retailer or an integrated licensee operating within a municipality, the municipality shall affirmatively permit the operation of such cannabis establishments by majority vote of those present and voting by Australian ballot at an annual or special meeting warned for that purpose. A municipality may place retailers or integrated licensees, or both, on the ballot for approval.

When do adult-use cannabis sales start per Act 164?

In October of 2020, Vermont became the eleventh state to legalize recreational cannabis sales. Over the next two years, according to the last available timeline, the state will set up a regulated statewide market for cannabis and issue licenses, with sales to the public beginning October of 2022.

While Town Meeting Day is not a final deadline, towns should hold their votes as early as possible.

“Opening up a cannabis retail store will require people to make a substantial investment – in terms of time, effort, and money – and people will be hesitant to make that kind of investment in any town if they don’t have a certain level of certainty that they’ll actually be allowed to open,” says Silberman.

While Town Meeting Day is not a final deadline, towns should hold their votes as early as possible.

How do I begin my Selectboard outreach?

Silberman recommends finding out who serves on your Selectboard, and see if there is one Selectboard member who might appear to be more willing than others to sponsor a motion to authorize a vote. Start by having a conversation with that person. “It usually comes down to one or two people in power,” says Fair.

“It usually comes down to one or two people in power,” says Fair.

Check out our map of towns opted in to cannabis retail

Silberman recommends emailing the members before the meeting to introduce yourself and what you’re interested in proposing. “Start with a sympathetic ear,” he says.

Fair recommends “Being polite and knowledgeable,” and recommends that people watch a  few selectboard meetings before you make your approach.

How can I build a coalition of supporters?

Build a coalition – Get a group together, of citizens across age groups and local business leaders, who support putting dispensaries up for a vote.

Front Porch Forum may also be a useful tool for finding like-minded folks who want to see Act 164 go up for a vote.

If you’re looking for fellow community members in your area to join efforts with but aren’t sure where to start, feel free to shoot us a message.

If you’re looking for fellow community members in your area to join efforts with but aren’t sure where to start, feel free to shoot us a message with your name/town, and we are happy to utilize our platforms and contact lists to help you find like-minded folks who want to get involved.

How do I put together a petition?

The petition must contain the printed name, street address and signature of each voter who signed the petition. Only residents of the town can sign. The full text of the proposed ballot question must be on every petition page.

For more, see the Vermont Secretary of State’s very helpful guidelines on petitions. Sample language is on the bottom of the page

“This is a decision of the registered voters of the town,” Fair says.” “The Selectboard has no authority, justification or excuse for not putting it on their Town Meeting Day agenda.”

Would electronic signatures work or does a petition need to be physically signed?

Unfortunately, petitions need to be physically signed. And yes, this is a major hurdle during pandemic times. “Gathering signatures in the middle of a public health crisis puts the community at risk,” Fair says.

Silberman suggests going to where people are already gathered, for example setting up a table outside the polling place at Town Meeting.

Petitions need to be physically signed. And yes, this is a major hurdle during pandemic times.

Have multiple clipboards and lots of pens on the table instead of handing them to people directly, and sanitize each clipboard/pen after you get it back. Stick to the usual COVID-19 protocols such as wearing a mask and keeping your distance. And finally, Silberman recommends, get a buffer – 10 or 15% more signatures than you need.

And while you can’t get official signatures online, you can certainly use online platforms to generate interest and increase turnout.

“Shall the [Town of ______] permit the operation of licensed cannabis retailers and Integrated Licensees, subject to such municipal ordinance and regulation as the [Selectboard] may lawfully adopt and implement?”

What are some talking points if I get pushback? (See them in the video)

Fair says he’s encountered “misinformation and propaganda” in recent weeks, in the effort to get opt-in up for a vote in various towns. “it usually comes down to one or two people in power,” he says. Being informed and armed with statistics is your best bet here. Some basic talking points: