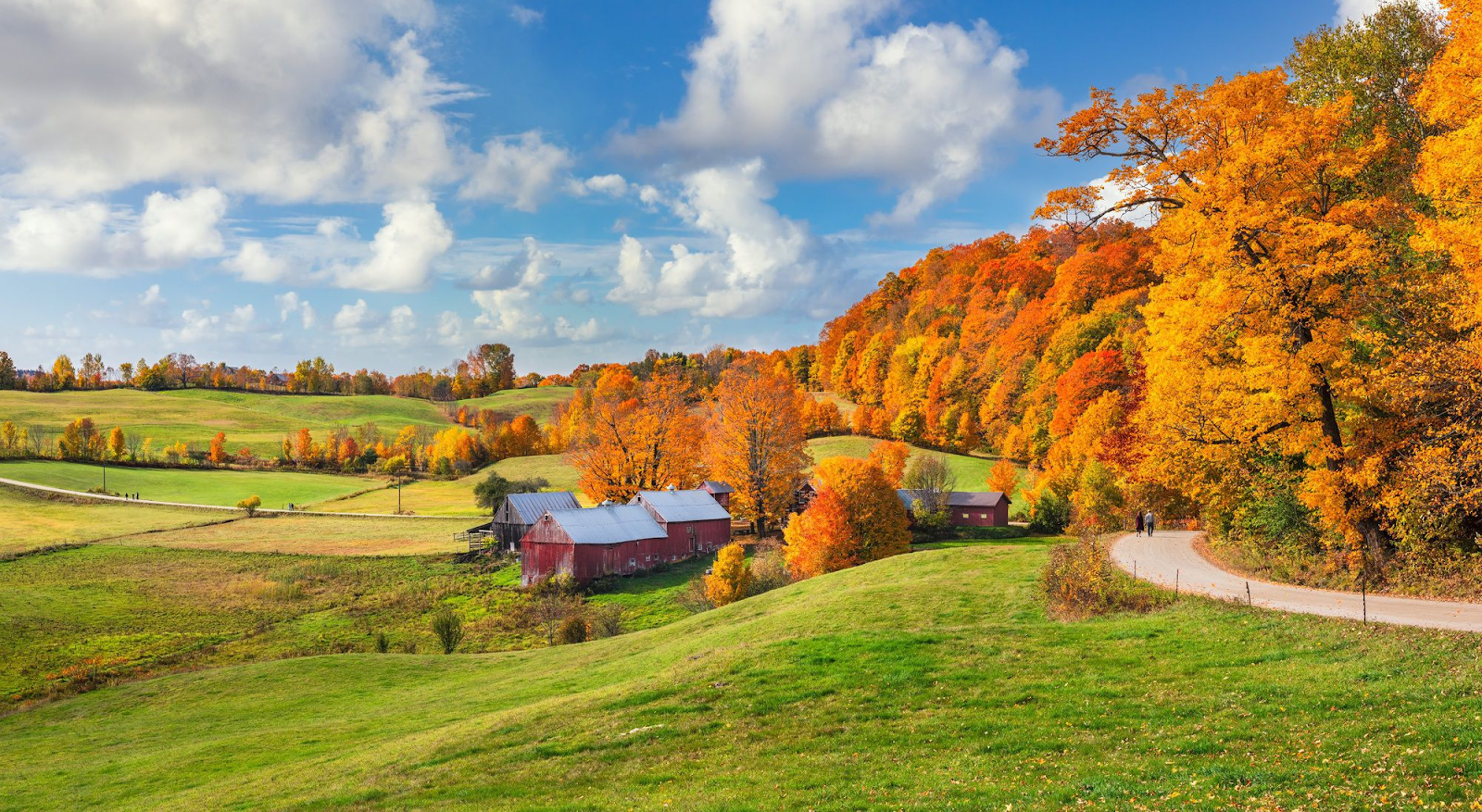 Editor’s Note: The election results in this article have been updated.

The political landscape has shifted  – quite dramatically at the federal level, and incrementally at home. We’ll explore a little bit about what that means for cannabis as we look ahead to the 2021 legislative session and (hopefully) the tail end of the COVID era next year.

Gov. Scott picked up the biggest victory of his three total runs for governor, with 68.8% of overall votes, while Progressive/Democratic challenger Lt. Gov. David Zuckerman came away with 27.5%.

Scott declared victory on election night in video he recorded in his Berlin motorcycle garage. “Today, Vermonters have spoken, and I’m humbled to earn your support once again,” he said.

Runner-up candidate David Zuckerman, who currently serves as Vermont’s lieutenant governor, said in an online video appearance that he would support Scott through the challenges of COVID and in the aftermath of a polarizing presidential election.

“I’m ready to stand by him for our democracy, for the decency that we expect in Vermont and that we can be leaders in this country if need be,” Zuckerman said.

Thank you to everyone: to our volunteers, our supporters, and Vermont voters. pic.twitter.com/FH4HGsLUDP

The margin by which Phil Scott won was “bigger than we anticipated,” admitted Bruce Olsson, chair of the Democratic Party, in an interview with VPR News last week. He described the election as a “mixed success” for Vermont Democrats.

Olsson said that coronavirus factored into Gov. Scott’s re-election. “I think that many Vermonters were very satisfied with Phil Scott’s response to the COVID pandemic, and I think they rewarded him by re-electing him,” he said. “Frankly, I don’t think anybody that we – whoever we put up this cycle, I think was going to lose to Phil Scott.”

“It’s pretty much a continuation of the status quo in Vermont.”

Aside from this change, Simon believes cannabis policy in Vermont is where it was headed before Election Day.

“The governor seems resigned to allowing a board to be created and to start doing its work, so they’ll start building that Control Board, writing the rules, getting legislative approval, and there will be an ongoing process of slowly implementing the law that was passed,” he said.

Simon added, “He could’ve vetoed the bill and he didn’t, so it’s law, and his executive branch is tasked with implementing the law. I’m confident that things will proceed as described in the legislation, and we’ll see the legislature take up some of the issues again, possibly make some tweaks in the spring.”

Vermont Republican Gov. Scott said he cast his ballot Tuesday for Vice President Joe Biden, the first time in his life he has ever voted for a Democrat.

My official statement on the presidential election: pic.twitter.com/F6AoS8lfhG

Democrats in Vermont held onto their wide majorities in the state House and Senate, but they also narrowly lost their supermajority in the House, which could override Scott’s vetoes. And notably, House Speaker Mitzi Johnson (D) lost her race by a hair — but that appears headed towards a recount.

In the Senate, Democrats and their allies still have a supermajority, controlling 21 seats out of the 30-seat chamber. The GOP gained one seat, knocking off Democrat John Rodgers, D-Essex-Orleans.

In the House, Republicans gained three seats, including House Speaker Mitzi Johnson’s seat in Grand Isle. That got the GOP to 46 seats in the House – only half the total Democrats. When Progressive and Independent allies are considered, the Democrats could still have enough votes to override and vetoes from Governor Phil Scott.

These losses do not appear likely to dramatically shift the balance of power in the Vermont House, which has been firmly in the grasp of Democrats and Progressives in recent years.

On Tuesday, Democrat Kesha Ram became the first woman of color elected to the Vermont Senate, placing her alongside five other state senators for the Chittenden County district.

Ram came in third in the six-seat Chittenden District with 46,504 votes, according to unofficial results posted on the Vermont Secretary of State election website. All six seats in the district were won by candidates backed by the Democratic Party or both the Democratic and Progressive parties.

The state has struggled with a lack of diversity in politics for some time.

Thank you Chittenden County for electing me to be the first Woman of Color to serve in the Vermont State Senate. I may be the first, but I will not be the last. #vtpoli

Kiah Morris, a Democratic state representative from Bennington, was the only Black female lawmaker in Vermont when she resigned in 2018. Morris faced harassment during her time in the House from “a self-described white nationalist,” who has been arrested multiple times for various misdemeanors, most recently being cited for disorderly conduct after vandalizing a Black Lives Matter mural.

More than 94% of Vermont’s population is white. In Chittenden County, where Ram won, this number falls to 90.3%.

Though South Hero Democrat said that “flipping 18 votes in a recount is unlikely,” she added that it “It seems prudent just to double check”

If the recount effort doesn’t upend the outcome of Johnson’s race, Democrats will have to elect a new House speaker ahead of the next legislative session, which begins in January. Johnson declined to say who might be considering a run for the post.

But likely candidates, according to VTDigger, would include House Majority Leader Jill Krowinski, D-Burlington, and Rep. Sarah Copeland-Hanzas, D-Bradford, the chair of the House Government Operations Committee.

The House Speaker losing her bid for re-election, Simon said, “could be taken as a small positive,” as she was largely viewed as an opponent of cannabis policy reform efforts.

Winooski voters chose to allow non-U.S. citizens the right to vote in municipal elections. The vote tally was 2,479 to 999 in favor of the initiative, according to unofficial results posted on the Winooski city website.

The city of Winooski, which has one of the highest contingents of New Americans and immigrants in the state, created a commission in 2019 to consider allowing residents who are non-citizens the right to vote through an amendment to its city charter.

Cannabis advocate and attorney Dave Silberman won his race for high bailiff in Addison County with 2,584 votes. Republican opponent Ron Holmes — who first ran against and lost to Silberman in a Democratic primary — finished with 1,029 votes, while independent Michael Robert Elmore tallied 435.

With the glaring exception of “whatever Coronavirus throws at us in the next few months,” the current trajectory doesn’t change much. Governor Scott’s recent sweep and leadership turnovers mean there will be some need to test the waters as the balance of power shifts very slightly in the House and Senate. We can expect continued progress toward the creation of the Cannabis Control Board, and the creation of new legislation to add tweaks (such as funding for equity measures) to the adult use program.

One thing, however, that IS subject to change: With COVID spiking in the state and across the country, we are more than likely to see some delays in the creation of the Control Board. In fact, by the current timeline, we already have.

And when the next legislative session kicks off in the thick of a pandemic winter, it’s also likely that there will be many more urgent bills up for debate. Advocates will need to speak up to make sure that cannabis legislation stays on lawmakers’ radar during the session and moves along in a timely fashion.

👉   Get The Roll Up, the most important cannabis
news of the week – directly to your inbox. Sign up now.