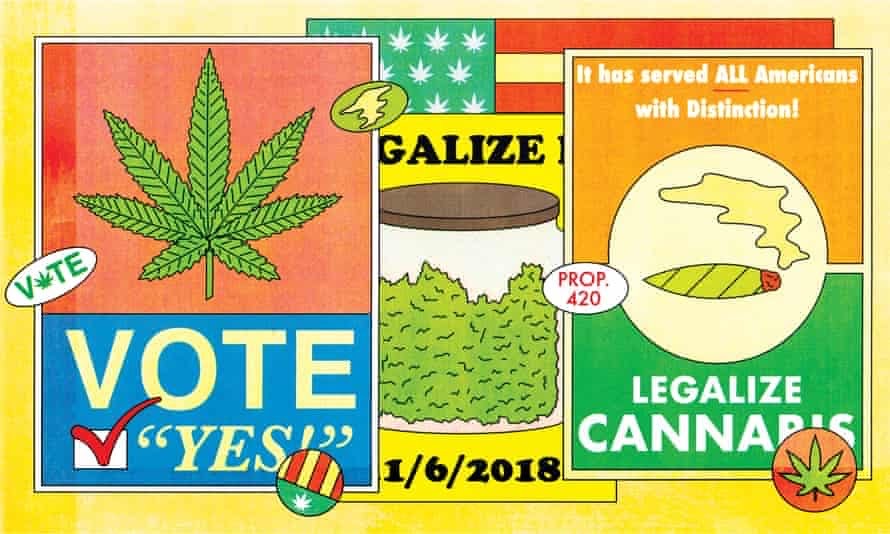 Illustration by George Wylesol for The Guardian

WASHINGTON, D.C. – The latest annual Gallup poll tracking support for making cannabis legal shows a record level of national support for this policy change. The poll, which Gallup has conducted every year since 1969, shows 68% of Americans are in favor of legalization, a modest increase from last year but indicative of accelerating policy changes as more states regulate cannabis for adult or medical use.

The full poll results can be found here.

“It should come as no surprise that support for making cannabis legal continues to climb as more states regulate the substance and voters are able to see the benefits of legal cannabis markets,” said Aaron Smith, co-founder and chief executive officer of the National Cannabis Industry Association. “When more than two thirds of Americans support legalization and now more than one third live in legal states, we are quickly approaching a tipping point for cannabis policy. Federal lawmakers need to listen to their constituents and support sensible comprehensive reforms now.”

“When more than two thirds of Americans support legalization and now more than one third live in legal states, we are quickly approaching a tipping point for cannabis policy.”

Despite the poll showing slightly less than majority support among respondents who identify as Republicans nationally, voters in the conservative states of Mississippi, Montana, and South Dakota approved adult use or medical initiatives by wide margins on Election Day. Voters in Arizona and New Jersey also approved adult use measures on Tuesday in record numbers. The poll shows majority support among all age demographics, though older Americans trail younger age groups in support by significant margins.

From our friends at the National Cannabis Industry Association (NCIA), the largest cannabis trade association in the U.S. and the only organization broadly representing cannabis-related businesses at the national level. NCIA promotes the growth of a responsible and legitimate cannabis industry and works toward a favorable social, economic, and legal environment for that industry in the United States.