Victories Emerge For Psychedelics, Drug Decrim in DC and Oregon 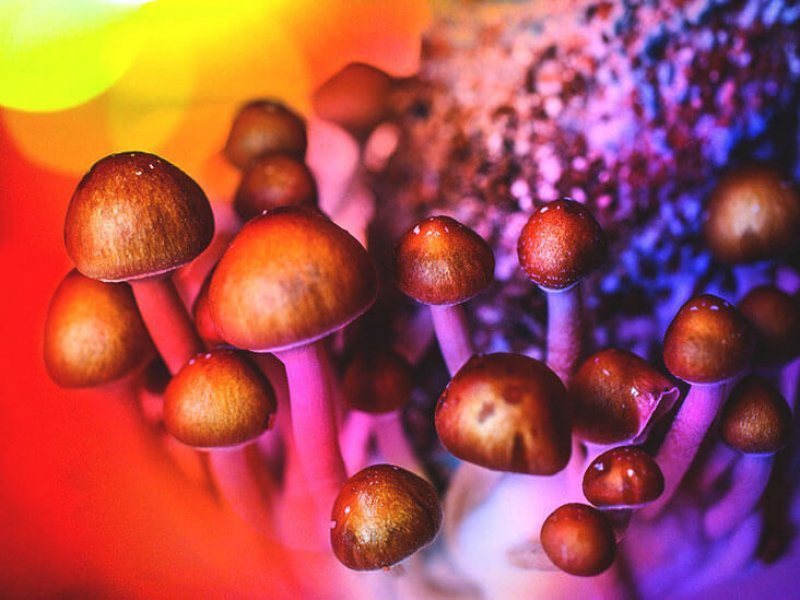 Yesterday, Oregon became the first state in the nation to decriminalize the possession of all illegal drugs and also legalize the use of psilocybin—the active ingredient in hallucinogenic mushrooms—for mental-health treatment, after voters passed a pair of ballot measures yesterday. And across the country in D.C., voters overwhelmingly decriminalized the cultivation and possession of entheogenic substances.

Both of Oregon’s measures are the first of their kind in any U.S. state, representing the next frontier in the relaxation of drug laws beyond cannabis. With this, activists are gearing up to take the next stage in scaling back America’s war on drugs.

Measure 110, which is backed by criminal justice reform groups, is aimed at diverting people from jails and prisons by treating possession as a citation and expanding access to treatment and recovery.

Also known as the Drug Decriminalization Measure, it promises to remove criminal penalties for low-level possession charges of hard drugs including heroin, cocaine, MDMA and LSD, and replace them with a $100 fine.

“Measure 110 is arguably the biggest blow to the war on drugs to date.”

That fine could then be waived if the person seeks treatment. A hotline to help the person access treatment, supporters say, would be printed on the back of the citation. The measure also promises to enhance treatment options statewide — and pay for that with surplus tax-revenue from statewide cannabis sales.

Oregonians voted to save lives this election. Thank you all who voted Yes on Measure 110. We’re so proud for Oregon to be a trailblazer in treating addiction as a health issue and not as a crime. #orpol pic.twitter.com/DUZSFRa1fB

“Today’s victory is a landmark declaration that the time has come to stop criminalizing people for drug use,” said Executive Director Kassandra Frederique of the Drug Policy Alliance, which spearheaded the measure.

“Measure 110 is arguably the biggest blow to the war on drugs to date. It shifts the focus where it belongs — on people and public health — and removes one of the most common justifications for law enforcement to harass, arrest, prosecute, incarcerate, and deport people. As we saw with the domino effect of marijuana legalization, we expect this victory to inspire other states to enact their own drug decriminalization policies that prioritize health over punishment.”

With Oregon’s Measure 109, the Oregon Health Authority will have the power to grant and revoke licenses related to psilocybin therapy. Following a two-year implementation plan, the first psilocybin clinics are expected to open by January 2023, Willamette Week reported.

Measure 109, also known as the Psilocybin Services Act, permits licensed service providers to administer psilocybin-producing mushroom and fungi products to individuals 21 years of age or older in supervised settings. As of Wednesday at about 6 a.m. ET, the measure was passing with 55.8% support and over 2 million votes cast, according to Oregon’s Secretary of State.

Essentially, Oregon has legalized medicinal psilocybin clinics—a stunning first for the U.S. in the 2020 elections.

Unlike medical cannabis laws, this wouldn’t mean that patients could just get a doctor’s recommendation and then buy psilocybin at a dispensary. Instead, they’d be able to buy, possess, and consume the psychedelic drug at a “psilocybin service center” in which they’d be supervised and guided through their trips by trained facilitators.

While some cities have moved to legalize and regulate access to the drug, Oregon will become the first state in the country to legalize it on a statewide basis if the measure passes and becomes law. Supporters of the measure point to the medical benefits of the drug, which has been shown in some studies to benefit trauma survivors.

WE DID IT! We are incredibly grateful for the support of each and every voter who helped us make history by creating the first legal psilocybin therapy program in the country. There are so many people to thank, read our full recap of this historic victory. https://t.co/uINSGXknHC pic.twitter.com/TFxDpaNBZp

Washington D.C. passed Initiative 81 Tuesday night, which decriminalizes the cultivation and possession of a wide range of “entheogenic plants and fungi.”

Initiative 81, also known as the Entheogenic Plant and Fungus Policy Act of 2020, passed by a landslide margin of 76.6% as of about 4 p.m. ET. Under the new law, possession and use of entheogenic plants and fungi will be among the District’s lowest law enforcement priorities.

The measure was put forward by Melissa Lavasani, a DC government employee who found that entheogenic plants and fungi helped her overcome anxiety, severe depression, panic attacks, and suicidal ideation after the birth of her second child. Decriminalize Nature DC shepherded the measure to the polls with substantial financial backing from David Brunner of the Dr. Bronner’s soap company.

Washington’s psychedelics initiative still faces hurdles: The D.C. Council needs to approve the measure before sending it to Congress for review. Congress then has 30 legislative days to block it or allow it to become law.

“People shouldn’t be criminalized for accessing these ancient treatments.”

“People shouldn’t be criminalized for accessing these ancient treatments,” Rep. Cina told the Burlington Free Press in February. Cina argued plants and fungi have powerful medicinal properties that humans have used for thousands of years.

“My belief is that substance use should be treated as a healthcare matter, not a crime,” he said.

H. 878 is currently sitting in the House Committee on Judiciary, where it will presumably be picked back up when January’s session kicks off.

The Future of Psychedelics and Drug Decrim

Polls show strong support for cannabis legalization, but it’s unclear how much public backing there is for measures decriminalizing psychedelics or legalizing them for medicinal purposes.

But activists may have an advantage in Oregon and Washington, DC — both of which are very liberal, and were among the first jurisdictions to legalize cannabis for recreational use.

The Oregon and DC measures, then, stand to set the stage for future drug policy reform efforts — not just one but two progressive areas moving forward with groundbreaking measures may signal a wider public appetite for expanding access to psychedelic drugs and more emphasis on mental health treatment.

Meanwhile, on the cannabis legalization front, voters in New Jersey, Arizona, and red states Montana, South Dakota and Mississippi approved of measures and initiatives to either legalize cannabis entirely or, in the case of Mississippi, approve the establishment of a medical cannabis program. Following the Election Day results, 15 states now have legal weed in some capacity.