What’s The Buzz Around Delta-8 THC? 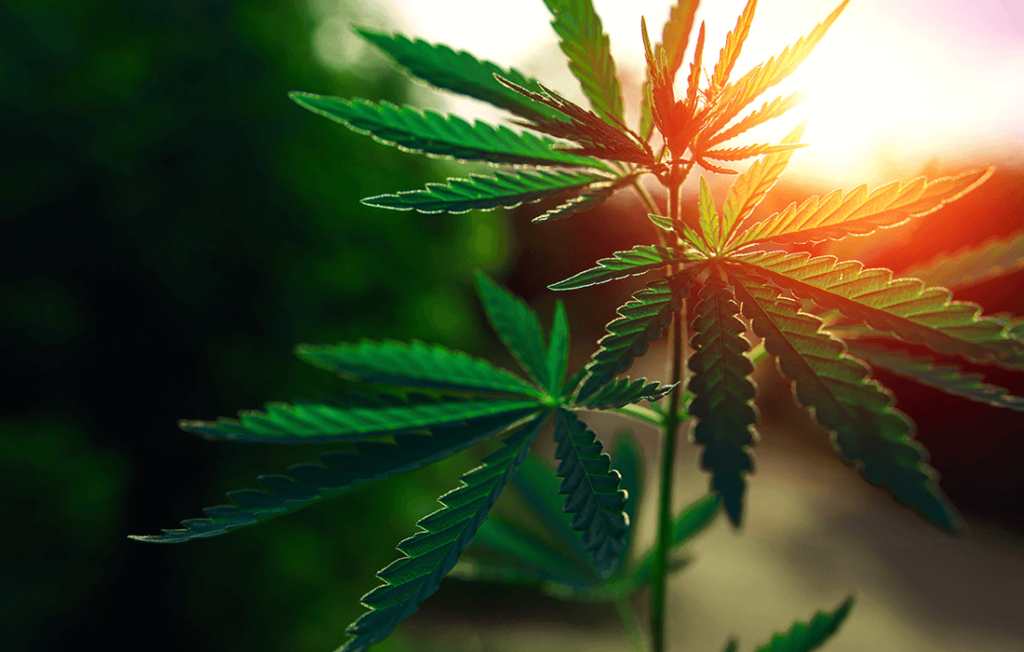 Whether you’re a veteran stoner or enthusiastic cannabis newcomer, you’re probably wise to the fact that THC and CBD aren’t the only therapeutic or psychoactive cannabinoids on the block. THCV, CBN, CBG, and CBC are all compounds native to the cannabis plant which have been found to exhibit either medicinal or intoxicating effects that warrant further excavation.

You may not have heard of it, but delta-8 THC is a double bond isomer of the more common delta-9 THC. While it may not be as strong as delta-9, delta-8 THC is still more than capable of giving an individual a mild high – along with a host of  potential therapeutic benefits.

Delta-8-THC is reported to offer a calmer high than delta-9, and may have anti-anxiety, antiemetic, pain-killing, neuroprotective, and even cancer-killing properties.

Delta-8-THC occurs in small amounts on cannabis and hemp plants naturally, but commercial extractors are using selective breeding and molecular isolation to extract concentrates that are abundant in delta-8-THC and other rare cannabinoids. 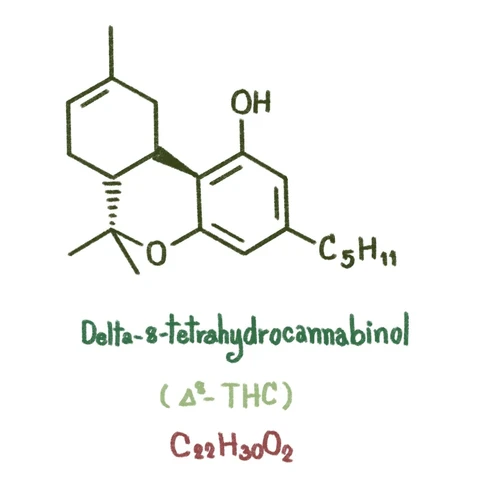 High-concentration delta-8-THC products such as edibles, capsules, and delta-8 extracts have been creeping onto the legal market for several years now. Delta-8-THC is reported to offer a calmer high than delta-9, and may have anti-anxiety, antiemetic, pain-killing, neuroprotective, and even cancer-killing properties.

Thanks to the federal government’s Schedule I classification of cannabis, though, clinical studies of the medical benefits of the plant are limited, and research into rare compounds found inside the plant are even more restricted. We found a few and have shared them below.

In 1974, government researchers performed a study on mice to find out if delta-8 harmed the immune system. Instead, what they discovered were the cannabinoid’s cancer-killing abilities. Despite the groundbreaking nature of the discovery, delta-8 has been kept mostly out of the public eye aside from a few studies. It took decades for the government to even admit that delta-8 could kill cancer cells.

A 1995 study conducted by Shaare Zedek Hospital, Bikur Holim Hospital and the Hebrew University, located in Jerusalem, gave children with cancer delta-8 THC. The lead author, Dr. Raphael Mechoulam, was the head of the team that first discovered delta-9 THC. The study authors noted that at the time of the article being published, there had been 480 successful treatments of cancer with delta-8 THC. Additionally, the cannabinoid was reported to have made participants stop vomiting.

Another report by the National Cancer Institute found delta-8 THC, delta-9 THC and CBD all had the ability to stop tumor growth.

There have been a couple of U.S. patents filed—more than a decade ago—with instructions on how to get to delta-8 THC.

The first is a United States patent with instructions on the conversion of CBD to delta-8 THC from 2004. The second patent, on the anti-emetic uses of delta-8 THC, goes over the active ingredients in the pharmaceutical composition used in research.

What are the Potential Therapeutic Benefits of delta-8-THC?

Delta-8 is capable of connecting to the same CB1 receptor as delta-9 THC would, as well as the CB2 receptor.

Delta-8 THC: Is It Legal in Vermont?

Antiemetic means it can treat nausea and vomiting, which explains why the children in the study based in Jerusalem stopped throwing up after taking delta-8 THC. The United States government has a patent on the antiemetic uses of delta-8.

A 2004 study found rodents treated with low doses of delta-8 THC had their appetites stimulated more than those treated with delta-9.

Anxiolytics are medications that inhibit anxiety. So, delta-8 is far less likely to induce anxiety in high doses than its more popular relative, delta-9 THC.

According to the National Cancer Institute, delta-8-THC exhibits “lower psychotropic potency” than delta-9-THC.

The 1995 study on children found that kids are less vulnerable to the anxiety that adults feel from high doses of THC. So, researchers were able to give them larger doses of delta-8 with no harmful consequences. In fact, the study participants, aged three to 13, did not show any signs of psychoactive effects after ingesting delta-8 THC.

According to research and data on one of the patents of the cannabinoid, delta-8 THC has been shown to be 200 percent more effective as an antiemetic when compared to delta-9. In some cases, it has been found to be three to 10 times less potent than delta-9.

According to the National Cancer Institute, delta-8-THC exhibits “lower psychotropic potency” than delta-9-THC, and could even bind to the brain’s CB receptors (which are responsible for how the brain receives cannabinoids) via different mechanisms than does delta-9-THC.

Most cannabinoids share at least one or two of the same potential therapeutic benefits, with their own distinct efficacies in treating specific ailments. Delta-9-THC and CBD both have pain-relieving properties, for example, but where THC alleviates neuropathic pain, CBD has greater efficacy for treating inflammatory pain.

Delta-8 offers many of the same medicinal applications as delta-9, but with varying degrees of effectiveness, depending on the ailment in question. While research into the benefits of delta-8 is limited thus far, the cannabinoid has shown potential in treating cancer, nausea, anxiety, pain and neuroprotection.

How Does Delta-8-THC Make You Feel?

Delta-9-THC is the primary intoxicating component of cannabis, but that doesn’t mean it’s peerless. Though not present enough in most strains of flower to have a more noticeable effect than delta-9, delta-8-THC is also reportedly capable of eliciting psychotropic effects when taken in higher concentrations.

Simply put, delta-8 reportedly offers a milder cannabis high, still potent but with a curbed intensity, at least compared to the effects of the more common delta-9. It may specifically be less likely to elicit the THC effects that make people feel uneasy or uncomfortable.

As with any other new compound that hasn’t been extensively studied, regard delta-8 THC products with caution. And as with any other cannabinoid product, ask careful questions about sourcing, certifications and other quality measures.