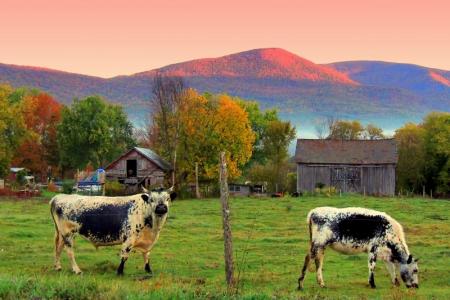 The following is a Vermont Agriculture Press Release from the Office of Sen. Patrick Leahy (D-VT) –

Can Be Paid Directly For Work In Protecting Water Quality

*** Ironing Out The Bump In Federal Hemp Standards

ENLISTING DAIRY FARMERS IN PROTECTING WATER QUALITY:  On the more traditional farm front, there was also recent good news that could bring long-lasting benefits to the dairy industry.  Under a pilot program funded through a $7 million USDA grant, farmers for the first time will be paid directly for services they provide in protecting water quality for the benefit of all Vermonters.  Funding is through the Resource Conservation Partnership Program that Leahy worked to include in the 2014 and 2018 Farm Bills.  This program will put Vermont at the forefront in demonstrating Payment for Ecosystem Services (PES) projects, an approach to environmental protection in which the community benefits of well managed resources are measured, and land owners are paid by the unit, as they would be for other goods or services.

Farmers are embracing this concept that allows them to flexibly manage their land, recognizing that they know their land best, and paying farmers for measurable outcomes.  This Vermont pilot will help demonstrate whether the PES approach may reduce phosphorus runoff more efficiently than do traditional regulatory approaches.

HEMP AND CBD PRODUCTION:  Vermont has been a leader in CBD hemp production since the crop was first legalized in the 2014 Farm Bill.   As the former chairman and longest-serving member of the Agriculture Committee, Leahy worked on provisions in the 2014 law that allowed for limited hemp cultivation and sales under pilot programs run by state agriculture agencies.  Before that law, hemp had been illegal under the same federal law that bans marijuana.  Vermont quickly became a leader in hemp production, subject to regulation by the Vermont Agency of Food and Markets.  Leahy worked to move beyond the pilot phase to fully legalize hemp production in the 2018 Farm Bill.

Then a bump in the road emerged under USDA’s rules to implement the Farm Bill provisions for hemp production, to take effect for the 2021 season, that are difficult, if not impossible, for producers to fully meet.  This would have dealt a severe blow to Vermont’s most promising new specialty crop.

This threat has now been resolved, at least temporarily, with a provision delaying the implementation of the new federal standards by a full year, in language that was included in Appropriations legislation for funding the federal government.  Leahy, as the Vice Chairman of the Senate Appropriations Committee, provided key support for this provision, which will give hemp farmers the certainty of planning for the next growing season under the existing Vermont regulations, while policymakers have more work to do in correcting the problems with the USDA regulation.  These few sentences that Leahy helped engineer have saved the day for many Vermont hemp farmers.

“Both of these actions — relaxing the poorly drawn hemp regulations, and the PES pilot program in Vermont – will give Vermont farmers more flexibility in managing their land and their crops, also offering an opportunity to improve their bottom lines.”