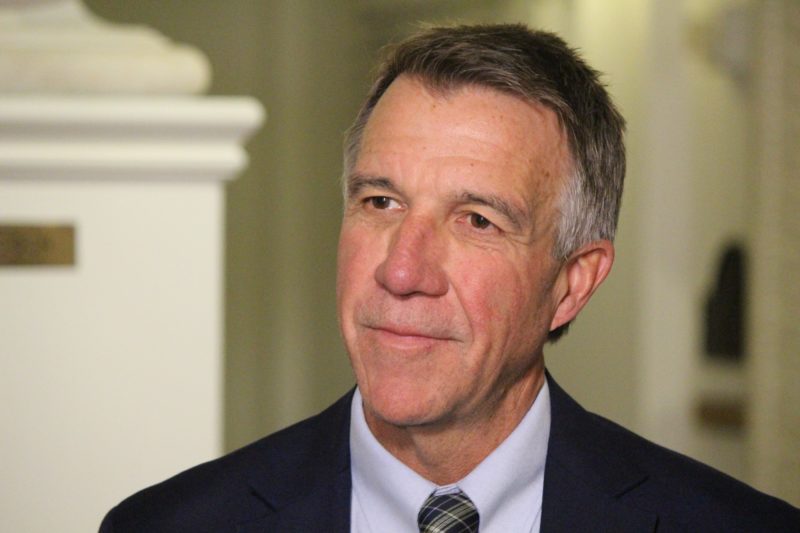 This press release was published by the office of the Governor last evening.

MONTPELIER – Governor Phil Scott yesterday announced action on a range of bills, including the Legislature’s bill to create a regulated cannabis market in Vermont, which will be allowed to go into law without his signature.

Throughout the Legislature’s four-year push to create a regulated cannabis market, Governor Scott has consistently called for any legislation to include a plan and funding for expanded education and prevention programs for Vermont kids, a plan for highway safety and the ability for communities to prohibit retail cannabis businesses. Governor Scott said the Legislature has moved slowly toward his position in these areas.

“This new bill requires cities and towns to authorize these businesses before retail establishments may open. It ensures local zoning applies to cannabis cultivation and production. It dedicates 30% of the excise tax, up to $10 million per year, to education and prevention efforts. And the sales and use tax on cannabis would fund a grant program to expand afterschool and summer learning programs,” the Governor said. “Additionally, the FY21 budget includes language I proposed to move toward a universal afterschool network, which is based on a successful model from Iceland and is focused on preventing drug use and improving academic and social outcomes.”

The Governor also highlighted several new provisions to enhance safety on the roadways, including allowing testimony of trained officers and Drug Recognition Experts regarding impairment to be presumed admissible in court, and accepting saliva testing as evidence if performed.

Though these provisions addressed many of Governor Scott’s longstanding concerns, he also called for additional action from the Legislature to address remaining deficiencies in the bill.

“The Legislature needs to strengthen education and prevention – including banning marketing that appeals in any way to our kids – otherwise they are failing to learn the lessons of the public health epidemic caused by tobacco and alcohol.”

While recognizing that some social justice elements are included in the bill, Governor Scott also noted concerns from communities historically most negatively affected by cannabis enforcement that the bill did not do enough to ensure more equity in this new market. He encouraged legislators to revisit these concerns and work with his Administration and these communities to address them in January.

His letter to the Legislature outlines specific areas for consideration on racial equity, changes to the board appointment timeline and accountability structure, creation of a special fund for education programming and a ban on the sale of vaping products and marketing that appeals to kids.

“This has been a top priority for the majority in the Legislature for four years, but their work is not complete. They must ensure equity in this new policy and prevent their priority from becoming a public health problem for current and future generations. For these reasons, I am allowing this bill to become law without my signature,” concluded Governor Scott.

Click here to view the Governor’s letter to the Legislature regarding S.54.

Governor Scott also allowed S.119 to go into law without his signature, noting he agreed with the goals of the legislation but urged lawmakers to revisit the hastily drafted bill with additional input from marginalized communities and public safety officials.

Click here to view the Governor’s letter to the Legislature regarding S.119.

To view a complete list of action on bills passed during the 2020 legislative session, visit https://governor.vermont.gov/governor-scotts-blog/2020-legislative-session.