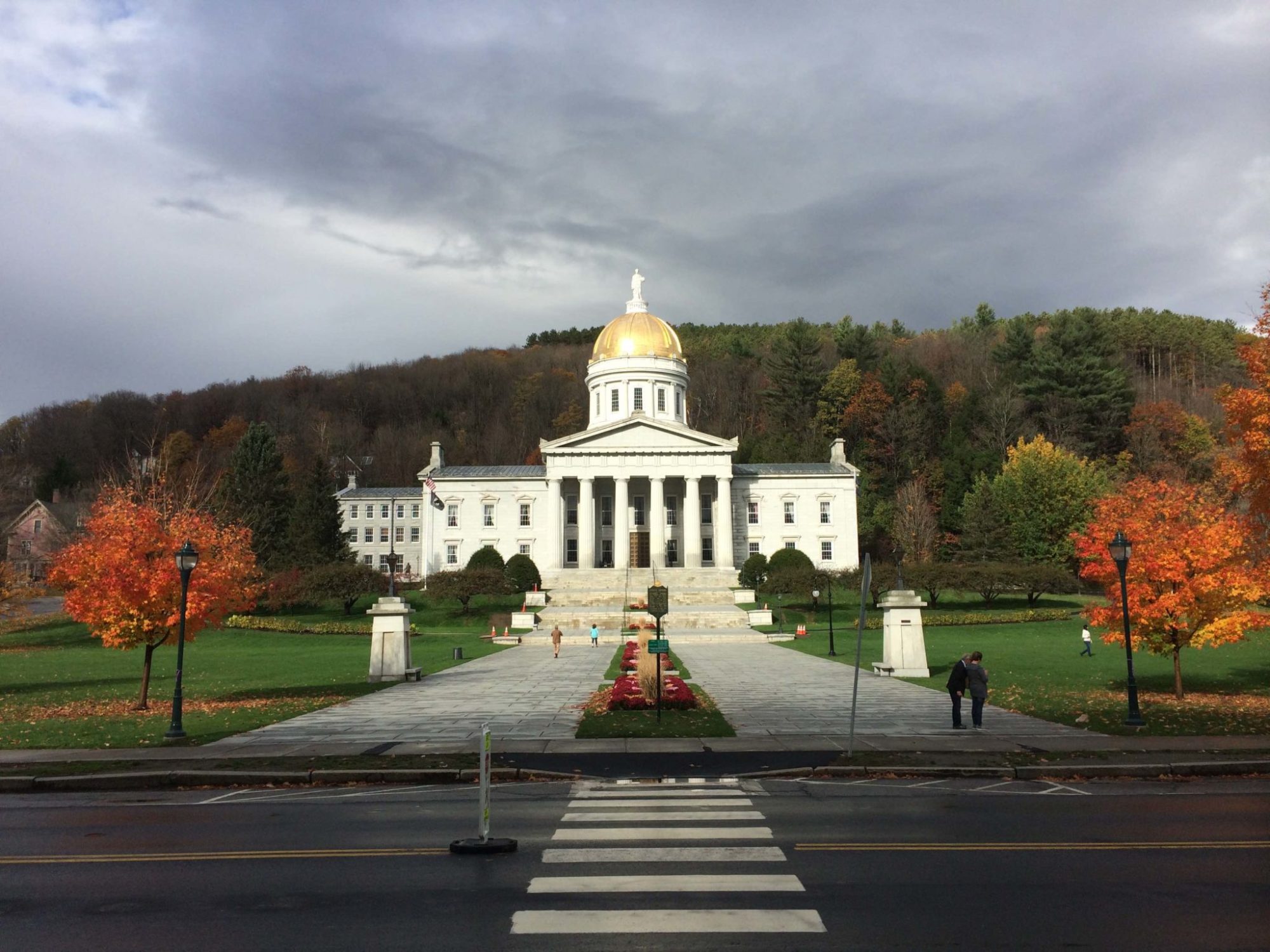 Last Friday, the Vermont legislature adjourned what has been the longest legislative session in Vermont history. From fighting for livable wages, paid family leave, cannabis reform and climate action to ensuring a just, equitable recovery from the COVID-19 pandemic, the 2020 session was marked by battles won and lost.

The legislature passed a $7.2 billion budget that will fund state government through the last nine months of the fiscal year and allocates the last chunk of the $1.25 billion in federal Coronavirus Relief Funds Vermont received via the CARES Act. This comes after days of back and forth negotiations between House and Senate conferees.

H. 688, the Global Warming Solutions Act, which was vetoed earlier this month by Governor Phil Scott, will officially become law after the Governor’s veto was overridden by the House and the Senate.

The Solutions Act will put Vermont on a path toward meeting its commitment to the Paris Climate Accord by 2025 and achieving net-zero carbon emissions by 2050 by turning its current greenhouse gas reduction goals into requirements and setting binding deadlines for the state to meet them.

The bill also spurs the creation of a diverse Climate Action Council tasked with developing a detailed plan to reduce emissions and bolster our climate adaptation efforts.This plan will be used to inform Agency of Natural Resources rulemakings on reducing climate pollution and ensure Vermont’s most vulnerable communities aren’t left behind as we step into a clean energy future.

Lawmakers also tackled police brutality and systemic racism in the state that would change an array of police and corrections practices — including ones regarding the use of deadly force, body camera footage and the hiring of new police officers. See our latest update on the package of bills passed by the House and Senate.

And of course, in September the Senate and House passed bills S. 54 and S. 234, the bills to, respectively, tax and regulate cannabis and automatically expunge prior low-level cannabis possession records in Vermont. S. 54, in particular, has been the subject of much debate. Both bills are currently on Gov. Scott’s desk.

Vermont regulators released an FAQ about the state’s hemp program clarifying the specifics of grower registration.

The U.S. Department of Agriculture (USDA) announced last month that it is expanding its COVID relief program for farmers—and that hemp farmers are now eligible for USDA coronavirus relief.

The US Senate sent Trump a short-term funding bill, which he signed October 1, that continues state medical cannabis protections through Dec 11 and extends the 2014 hemp pilot program through 2021.

At the end of the session, the legislature passed a $7.2 billion budget that will fund state government through the last nine months of the fiscal year and allocates the last chunk of the $1.25 billion in federal Coronavirus Relief Funds Vermont received via the CARES Act. This comes after days of back and forth negotiations between House and Senate conferees.

Below are just a few of the bill’s highlights:

$76.7 million in emergency economic recovery grants for Vermont businesses and nonprofits. As previously reported, the application process for these grants will look different this time around in that there will be a grace period of sorts before grants are awarded.

Instead of launching the program and fielding applications on a first come first served basis, there will be a designated application period for businesses to provide information demonstrating that they experienced a revenue loss from March to September and that the aid that they have already received has not covered said loss. At the end of the application period, ACCD and Department of Taxes will aggregate all of the information they’ve received from businesses and begin to distribute relief based on need.

While the final bill did not include a set aside for the Women and Minority-owned Business Grant Program, it does include language requiring ACCD and Department of Taxes to market the program to historically underserved communities and to publish reports, including demographic data, to ensure resources are being distributed equitably.

$22.5 million in hazard pay for Vermont’s frontline essential workers. These funds will be used to compensate essential workers in the food, retail, childcare, and distribution sectors who risked infection earlier this year but were left out of the initial grant program.

$17 million in additional stimulus for unemployed Vermonters. These funds will be used to provide direct grants of no more than $100 per week for up to five weeks to Vermonters receiving unemployment insurance benefits.

$800,000 in childcare provider stabilization grants. These funds will be used to bolster the capacity of Vermont’s child care centers at a time when the critical role that childcare plays in creating a strong, equitable economy could not be more clear.

The passage of the FY21 budget marked the end of the legislative session and was the product of countless hours of work by House and Senate Appropriators and Committee leads. Here is a summary of the conference committee report and a summary of how the remaining $248 million in Coronavirus Relief Funds were allocated.

Gov. Phil Scott, along with the Agency of Commerce and Community Development (ACCD) and the Department of Taxes, on August 18 announced an increase to the maximum grant award for Economic Recovery Grants for Vermont businesses negatively impacted by the COVID-19 pandemic.

The increase in the maximum grant award is available to businesses in the lodging, retail, hospitality, arts, travel and event affiliated sectors that have continued capacity constraints.

On August 21, Governor Scott announced his proposal for an additional $133 million in economic relief and recovery, using funds from the $1.25 billion the state received from the Federal CARES Act.

At a press conference on September 15, Governor Phil Scott was joined by Anthony Fauci, M.D., director of the National Institute of Allergy and Infectious Diseases (NIAID) to discuss Vermont and the nation’s response to the Coronavirus pandemic.

The Governor admitted that these changes will help, however, not fully bridge the gap of what the lodging industry will experience as they displayed with the below graph. 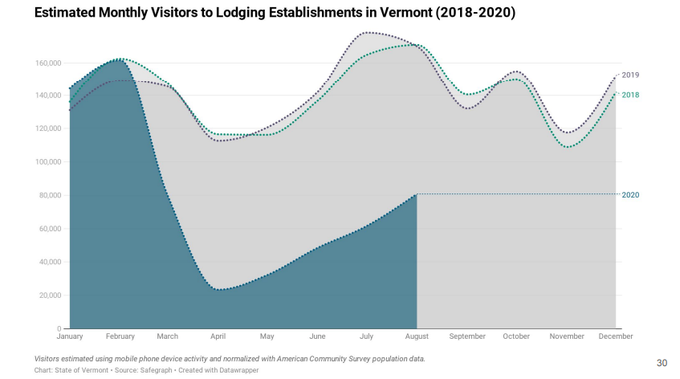 The Governor also rolled out new technical assistance programs for businesses who would like to connect with local service providers to overcome obstacles created by COVID-19 which can be found here.