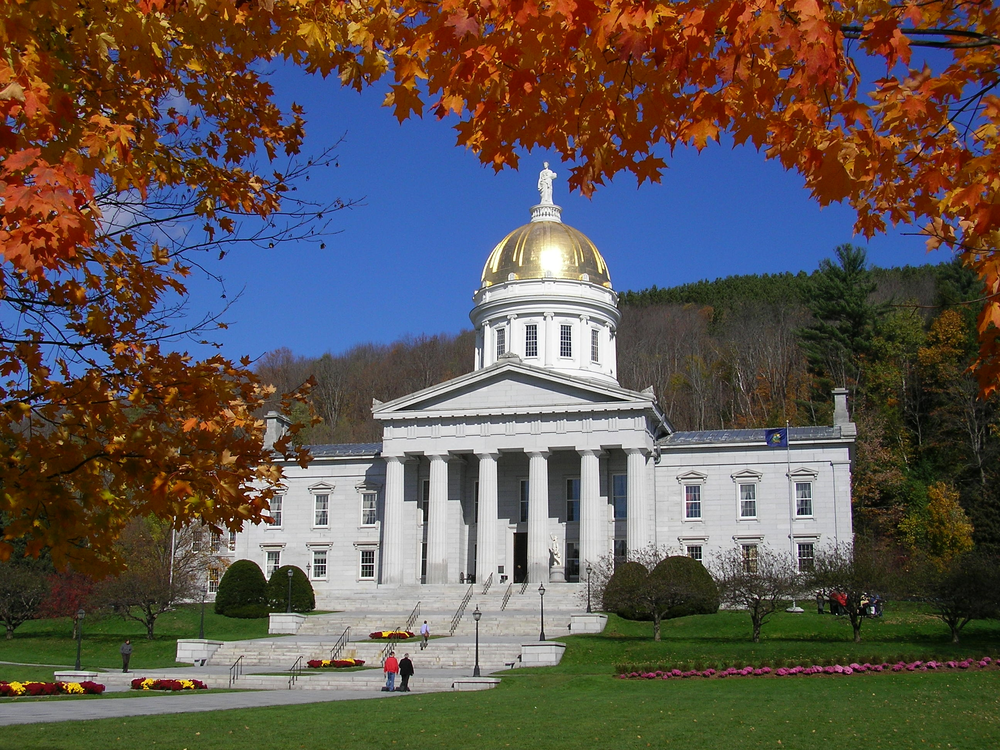 S.54 will go to the Senate for a final vote before it hits the Governor’s desk.

MONTPELIER — Today, the Vermont House of Representatives cast a final vote (92-56) in favor of S. 54 — legislation that would legalize, regulate, and tax cannabis sales. House and Senate negotiators reached a final agreement on the provisions of S. 54 earlier this week after several weeks of debate.

The bill will require a final vote from the Senate before it proceeds to the desk of Gov. Phil Scott, who has not yet indicated whether he will sign it. Check out a summary of the bill here and also embedded below on this page.

If S. 54 is enacted, Vermont would join 10 states that have laws regulating and taxing cannabis for adult use. Vermont remains one of only two U.S. jurisdictions where cannabis is legal but where adult-use sales are still illegal and unregulated. The other jurisdiction is Washington, D.C., which has less autonomy than states. Congress has prevented D.C. from legalizing and regulating cannabis sales.

The bill, sponsored by Senators Richard Sears, Timothy Ashe, Joseph Benning, Christopher Pearson, John Rodgers, and Jeanette White passed the Senate last year, and sat in the House Ways and Means Committee when the legislative session concluded in May of 2019.

The bill left the House Ways and Means committee in February of this year and spent a packed week in the House Appropriations committee. The committee took testimony from a number of people before advancing the bill to the House floor, where reps passed it in a 90-54 vote.

A bicameral conference committee, composed of key lawmakers from each chamber, kicked off the first of several meetings in August to hammer out differences between the Senate and House versions of the bill. They debated issues such as which regulatory body should be responsible for overseeing the state’s existing medical cannabis program, distribution of tax revenues, municipal opt-in versus opt-out, pot businesses and reporting requirements for regulators in charge of overseeing the industry.

The committee meetings were at times heated, including a disagreement over the House’s primary – and unrelated – seatbelt enforcement measure threatening to upend negotiations, which House members eventually agreed to remove.

Other contentious issues included the House proposal to ban cannabis products containing more than 30 percent THC and 60% THC for concentrates (this stayed in), and allowing roadside testing of saliva for impaired driving.

To compromise with the House, the Senate agreed to several House priorities, including saliva testing, provided police officers obtain a warrant to do so.

To compromise with the House, the Senate agreed to several House priorities, including saliva testing, provided police officers obtain a warrant to do so. Gov. Phil Scott has previously stated that he won’t sign a bill without roadside saliva testing.

An overwhelming 76% of Vermont residents support allowing adults 21 and over to purchase cannabis from regulated, tax-paying small businesses according to a poll conducted by Public Policy Polling and commissioned by the Marijuana Policy Project earlier this year.

Separately but concurrently, the House last week voted to approve S. 234, a bill that will automatically expunge all criminal records for past cannabis possession offenses.