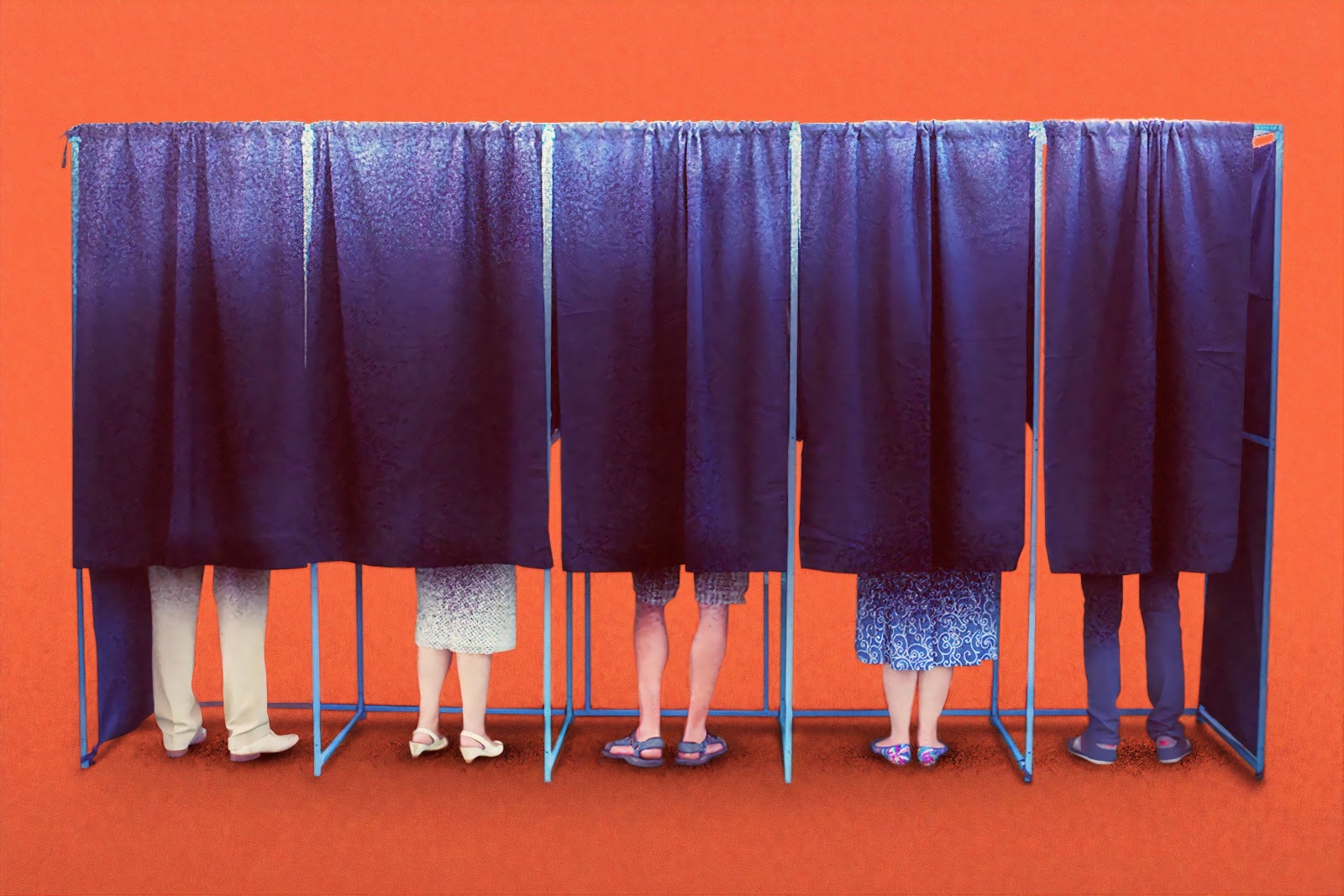 What are Voters Choosing This November?

The next president of the United States. Also drug legalization measures in seven states; 33 US Senate seats; all 435 seats in the House of Representatives; 11 state governors; thousands of state senators and representatives; and many local city and county council races.

In the latest national opinion polls released by both Pew and Gallup, more than two-thirds of Americans said they were ready to see cannabis legalized across the country. Below we’ve included a snapshot of the U.S. 2020 General Election, and highlighted what’s at stake as we close out what has been one of the most tumultuous years in the history of the country.

According to the Vermont Secretary of State, absentee ballots for the November 3 General Election will be available not later than September 21, 2020 – meaning that voters throughout the state will start receiving their absentee ballots over the next few days.

Check out our Vermont primary guide for more detailed info on the statewide offices up for election, and candidates’ various statements and track records on cannabis. The article also has detailed info on how to register to vote or check your voter registration status in Vermont. Stay tuned for a more local update ahead of voting kickoff.

For cannabis, everything: Federal and state adult-use cannabis legalization. Medical cannabis policy reform. State-level legalization. And perhaps most significantly, the state and local leaders who will implement or block important reforms.

Get The Roll Up, the most important cannabis
news of the week – directly to your inbox. Sign up now.

Research your candidates for local office carefully! If you’re not sure where they stand on issues that matter to you, ask. In this unusual pandemic election season, they’re eager to find ways to connect with voters.

Here are some numbers that illustrate the importance of casting a vote: About 79,000 votes in three states decided the 2016 presidential election. By contrast, 100 million eligible voters did not vote in that election.

Which States are Voting on Legalization Measures?

In addition to electing candidates, voters in six states and the District of Columbia will be making decisions on decriminalizing, legalizing and regulating cannabis and psychedelics.

In Nebraska, a medical marijuana initiative had enough signatures for the ballot, but a legal challenge was filed and the Nebraska Supreme Court struck it from the 2020 ballot.

Oregon voters will consider two separate drug reform measures. One would legalize the medical use of psilocybin. The other would decriminalize small amounts of all drugs.

In the District of Columbia, a wide ranging psychedelics decriminalization measure that would cover substances such as ayahuasca, ibogaine, and psilocybin has qualified for the November ballot.

A note on the referendum process: Vermont, like its neighbors in New York and New Hampshire and 21 other states, does not have a process for citizen-initiated measures, such as ballot initiatives or veto referendums, at the statewide level.

For more detailed info on state cannabis referendums, check out the Marijuana Policy Project’s comprehensive overview of state ballot measures in the 2020 General Election here. Their voter guide includes more details about these proposals — including a competing, restrictive measure the legislature put on the ballot in Mississippi.

Where the candidates for VT gov stand on regulated cannabis?

Both Governor Phil Scott and his Democratic challenger, Lieutenant Governor David Zuckerman support the sale of the new commodity, but their vision of how the market would look are worlds apart.

Lt. Gov. David Zuckerman (D), who is running against the incumbent Scott, has long been a strong advocate for establishing a regulated cannabis market in the state. The Hinesburg organic farmer and longtime lawmaker says that equal opportunities for creating a farm or business are a must. He also says Vermont needs a rigid regulatory framework to make sure that whatever hits the shelves is safe.

In 2014, Zuckerman co-sponsored S.48, an act relating to decriminalization of possession of one ounce or less of cannabis. He was also the lead sponsor of S.306, and S.95, which proposed a taxation and regulatory system for cannabis in Vermont. In 2015, Seven Days said that Zuckerman “has been championing marijuana reform since he was elected to the legislature nearly two Decades ago.”

Vermont’s Gov. Phil Scott (R) has an up-and-down history with cannabis legalization. In 2017, he vetoed a bill legalizing possession, citing concerns about driver safety and underage use. But in 2018, he signed off on a personal use legalization bill, which he said addressed some of his stated concerns.

To date, Governor Scott has not indicated whether he would sign S.54, but he has said he would not sign any cannabis bill unless it included a provision that allows for warrantless saliva testing of impaired drivers.

VT Senate Takes Up S. 54–But Will The Governor Sign?

Biden vs. Trump: Where they stand on cannabis

With the 2020 presidential election just months away, the future of cannabis legalization will likely rest on the shoulders of whoever is sitting in the Oval Office come January. So how do Donald Trump and Joe Biden feel about legalizing weed? Let’s take a look.

Unlike Trump, who first entered politics about five years ago, Democratic presidential nominee Joe Biden has gone on record about weed for decades. Unfortunately for legalization supporters, Biden has stood firmly against total cannabis law reform for his entire career in public service.

While he has bent his prohibitionist mindset during the current election push to support nationwide marijuana decriminalization, Biden has remained staunchly opposed to total federal legalization.

Biden’s running mate Kamala Harris, who herself has a complicated track record on cannabis,, is the Senate sponsor of the MORE Act, the House’s comprehensive and historical effort to decriminalize cannabis and repair the harms of the war on drugs.

Harris, who as a former California attorney general took a firm stance against cannabis, recently changed her prohibitionist tune and has come around as a vocal supporter of federal cannabis legalization. Still, it is unclear if Harris will be able to push Biden further towards legalization if their ticket prevails in November.

When Donald Trump ran for president in 2016, state-specific cannabis industry insiders and weed investors had high hopes for the candidate, who professed a love for small government and regulatory rollbacks.

After the election, those lofty expectations quickly turned into pipe dreams. And while the president himself has said very little about cannabis during his time in office, Trump did not waste time taking his first steps toward continuing pot prohibition. Before he was even sworn in, Trump announced Alabama senator Jeff Sessions, a longtime outspoken anti-cannabis advocate, as his appointee for attorney general.

Once in office, Sessions quickly removed protections for state-legal cannabis industries, cracking the door open for the possibility of DEA raids and other federal marijuana enforcement on weed businesses in Oregon, Washington, Colorado, and other green rush states.

In his public statements, President Trump has been characteristically vague about cannabis legalization. But his administration’s actions have made it absolutely clear that the Trump White House wants nothing to do with legalization.

Get The Roll Up, the most important cannabis
news of the week – directly to your inbox. Sign up now.