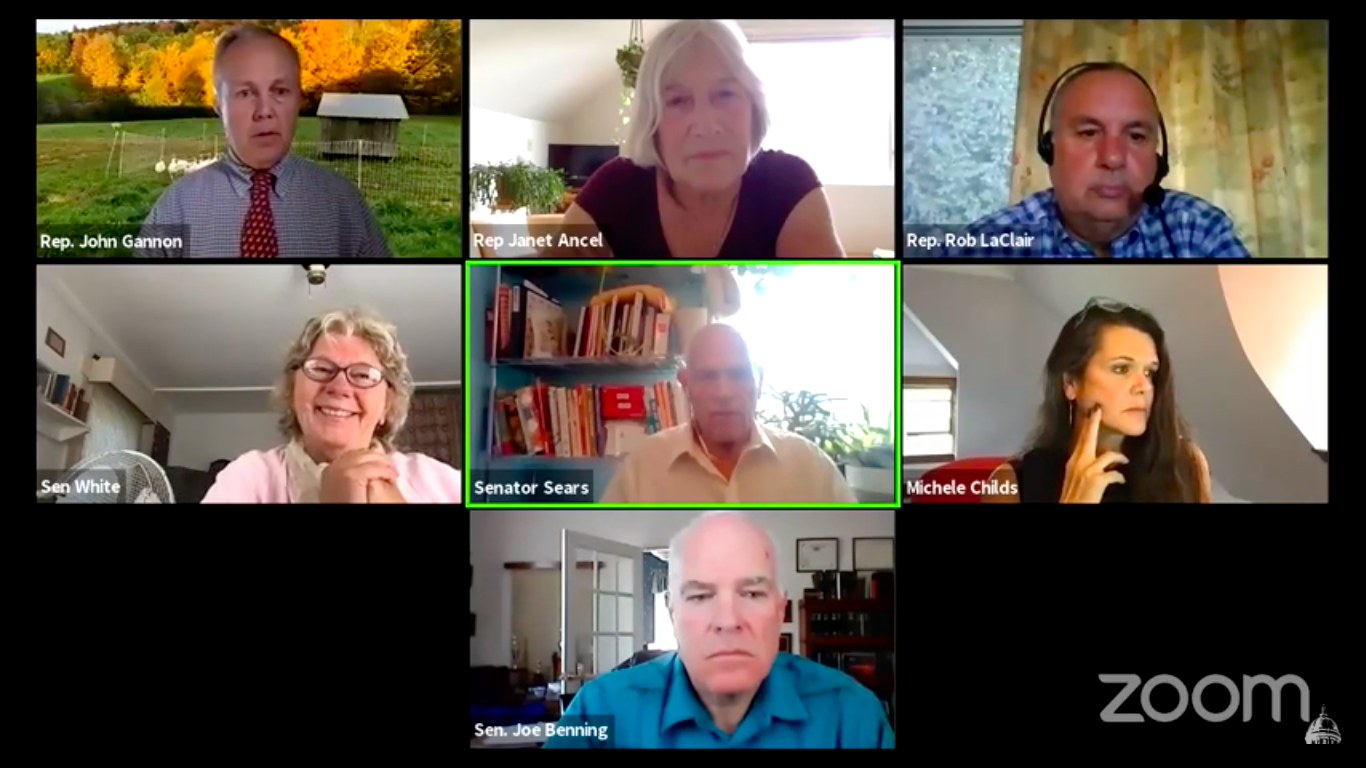 The House and Senate are nearing a deal on S.54, legislation that would create a legal, regulated cannabis marketplace in Vermont. On Friday, House members of the bicameral legal sales negotiation panel unveiled their counteroffer to a proposed compromise that the Senate side offered last month.

The major disagreement remaining between the two chambers on S.54 is how to raise revenue from the new industry for municipalities. The Senate favors sending 2% of tax revenue from cannabis sales to towns that host pot businesses, while the House supports giving towns money in the form of licensing fees collected from cannabis businesses.

The last few conference meetings have largely focused on the economics of the cannabis commerce bill, the most recent legislative effort of several over the past few years, and how many tax dollars are projected to be allocated to various state programs and funds.

Members have also debated policies such as which regulatory body should be responsible for overseeing the state’s existing medical cannabis program, as well as reporting requirements for regulators charged with overseeing the industry.

While lawmakers still haven’t reached a final agreement, negotiators from both chambers made major concessions during Friday’s meeting.

To compromise with the House, the Senate agreed to several House priorities, including a measure that would allow police to use saliva tests to screen drivers for drug use, provided they obtain a warrant to do so.

While saliva tests can determine whether drugs, including cannabis, are in a driver’s system, they can’t determine whether drivers are impaired at the time the test is administered. Cannabis can remain in someone’s system days, or weeks, after it is ingested.

To compromise with the House, the Senate agreed to several House priorities, including a measure that would allow police to use saliva tests to screen drivers for drug use.

After senators disagreed with the House’s proposal to make it a requirement for towns to vote to “opt-in” before cannabis dispensaries can open up — citing concerns that it would make it hard for the fledgling industry to develop in Vermont — they accepted the House’s position on Friday.

In a major concession, the House agreed to get rid of a primary seat belt enforcement, a provision that would give police the authority to pull drivers over if they suspect they aren’t wearing seat belts. The Senate members have vigorously opposed this measure, arguing that it will lead to an increased number of police stops, which studies show more heavily impact people of color.

Sen. Dick Sears, D-Bennington, the chair of the Senate Judiciary Committee, called the measure a “deal breaker” last month and again emphasized on Friday that he could not accept the bill if it was included.  “There is no compromise on seat belts,” Sears said. “So it’s either out or there’s no point in us continuing to discuss.”

Another notable concession the House made was accepting the Senate’s proposal to shift regulatory control for the state’s medical cannabis program to the Cannabis Control Board established under the bill, instead of keeping it under the Department of Public Safety.

The House stayed firm on its proposed ban on advertising and restrictions on what types of products will be available to consumers.

Committee talks will continue this coming week,and are expected to focus on how cannabis, and Vermont’s new regulated cannabis industry, would be taxed. Under the current tax structure that both chambers have agreed on, cannabis sales would be subject to a 14% excise tax as well as a 6% sales tax.

“It appears that we’re probably extremely close on everything except one issue,” Sears noted at the end of Friday’s meeting, saying the House and Senate were close to a deal.

The Senate and House negotiators will be meeting again next week.

Meanwhile, as Marijuana Moment reported last week, prohibitionist group Smart Approaches To Marijuana is working to get constituents to contact House Speaker Mitzi Johnson (D) to raise concerns about cannabis as the legislature finalizes the legal sales bill — and they recently made the controversial decision to include her personal cell phone number in a mailer sent out to residents in her district.

Separately, the Senate also approved a bill in June that would double the amount of cannabis that can be possessed and grown without the threat of jail time.