Op-Ed: The War on Drugs is a War on People of Color 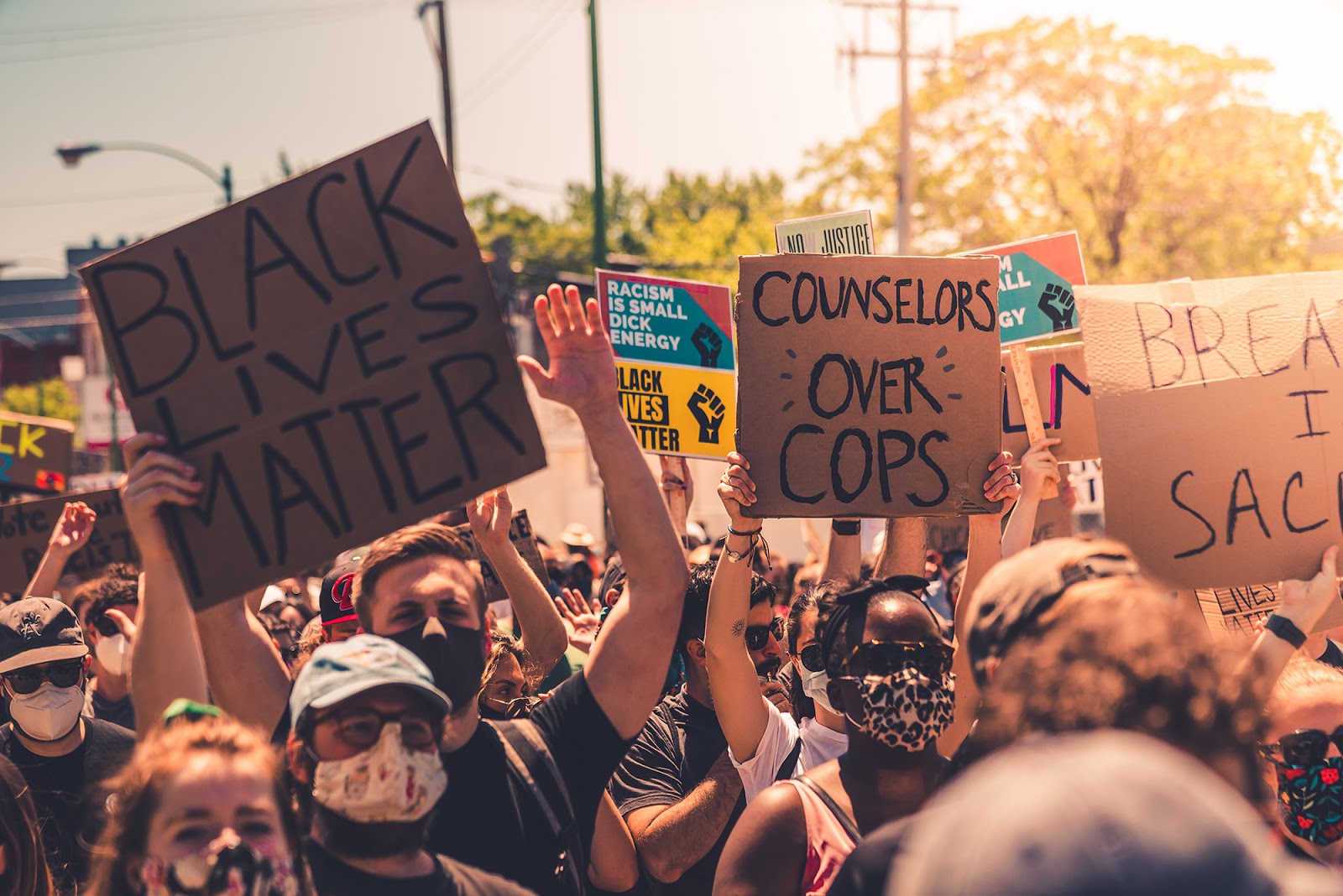 There are no words strong enough to describe the pain and agony we have shared with the country as we’ve watched the events of the last few days unfold following the horrific murder of George Floyd. But first, I’d like to start with a personal story.

When I was 15 and growing up in Western New York, I got myself in a little bit of trouble, and eventually, after defying a house arrest order, found myself in a juvenile detention center. The facility in downtown Rochester, just a few miles from the (very) white suburbs of Pittsford where I grew up, was completely different from anything I had ever seen. Aside from a few staff, I was the only white person the majority of the time. 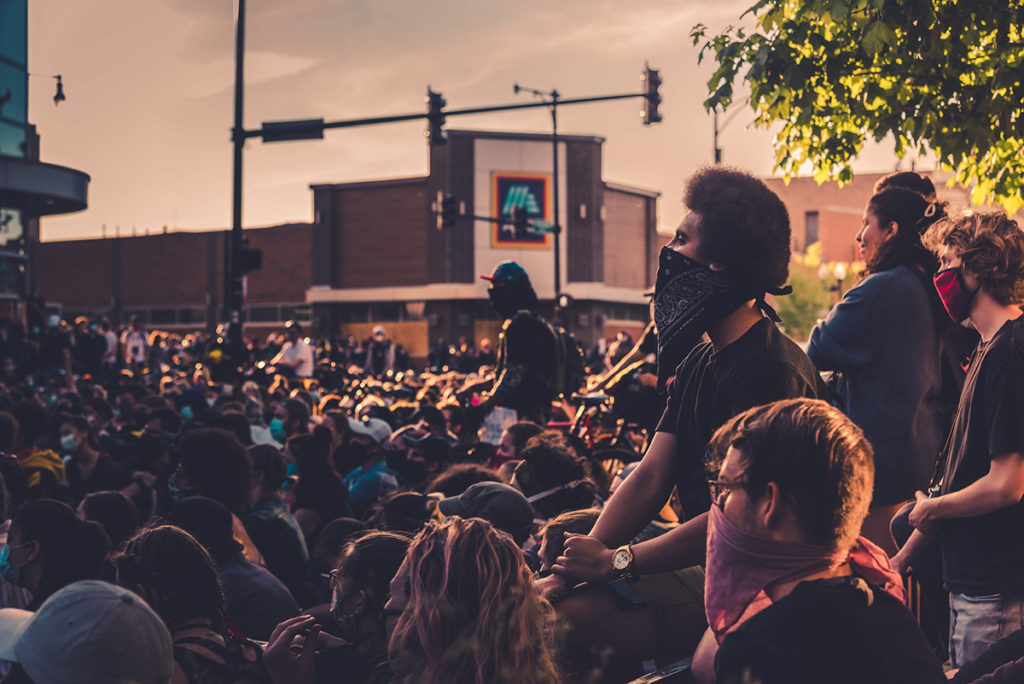 In the three weeks I was there, I made friends with some of the girls. We’d hang out during rec time, do each other’s hair, and tell partying stories to feel cool, but mostly we all just tried to pass the time while we waited for the powers that be to decide our fates.

One day, as my court date approached, I told the girls I was nervous and worried about what would happen. One of them looked at me and rolled her eyes. She said “Girl, you white. Are you joking? You’ll be fine.” We carried on, and the moment passed, but the significance of that statement didn’t really dawn on me for a long time.

Years later, as my interest in the cannabis industry piqued, I learned about the War on Drugs, and that Bush’s drug policies were the reason I ended up in adolescent drug court. I learned how decades of policy making have cycled people of color in and out of prison at startlingly disproportionate rates, much of it under the facade of a war on drugs. I learned how our criminal justice system is designed, from the bottom to the top, to hold people of color back and to give them as little as possible. I learned how, yes, it was easier for me, because of white privilege I didn’t even know I had.

Let’s stop having this discourse every couple of years, after seeing the lives of POC through the lens of tragedy, only for the moment to pass into history yet again without systemic change.

Lately, I’ve been reminded of that story, and just how deep that white privilege runs. I’ve learned how incredibly important it is for all of us to come forward and talk about this. To lay it out on the table. To have those discussions with other people and make some change finally fucking happen. Is it uncomfortable? Good. It should be. Let’s stop having this discourse every couple of years, after seeing the lives of POC through the lens of tragedy, only for the moment to pass into history yet again without systemic change.

Is it uncomfortable? Good. It should be.

Even in the case of George Floyd, as Vice reported, drugs were used as a pretext for the horrific events of those 8 minutes and 46 seconds. Minnesota police officer Jeronimo Yanez claimed the reason he shot Philando Castile to death in front of his family in 2016 was that the smell of cannabis made him fear for his life, and he was acquitted on those charges. Local Florida police leaked to the media in 2012 that Treyvon Martin had once been caught with cannabis at school, and this was used during George Zimmerman’s trial by his defense team. He, too, was acquitted, after claiming self-defense. And on, and on, and on. It’s little wonder we are enraged.

Qualified immunity and police unions keep officers from facing the consequences of their actions.

Many policies in the criminal justice system, like stop and frisk, no-knock warrants, use of chokeholds, mandatory minimums and asset forfeiture have disproportionately impacted people of color and been enforced under the guise of the Drug War. Qualified immunity and police unions keep officers from facing the consequences of their actions. And underfunding community initiatives that support the homeless, the mentally ill and drug use, while militarizing and overfunding law enforcement, are deeply and inherently harmful to communities of color.

The statistics support this in every single aspect of the system, from stops and searches to arrests to sentencing, confinement and rehabilitation. A 2015 report conducted by the Department of Justice found that people of color in Ferguson, Missouri were over twice as likely to be searched during vehicle stops, despite being found in possession of contraband 26% less often than white drivers.

In 1998, African-Americans, who only comprised 13% of regular drug users, made up for 35% of drug arrests, 55% of convictions, and 74% of people sent to prison for drug possession crimes. Nationwide, people of color were sent to state prisons for drug offenses 13 times more often than white men. Nearly 80% of people in federal prison and almost 60% of people in state prison for drug offenses are black or Latino, even though they make up only a quarter of the U.S. population.

The War on Drugs, ultimately, is a war waged on people of color. Sure, we like to tout the benefits of adult use markets and how they’re great for their states. But while there’s a small group of people making hand over fist from the cannabis industry, there are still countless people of color in confinement, being arrested, beaten, and killed, all for minor drug offenses in those very same states. The more we as an industry can come together and acknowledge this, and take immediate action to remedy this, the better we will be for it  – as allies, as advocates, and as human beings.

Stand with me. Stand with us. After all, we’re in this together.

Editor’s Note: Stay tuned for a part II editorial exploring solutions to systemic racism within the cannabis industry – we’ll also be sharing ways you can take action around racial equity via cannabis reform. In the meanwhile, check out Vermont-based Justice for All – they’ve been doing great work on racial justice within Vermont’s criminal justice system. Also, a shout out to our friends in Minorities for Medical Marijuana and The Equity Organization!