Cannabis is a species of plant that is anemophilous, meaning that it usually relies on wind-blown pollination to reproduce in feral populations. The pollen is then carried to a female pistillate, hopefully pollinating a female flower to create future hybrid progeny.

Over the last few decades, plant breeding enthusiasts have developed a sophisticated botanical craft-culture by utilizing the cannabis plant’s reproductive process to selectively breed for new traits and characteristics with the goal of developing new unique cultivars.

The term “monoecious” comes from Greek origin as well, meaning “one house.”

Most common food crops are monoecious, having both male and female flowers on the same plant, but not the same blossom. The two types of flowers are distinct on a stable monoecious plant. Monoecious cannabis plants are also commonly referred to as hermaphrodites, producing both male and female reproductive organs, but should not be confused with stress-induced hermaphrodition.

Cannabis genotypes that produce both stable male and female offspring are commonly known in breeder terminology as “regular” cannabis genetics.

Breeding Your Own Cannabis

Every cannabis plant is different, when someone germinates a seed, the resulting offspring will have a mix of traits inherited from each parent plant.

As different plants are bred together, people can selectively breed them over generations for favorable traits.

(F1) also known as the first generation of offspring, descending from the (P1+P2) genetic stock

As different plants are bred together, people can selectively breed them over generations for favorable traits.

Let’s say that (AA) is the gene that turns our cannabis completely purple during the flower cycle. If we cross breed two different offspring over generations to stabilize the (AA) purple gene, whether it be dominant or recessive in ether phenotype, our resulting breeding process should look like this:

Over a few generations of selectively breeding flavoritable plants, new offspring will express selected traits more dominantly, and other traits not selected for, will become more recessive.

What Traits Should I Breed For? 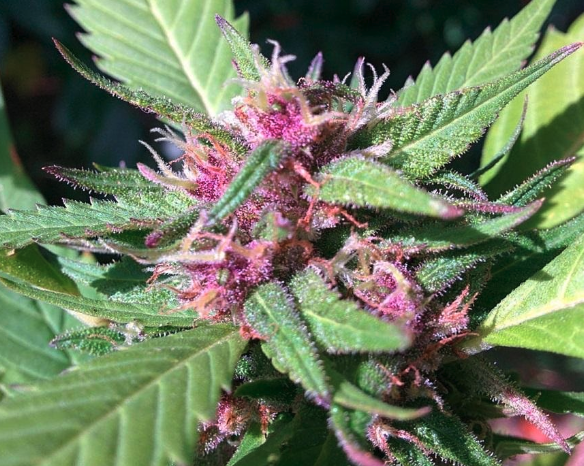 The first question to ask is: What the main goal of my breeding project?

Genetic diversity is everything when it comes to breeding your own cannabis. The more genetic stock you have to work with, the easier it becomes to find specific traits that you want to include in your breeding project.

Almost every variable of the cannabis plant can be edited via proper selective breeding techniques:

For those interested in breeding their own cannabis, it’s an exciting time to live. With access to a plethora of biodiversity, we have seen the cannabis breeding culture develop immensely over the past few decades into a new innovative frontier of plant biology.