Photo by Aaron Burden on UnSplash.

The committee approved the Veterans Equal Access Act in a 15-11 vote and approved the VA Medicinal Cannabis Research Act in a voice vote with no opposition.

The Veterans Equal Access Act (H.R. 1647), sponsored by Rep. Earl Blumenauer (D-OR), would allow physicians and other healthcare workers employed by the Department of Veterans Affairs to recommend medical cannabis in compliance with state laws and fill out any forms necessary to certify patients for a state medical cannabis program.

Statement from Don Murphy, director of federal policies at the Marijuana Policy Project:

“Today’s committee vote is an encouraging step forward for federal cannabis reform. Now that a majority of states have legalized cannabis for medical use, it is indefensible to restrict veterans’ ability to access medical cannabis through their VA providers while members of Congress can use their federally subsidized health insurance to obtain medical cannabis recommendations from their doctors. Federal law should not criminalize veterans for trying to find relief.

“Passing these bills should be the first order of business for a Congress that prides itself on supporting our veterans. Like every American, veterans should be granted the freedom to access cannabis to treat their medical conditions as an alternative to potentially dangerous pharmaceuticals.”

MMJ Patient Jimmy Darrow: In His Own Words

Ed Note: When we learned Jimmy Darrow was a medical cannabis patient, we reached out ...

“There are 450,000 people currently incarcerated for a drug related charge, and even if you released ... 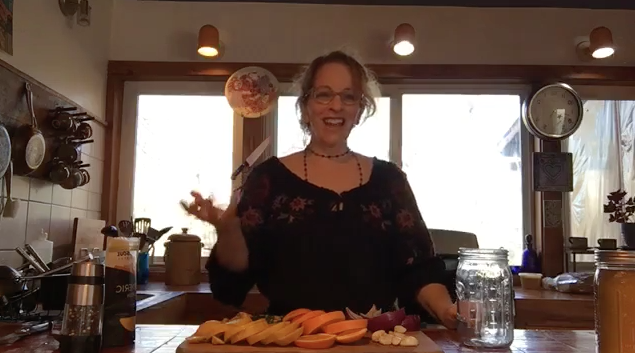 Quick recipe for Fire Cider! This isn’t a miracle Coronavirus prevention, but it is ...