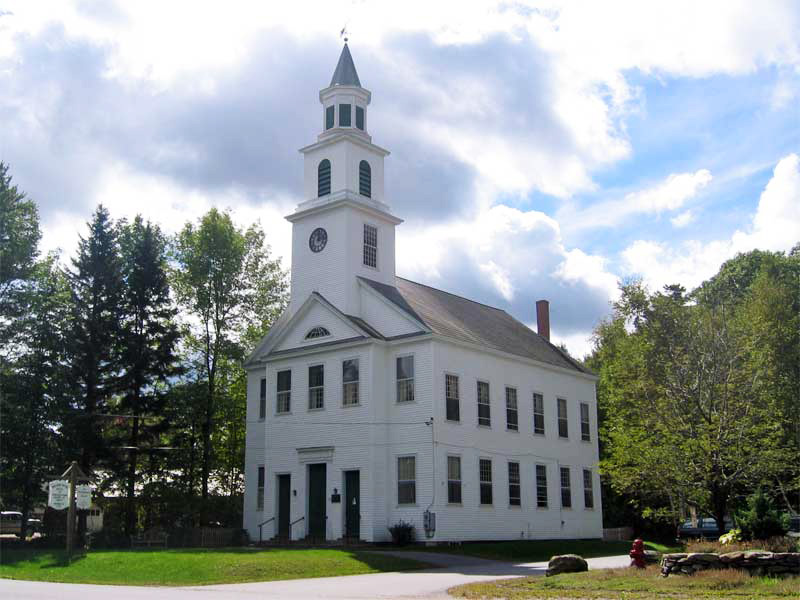 “I love Vermont because of her hills and valleys, her scenery and invigorating climate, but most of all because of her indomitable people. They are a race of pioneers who have almost beggared themselves to serve others. If the spirit of liberty should vanish in other parts of the Union, and support of our institutions should languish, it could all be replenished from the generous store held by the people of this brave little state of Vermont.”

The grand old Vermont tradition of Town Meeting Day is coming up on Tuesday, March 3. Unique to New England, town meeting is considered the purest form of direct democracy, where people in about 40 towns across the state gather to talk issues, budgets, elect officials, and collectively determine the direction their community will head.

We wanted to offer some quick encouragement and prep for your role as an active, involved, engaged, cannabis-friendly citizen of the Green Mountain State.

As far as we know, Londonderry is the only town which be directly discussing a cannabis-related warning:

Article:  WE, THE RESIDENTS OF LONDONDERRY, VERMONT, WANT THE OPPORTUNITY TO DEVELOP LEGAL CANNABIS RELATED BUSINESSES, AND TO FORM A HEALTHY, SAFE, LOCALLY BASED MARKETPLACE WITHIN LONDONDERRY FOR ALL CANNABIS GOODS AND SERVICES.

However, given that the Vermont House just passed S.54, a bill to regulate and tax cannabis sales, and the House and Senate versions of the bill will soon be reconciled and voted on by the General Assembly, we wouldn’t be surprised if unofficial conversations sprang up over coffee and donuts.

One of the issues we anticipate coming in pretty hot is whether towns should be allowed to opt in or opt out of having cannabis establishments in their communities.

We vigorously support the Senate version requiring towns to opt out.

The Senate’s version of the bill requires that towns actively opt out, and the House version requires towns to opt in. We vigorously support the Senate version requiring towns to opt out. Whatever a town does is going to require a lot of work, and we’d rather they have to go to all the trouble of opting out.

Folks might also chat about whether or not the town should ban retail sales of cannabis. We understand that many fears about the impact of cannabis on a community stem from the long-term legacy of prohibition, and decades of misinformation. So here are a few talking points if you happen to find yourself in one of those conversations:

Truth: THC is not dangerous. Unlike alcohol, nobody has ever died from overconsumption, because you can’t overdose on THC. The neurological receptors for cannabinoids aren’t located in the part of the brainstem (the medulla oblongata) which controls breathing, heart rate, and blood pressure. So, you can’t consume too much weed and have it stop your heart or your breathing.

You can, of course, consume a lot and then do something stupid that kills you, but winning a Darwin Award isn’t the weed’s fault.

Now, you can consume a lot and feel very weird and uncomfortable for a while, but again, it won’t kill you.

Truth: Studies from states where cannabis is legal indicate that teen consumption goes down after legalization. The theory is that now that weed is legal, and it’s no longer forbidden, it’s not nearly as cool.

Fear: Everyone will be stoned all the time like in Colorado.

Truth: A report from Colorado’s Retail Marijuana Public Health Advisory Committee put adult use rates in 2015 somewhere between 13 and 17 percent. That’s higher than the national average of 8 percent, but definitely isn’t an indication of everybody being high all the time.

Truth: A study published today in the journal Addiction found that, on average, Colorado, Oregon, and Washington state had about one additional traffic death per million residents. The same effect was seen in neighboring states, likely because people drive across state lines to buy cannabis. Interestingly, the increase was temporary, and rates went back to normal after about a year. Though the study wasn’t designed to explain this result, it could be that legalizing recreational marijuana initially leads to an increase in newer, more inexperienced users, says study co-author Tyler Lane.

Following personal use legalization in 2018, numbers were down in the Green Mountains  last year – only 47 people died in crashes last year. That’s the second lowest total in the last 75 years.

Finally, we realize that some folks have to work, or just don’t have a lot of patience for public speechifying. That’s fine. You don’t have to go to town meeting in order to vote. Which is good, because we have a Presidential primary on our hands, and while we don’t want to tell you have to vote, or you should vote, really, just go vote.

We don’t want to tell you have to vote, or you should vote, really, just go vote.

Don’t ever let anybody tell you voting doesn’t matter. Voting does matter and it’s part of how you use your citizen’s voice. And don’t let anyone tell you civic responsibility is stupid. Bottom line – voting, like bow ties, is cool.