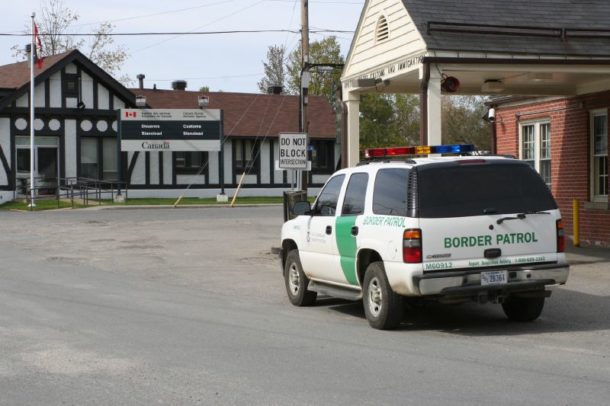 BURLINGTON — The ACLU has appealed to the Vermont Supreme Court on behalf of a Vermont couple who were prosecuted following an August 2018 “roving patrol” stop by a U.S. Border Patrol agent in Jay, Vermont. In State v. Lena-Butterfield & Walker-Brazie, the Court will be asked to determine whether a person can be convicted on state charges based on evidence federal agents obtained in a manner that violated the protections afforded by Article 11 of the Vermont Constitution.

On August 12, 2018, Brandi Lena-Butterfield and Phillip Walker-Brazie were driving west on Vermont Route 105 toward their home in Richford when Border Patrol Agent Jeffrey Vining stopped the couple’s vehicle and asked to search it. The couple refused to consent to a search. Without obtaining a warrant and over the couple’s objections, the agent ordered them from the car and conducted a search. The resulting evidence, less than 5 ounces of marijuana and mushrooms, was turned over to a Vermont State Trooper, and Ms. Lena-Butterfield and Mr. Walker-Brazie were subsequently charged with possession by the Orleans County State’s Attorney’s office.

The ACLU contends that the search would have violated Vermont’s Constitution if conducted by a state official, and therefore the evidence cannot be used in a state prosecution. Vermont’s Constitution requires that to search a vehicle without a warrant, an officer must have either consent or probable cause plus urgent circumstances—neither of which were present in this case. The Border Patrol claims authority to conduct “roving patrol” vehicle stops and searches in the interior of the country, but those stops must be based on “reasonable suspicion” of an immigration violation, and searches require “probable cause.”

“Vermonters value the strong privacy protections embedded in our state constitution, and they must be respected by both federal and state government.”

“When a vehicle is stopped in Vermont and the evidence is used by Vermont prosecutors, in a Vermont Court, then the Vermont Constitution should apply. To allow otherwise would allow local prosecutors to effectively do an end run around our constitution and remove an important check on the Border Patrol,” ACLU of Vermont Staff Attorney Lia Ernst said. “Vermonters value the strong privacy protections embedded in our state constitution, and they must be respected by both federal and state government.”

The case arises at a time when Border Patrol is expanding interior enforcement operations in Vermont and regionally, including multiple interior vehicle checkpoints in Vermont and New Hampshire this year. Additionally, the ACLU has objected to Border Patrol boarding buses and interrogating passengers and is suing under the Freedom of Information Act to shed light on these and other interior enforcement operations by federal agents operating throughout northern New England.

In 2018, the ACLU of New Hampshire successfully represented 16 individuals who were prosecuted in state court based on evidence obtained from a Border Patrol interior checkpoint on I-93. A New Hampshire court granted motions to suppress evidence on the grounds that its seizure was illegal under state law.

The ACLU of Vermont will be filing its opening brief in State v. Lena-Butterfield & Walker-Brazie in the coming months.