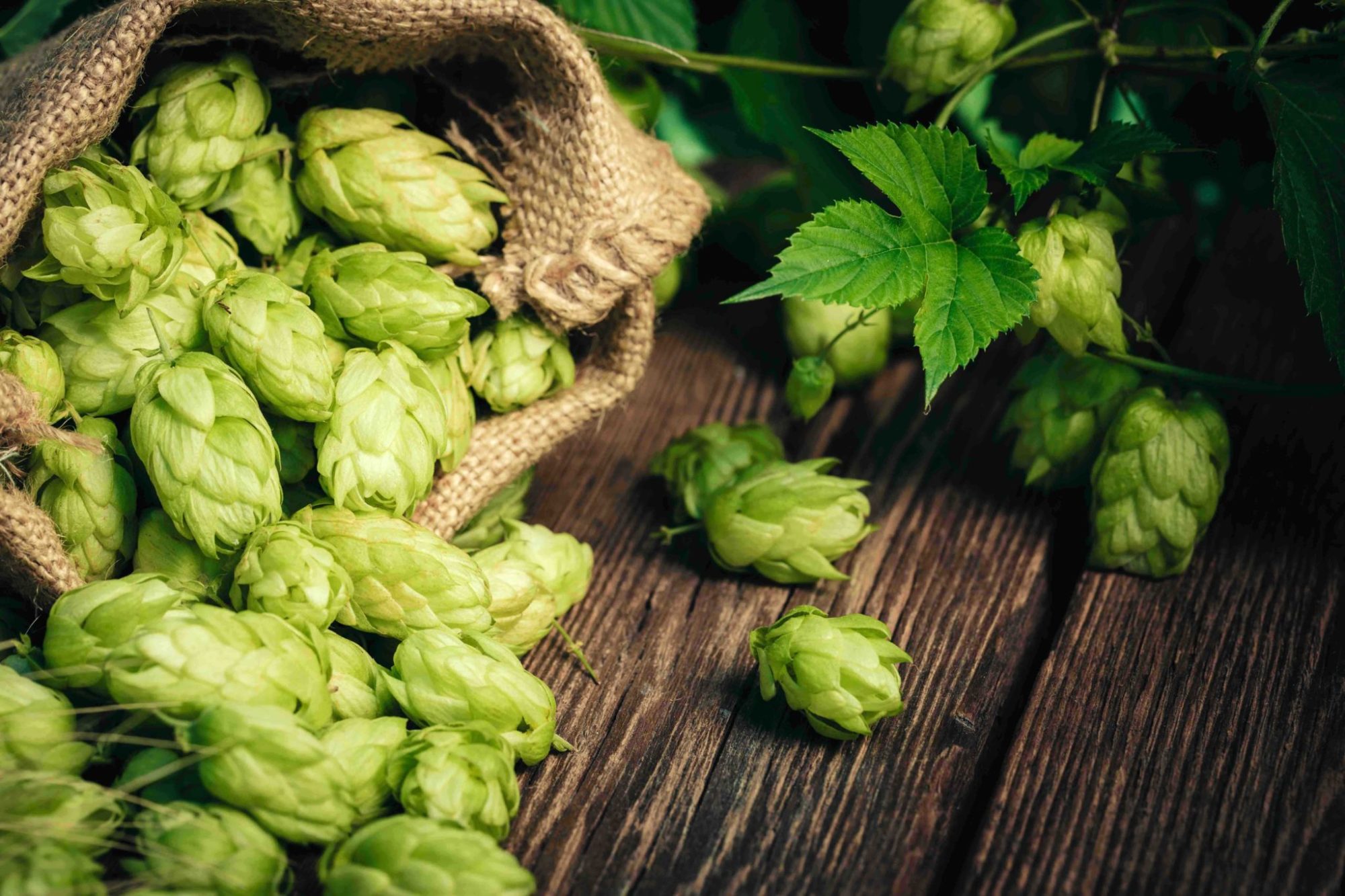 Similar to terpenes like pinene and myrcene, humulene (hyu-myu-leen) is an element in cannabis fundamental to the overall aromatic profile of a strain. Found in a wide variety of plants used in holistic medicinal practices, humulene has earthy, woody and spicy notes.

Next time you’re drinking an IPA and catch that distinct hoppy smell, give thanks for humulene! This terpene is also integral in that special cannabis scent we all know and love.

Although most commonly found in cannabis and hops, humulene is present in a vast array of other plants as well. Basil, ginger, cloves, black pepper, ginseng, coriander and balsam fir tree also contain this terpene.

Like most other terpenes, humulene serves as part of a plant’s natural defense against pests and disease.

Humulene is one of the most abundant terpenes in cannabis. While many strains contain humulene, it is typically found in modest quantities. Some of these strains are:

During the vegetative and flowering state of the cannabis plant, this terpene provides defense capabilities by helping deter pests and prevent things like fungal infections.

Eastern medicine has utilized humulene for centuries. It has shown to have effective anti-bacterial, anti-inflammatory, anti-tumor and antioxidant properties. It also functions as an appetite suppressant.

A 2003 study evidenced that balsam fir oil rich in humulene can be effective in generating Reactive Oxygen Species (ROS), a key component in the elimination of certain cancer cells.

In 2006, researchers found that humulene is effective in helping fight further growth of  Staphylococcus aureus bacteria. Although this was tested on rodent models, it is likely applicable to humans as well.

A 2008 study highlighted the anti-inflammatory properties of humulene when taken orally, intravenously or applied topically.

In 2016, the Biomedical and Pharmacology Journal published a study done on diabetic rats that showed how humulene decreased a marker of oxidative stress and demonstrated anti-diabetic properties. 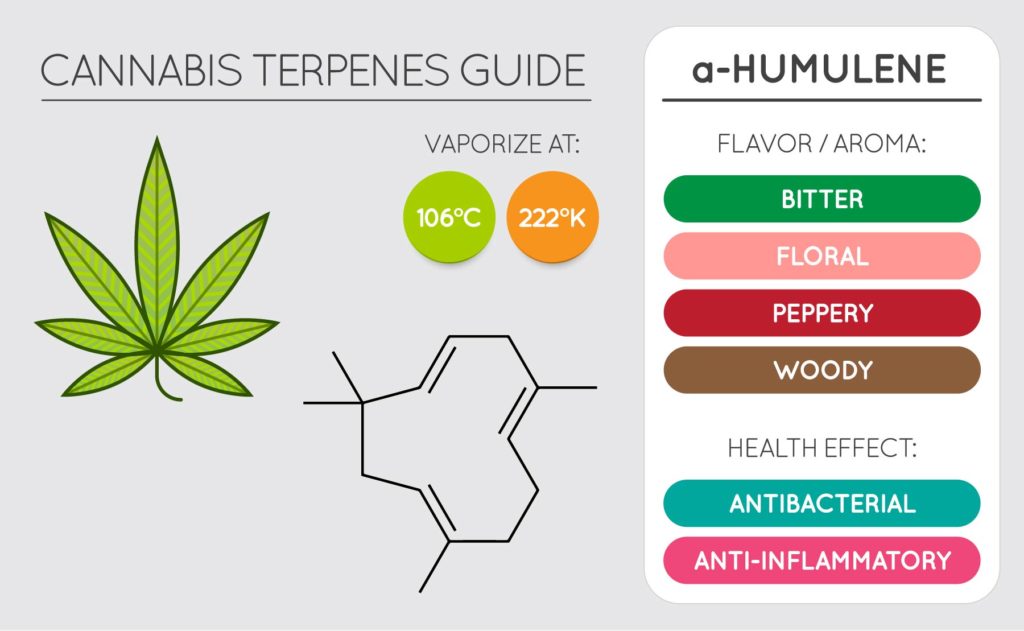