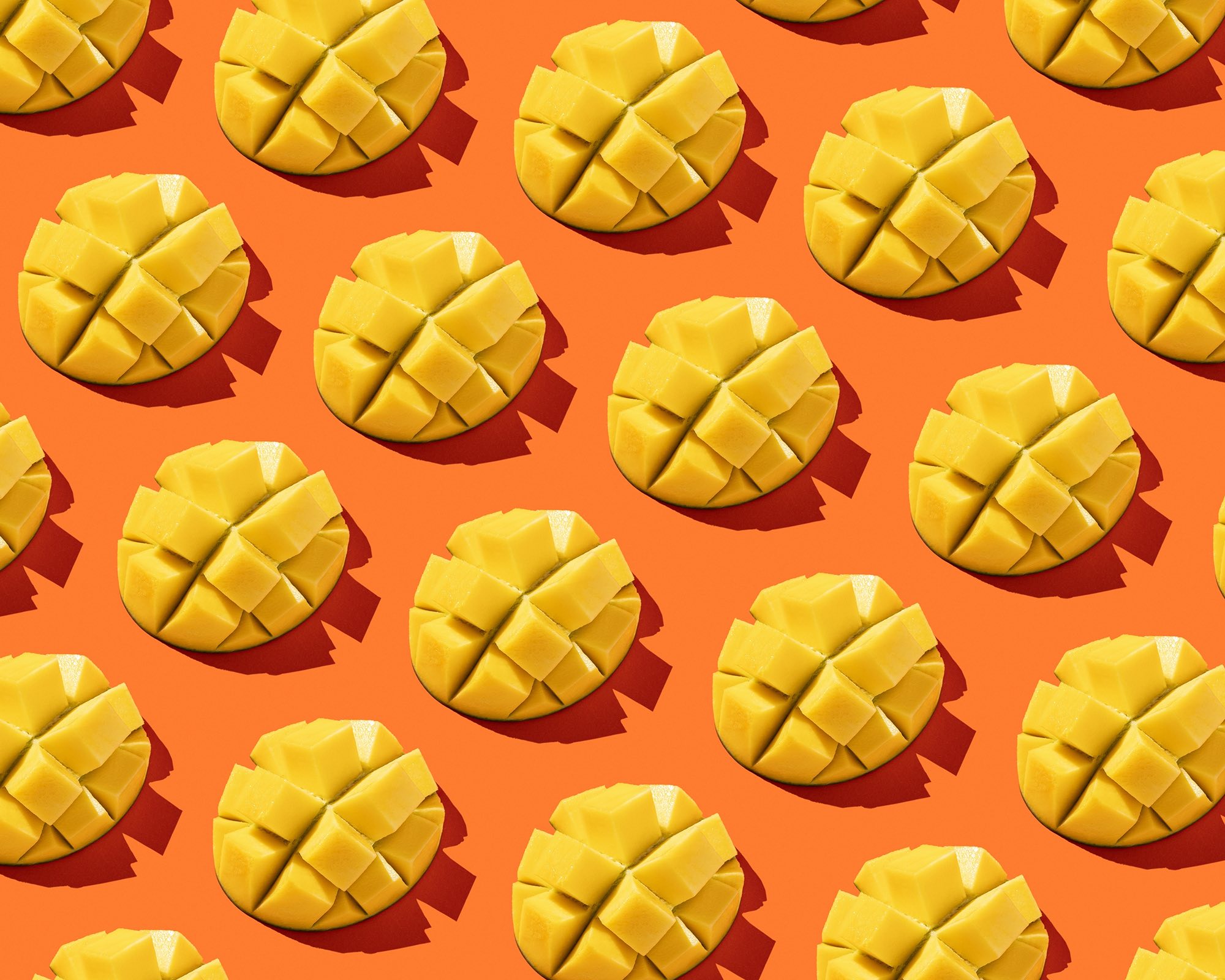 Myrcene, one of the most abundant terpenes in cannabis, is known for its pleasant pine and earth aromas. Aside from its common presence in cannabis, it’s also found in everyday foods such as mangoes, lemongrass and basil.

Strains commonly classified as indica, sativa, or hybrid can be found to have high levels of myrcene, including popular sativa-dominant hybrids like Tangie and Blue Dream.

Like other terpenes, myrcene is theorized to be part of the entourage effect, which means that it works in conjunction with cannabinoids to potentially treat a multitude of physical and mental ailments.

Beyond cannabis, myrcene is prevalent in hops and heavily contributes to the peppery, spicy, balsam fragrance in beer. It’s also found in lemongrass, a versatile plant which has been used in traditional folk medicine for centuries. Myrcene’s primary commercial use is as an intermediary in cosmetics and fragrances.

On average, myrcene represents over 20% of the terpene profile in modern cannabis strains. Myrcene is also the most likely cannabis terpene to be dominant in flower. A strain’s “dominant” terpene is simply the terpene present at the highest level.

Strain names commonly classified as indica, sativa, or hybrid can be found with high levels of myrcene. In addition to its prevalence in strains across the sativa-indica spectrum, you’ll also notice myrcene is common in both THC and CBD strains alike.

Like other terpenes, such as bisabolol, myrcene is believed to potentially have anti-inflammatory effects, as well as anti-tumor properties, sedative effects, and other health benefits.

Lemongrass tea containing high levels of myrcene has played a role in Brazilian folk medicine for its claimed anti-anxiety and pain-relieving properties. The first published claim for myrcene reducing pain was generated in 1990 by scientists in Brazil. They concluded that myrcene reduced pain by increasing the brain and spinal cord’s own opioid chemicals, however, there is debate surrounding these findings. Much more work is needed to prove whether or not myrcene has legitimate pain-relieving properties in humans.

Myrcene can block the cancer-causing effects of aflatoxins that are produced by fungi but find their way to our food. These anti-mutagen properties stem from myrcene’s inhibition of the liver enzyme, CYP2B1, which induces aflatoxin’s ability to damage our DNA. Myrcene also protects against DNA damage from toxins such as t-butyl-hydroperoxide. These anti-mutagen effects are consistent with those of other terpenes, along with their antioxidant and antimicrobial benefits.

Consider this terpene to combat inflammation and insomnia. 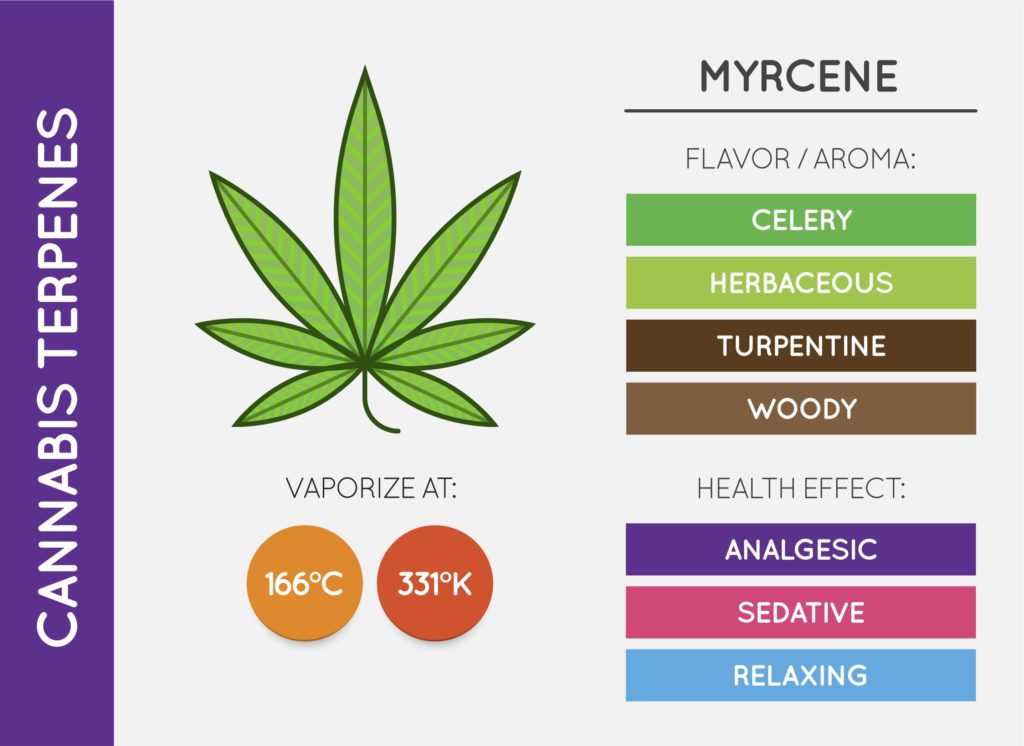