Project CBD Sunday: CBD Does Not Go Better With Coke

Thanks to our friends at Project CBD for allowing us to repost this article.

Late last year, Bloomberg reported that Coca-Cola was in serious talks with Aurora Cannabis, a Canadian company, to develop a CBD-infused beverage. While the news provoked little more than an eye-roll for some, others were shocked and dismayed, including Warren Buffett, a 10% Coca-Cola, Inc. shareholder and billionaire junk food addict who drinks five Cokes a day.

“It would be a mistake for Coca-Cola to get into the marijuana–cannabis business,” Buffet opined. “They have a wholesome image and that would be detrimental to it.”

The “wholesome image” that Buffet seeks to protect is really just that – an image, one that Coke has shrewdly crafted since the inception of its brand in 1886. Maintaining and promoting ‘The Pause that Refreshes’ has certainly paid off. Coca-Cola is the largest and most popular soft drink company on the planet, with 500 different brands distributed worldwide. Ninety-four percent of the world’s population recognizes the Coca-Cola logo.

High sugar diets promote inflammation and insulin resistance, both of which increase the likelihood of cancer and kidney disease.

Around 2005, while Coke was rapidly growing its syrupy drink market share in the developing world, its soda pop sales were sinking at home as Americans in increasing numbers turned to bottled water. Coke responded by getting into the bottled water racket, adding “health” and “sports” drinks to its beverage repertoire while occasionally embroiled in legal kerfuffles, like when it made unsubstantiated health claims about its heavily-sweetened Vitaminwater.

Now Coke apparently wants to join the CBD profiteering parade. CBD is short for “cannabidiol,” a nonintoxicating component of cannabis that has gone mainstream. A compound that until recently was known mostly in underground, fringe academic and science circles, CBD is now coveted by many as a magical cure-all.

Americans have gone plum crazy over cannabidiol. A 2019 survey by Consumer Reports showed that one in four have tried CBD at least once in the past two years, and a significant number of those continue to use it every day.

According to this report, millennials use CBD mostly for stress and anxiety, while boomers typically rely on it for pain and insomnia. Some people find it helpful for getting off opioid medication. But a significant number purportedly just use CBD to relax, thus making it, in the minds of corporate drink moguls, the perfect additive for a beverage.

Exercise is a must for people of all ages, but when it comes to good health no one can out-exercise a crappy diet.

According to Zenith Global, a food and beverage consulting firm, the cannabis- and CBD-infused beverage market is predicted to grow to over $1.4 billion in the next three years. Already, several big players in the weed and drink sectors have teamed up.

Constellation Brands, makers of wines, liquors, and beers (including Corona), invested $4 billion in Canopy Growth, a major Canadian cannabis company. Heineken, through its subsidiary Lagunitas, has partnered with CannaCraft, the California cannabis exemplar, to launch “Hi-Fi Hops,” a non-alcoholic, unsweetened herbal beverage infused with CBD and/or THC. And Tilray, also from Canada, is looking to do something similar with Anheuser-Busch.

If Coke decides to add a CBD-infused beverage to its product portfolio, the company will have ample means to promote its new offering. With a $3 billion annual advertising budget, Coke aims to convince consumers that its products are compatible with a healthy lifestyle. CBD, a wellness all-star, could be a great asset for Coca-Cola’s image-crafters, who go to great lengths to deflect attention from the company’s unwholesome history and the adverse health effects of its sugar-laden sodas and other drinks.

While ad jingles cheerily proclaim that “things go better with Coke,” Americans are guzzling almost 11 pounds of sugar per person each year just from Coca-Cola alone. (One bottle of Coca-Cola Classic contains a whopping 27 grams of refined sugar, more than the American Heart Association’s daily recommendation.) Consumption of sugary drinks is a major risk factor for obesity and many chronic diseases. As Coca-Cola spread across the globe, it also spread across the world’s waistlines, increasing girth and decreasing life span.

There is a clear link between excessive sugar intake and epidemic levels of obesity, diabetes, heart disease, dementia, depression, and other manifestations of metabolic syndrome. High sugar diets promote inflammation and insulin resistance, both of which increase the likelihood of cancer and kidney disease.

Published in JAMA (2017), a study of 451,743 individuals in ten European countries found that greater consumption of sugar-sweetened and artificially sweetened soft drinks is associated with a higher risk of all-cause mortality. The results of this population-based cohort study underscored the need for public health measures to reduce the consumption of soft drinks – measures that Coke has consistently opposed.

According to the Centers for Disease Control (CDC), the percentage of obese children and adolescents has more than tripled since the 1970s. Data from 2016 indicates that nearly 20 percent of school-age children and young adults are obese. Sweetened soft drinks are a major culprit. Sugar accounts for up to 14 percent of the total caloric intake of children, and up to 17 percent for adults.

In March 2015, the World Health Organization published a report that identified sugary drinks as a primary cause of childhood obesity and urged countries to limit their soda consumption.

Sugar alters part of the brain that’s responsible for impulse control and addiction, making it even harder to resist the sugary foods causing the neural changes in the first place.

Coca-Cola’s public relations apparatus went into overdrive. The company launched a misleading PR campaign – involving Coke-subsidized scientists and front groups – to convince consumers and policymakers that the scourge of childhood obesity is driven by a lack physical activity rather than by widespread overindulgence in sweetened food and beverages.

Exercise is a must for people of all ages, but when it comes to good health no one can out-exercise a crappy diet.

Coca-Cola and other sugar-sweetened sodas, juices, and teas are typically loaded with high fructose corn syrup (HFCS), a particularly pernicious refined sugar that’s pervasive in processed food. Why is HFCS so bad for us, compared to fructose in an apple, for example?

For starters, an apple contains fructose but also lots of fiber that slows digestion. A study published in Obesity Reviews found that sugary drinks are metabolized by the body differently than solid foods containing the same amount of sugars.

Unlike eating an apple, when we imbibe sugary drinks “the journey from liquid sugar to blood sugar happens quickly, delivering more sugar to the body’s vital organs than they can handle,” according to the educational website Sugarscience. “Over time, that can overload the pancreas and liver, leading to serious diseases like diabetes, heart disease and liver disease.”

CBD could emerge as a much-needed corrective for metabolic disorders.

Excessive HFCS consumption can cause resistance to leptin, a hormone that regulates hunger and tells you to stop eating. And that throws everything out of whack.

What’s more, a sugar-charged beverage like Coke is chock full of empty calories lacking in nutritional value. Consequently, Coke and other sweetened drinks don’t produce a complete “satiation sequence,” meaning that they don’t give us a feeling of fullness and they don’t curb our appetite. This makes it more likely that we’ll keep swigging Coca-Cola, thereby leading to weight gain.

Even more disturbing, a 2019 study published in Neuroscience & Biobehavioral Review showed that sugar alters part of the brain that’s responsible for impulse control and addiction, making it even harder to resist the sugary foods causing the neural changes in the first place. Sugar makes you want more sugar. Think of HFCS as an addictive drug with greater disease liability than cigarette smoking.

How apropos that America’s favorite soda gets its name from the addictive, cocaine-laced formula the original Coke was based on.

Aspartame, the artificial sweetener found in Diet Coke, is implicated in a long list of harmful effects, ranging from insomnia, headaches, and seizures to depression, diabetes, and preterm delivery.

Instead of avoiding sugar by turning to diet soda and artificially sweetened snacks, better to boycott processed foods altogether.

CAN CBD TAME THE SUGAR MONSTER?

Coca-Cola’s role as a groundwater polluter and creator of over 100 billion plastic bottles annually, its alleged support for union-busting and  abusive regimes in the developing world – these activities are beyond the scope of this article. The focus here is on how Coke in all its forms is bad for human health.

It’s fair to ask: Could adding a dollop of CBD isolate to a soft drink counteract the metabolic mayhem caused by refined sugar or artificial sweeteners? CBD is a potent anti-inflammatory, and sugar-induced obesity is an inflammatory condition. If soda pop is so treacherous, would mixing in some CBD make it healthier? What’s wrong with that idea?

If preclinical research is any indication, CBD could emerge as a much-needed corrective for metabolic disorders. A 2006 Israeli study found that CBD lowers the incidence of diabetes in a mouse model. And a 2016 article in Molecular and Cellular Biochemistry showed that cannabidiol does exactly the opposite of what sugar does – CBD helps to burn fat and it promotes the “browning” of white adipose tissue, a process associated with better health.

Lest we forget: CBD and other cannabis products work best when used as part of a healthy lifestyle, not as a feel-good excuse to consume harmful drinks and empty calories. Sugary drinks are unhealthy with or without CBD.

Coca-Cola, for the time being, has nixed any plans to make a CBD-spiked soda. The company released a statement asserting that it has “no interest in marijuana or cannabis.” But it acknowledges that it is “closely watching the growth of non-psychoactive CBD as an ingredient in functional wellness beverages around the world.”

In the meantime, I’ll take my CBD straight up, no high fructose chaser.

Melinda Misuraca is a Project CBD contributing writer with a past life as an old-school cannabis farmer specializing in CBD-rich cultivars. Her articles have appeared in High Times, Alternet, and several other publications.

Copyright, Project CBD. May not be reprinted without permission. 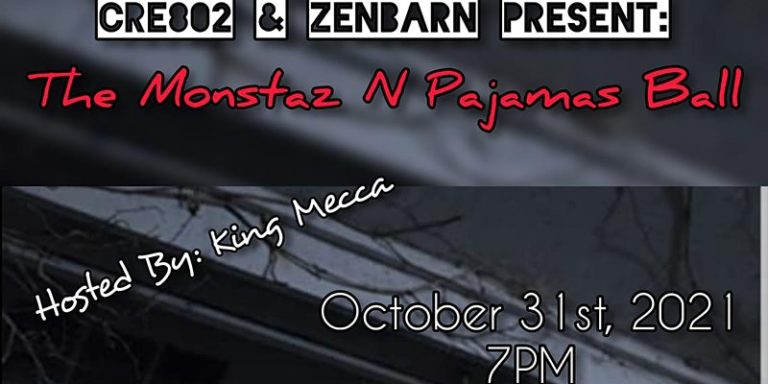 Our October calendar is full of live music, entertainment, educational webinars and other cool happenings. ... 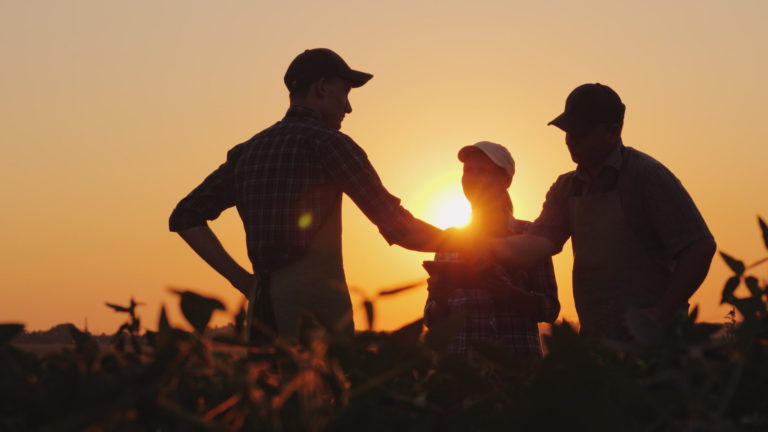 Local Cannabis Equity Coalition Releases Recommendations to Control Board, Asks: Will There be a Place for Small Farmers and Local Businesses?

MONTPELIER — The Vermont Cannabis Equity Coalition has recently submitted its sweeping recommendations to the Cannabis ... 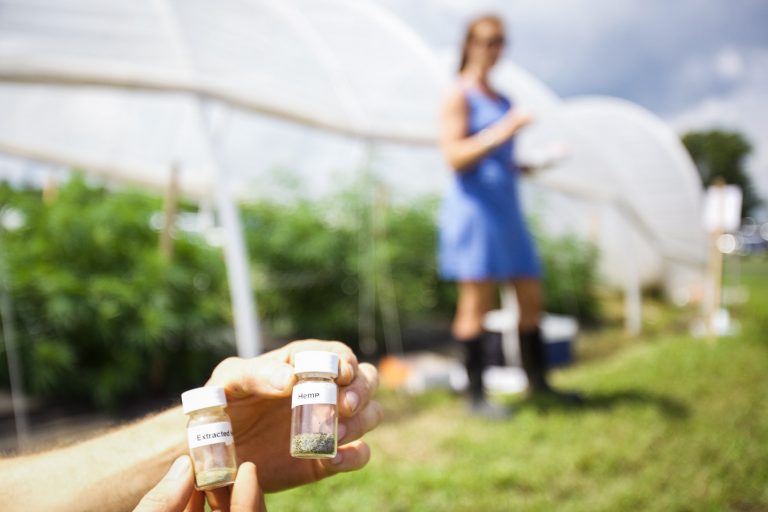