Editor’s Note: This profile was written as part of a paid business partnership.

Cannabidiol is rapidly becoming part of the wellness practices of many health-minded people. Commonly known as CBD, it’s a compound found in the resinous flower of cannabis, a plant with a rich history as a medicine. Unlike THC, its racier twin, CBD doesn’t get you high, just healthier.

Interest in CBD has increased astronomically in the last few years, and Green Mountain Hemp Company’s growth has more than kept pace.

“We opened in a St. Albans storefront in 2017,” remembers Michele Waters, the company’s founder. “The public’s response was positive, right from the start.” Just nine months later, the startup had outgrown its original location.

But what’s the story behind the story?

From an early age, Waters was drawn to healing, both physical and spiritual. As a bodyworker, she was always searching for ways to offer her clients the maximum relief possible.

Fast forward to the recent past. Experimenting with therapeutic CBD in her practice, she was generally accepting of its value. Then the situation turned personal.

“Both my husband and I had terrible back pain,” she says. ”But like the roofer whose own roof leaks, we really struggled to deal with it.”

Her husband’s research led to creating a more potent and effective CBD formulation, working it into a rich base of natural oils. Waters’ husband applied the cream to her back, and, she says, “I felt my shoulders drop.” His body, too, responded well to the cream, and, having experienced the power of CBD on a deeply visceral level, the seed of a company was planted.

Why did the cream work? It turns out that not all CBD products are created in the same way. Many contain only the ‘purified’ single-molecule cannabinoid, based on the reasoning that this active ingredient alone is enough.

It’s not. A recent groundbreaking study found that whole-plant extractions – which include hundreds of trace compounds—are measurably more effective. Simply put, the medicinal impact of the whole plant is greater than the sum of its parts.

GMHC continues to make own its own all-natural products from full-spectrum plant extracts (and no THC). Third-party tests routinely show that their products don’t just meet standards, they exceed them. 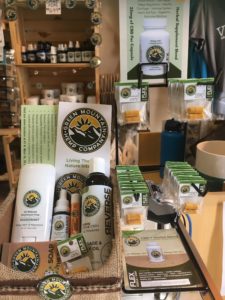 If cannabidiol hasn’t worked for you,” Waters says, ”chances are what you tried contained little to no CBD, or even worse, poor quality items with fillers and false labeling,”

The company’s mission is to help as many people as possible take charge of their own health. As Waters puts it, “We don’t just sell, we educate.” When customers describe their ailments, she listens, and suggests alternatives. Often she gently encourages them to look beyond physical symptoms to their lifestyle choices.

For many of the same reasons it helps people, pets can benefit from CBD therapy as well: for pain, seizure control, gastrointestinal disorders, anxiety-related issues and more. To address this, GMHC has developed Noah’s Ark, their CBD product line for pets. 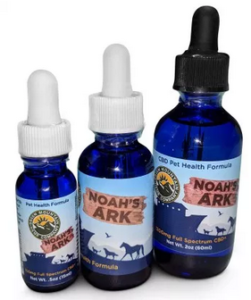 pets has been relieved through use of her products. Among them, the child whose daily seizures were reduced from more than one hundred to zero; the old dog, tumorous and nearing the end of his life, who gained precious, more enegetic weeks to spend with his family; and Waters’ own thyroid condition, now considerably improved with CBD.

My hope,” says Waters, “is that all the healing and intention gets bottled up in each of our products, so that we can far-reach those who are in real need of it.”

Along with her excitement about opening the new store, Waters is also pleased to announce that they’re coming out with a product line made from Vermont-grown hemp, which will be an addition to their tried-and-true full spectrum CBD from Kentucky.

Additional developments also include the launch of their first national TV ad with Kevin Harrington from Shark Tank:

To celebrate their new Burlington location there will be an official Grand Opening, complete with early bird specials and CBD treat samples, as well as a raffle for a grand prize gift basket. Heady Vermont members get 10% off their purchases.

Come for the goodies, and you just might come back for more of what Green Mountain Hemp Company has to offer – a healthier, happier life, the way nature intended. 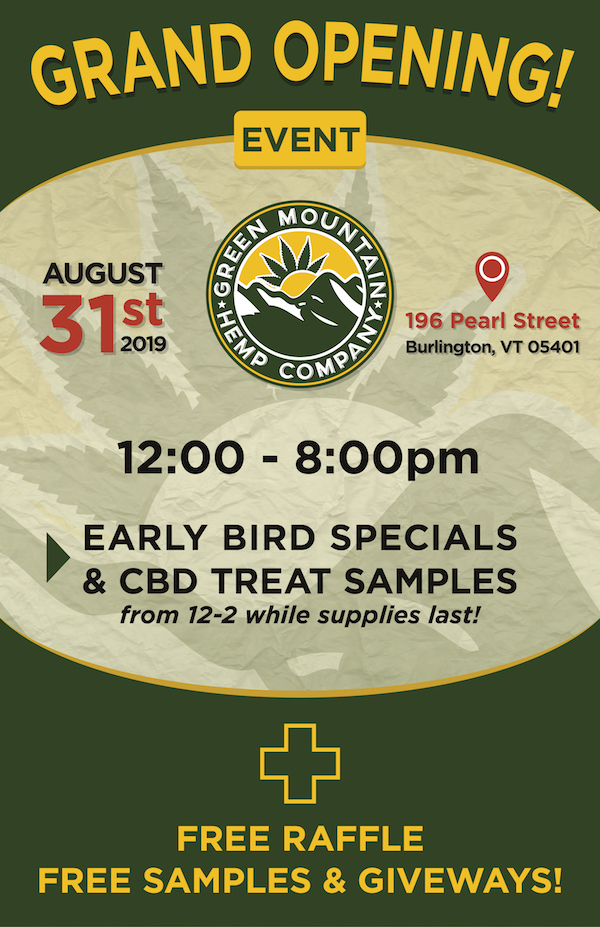