Editorial Note: This post was written as part of a paid business partnership.

So, how good – and how local – is your CBD? Citizens in Southern Maine have an option for both locally and organically grown hemp and CBD products. Straight from North Berwick on the southern coast, Rian Bedard of Coyote River Hemp Company, exclusively distributed by Good & Co, is planning on serving all of New England. 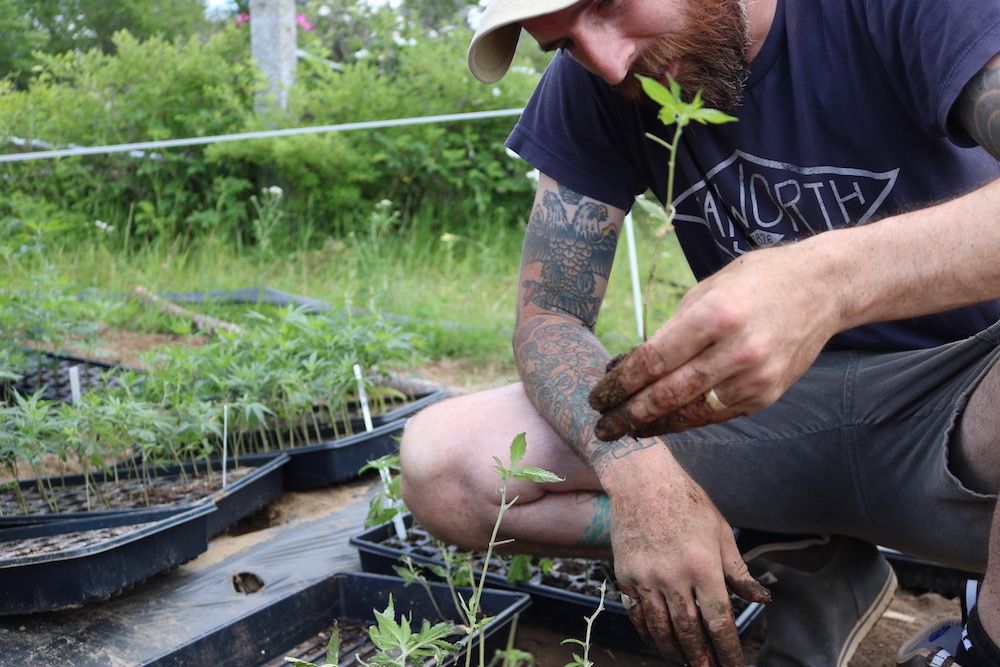 Bedard began his journey on the other side of the country in California, where he earned his Permaculture Design Certificate back in 2007.

He then traveled back to New England and started his own composting business in 2008, which he ran for eight years. At that time, Bedard’s wife owned an organic hair salon; together with his sustainable farming background, people knew they stood for organic sustainability.

They started by finding partner farms with trusted practices to grow the hemp for their first CBD products.

Then came the sampling period, where they performed their own testing on numerous different products, after which, they gave their creations to a select group of people to try. Those early testers were also invited to offer feedback.

Testers reported many positive effects from using CBD including:

Testers also reported being able to minimize adverse effects from PTSD, and replace both THC and alcohol with CBD.

Bedard is excited to see continual transformation and healing as increasing numbers of people open up to the idea of CBD products as an alternative to conventional Western remedies.

That winter, the two began discussions about starting a CBD business. They made an agreement with each other to pay attention to any grey areas, changes in legislation, or any other adjustments that could affect the CBD market. If the political atmosphere around CBD were to head in a bad direction, they would drop the idea altogether.

About a year ago, they took the next step and leased some land to farm, hired a farm manager, and began to grow their own plants. Coyote River Hemp Company has been growing their hemp and certifying it through the Maine Organic Farmers and Gardeners Association (MOFGA). They have been using something called the Clean Cannabis Program in Maine, due to the lack of a USDA organic certification. They focus on growing good plants and maximizing terpene production, while remaining small scale.

Both Bedard and Justin (their farm manager) are certified permaculturists, and those practices serve as a core element of their overall business model. Their focus on sustainability and healthy plants goes beyond the hemp as a product, and includes all the pieces of the environment they work with. Making use of herb spirals, as well as techniques which benefit microorganisms and promote biodiversity, help them grow healthy plants, and create healthy CBD products, while remaining a small batch craft producer.

Bedard is excited to see continual transformation as increasing numbers of people open up to the idea of CBD products as an alternative to conventional Western remedies. 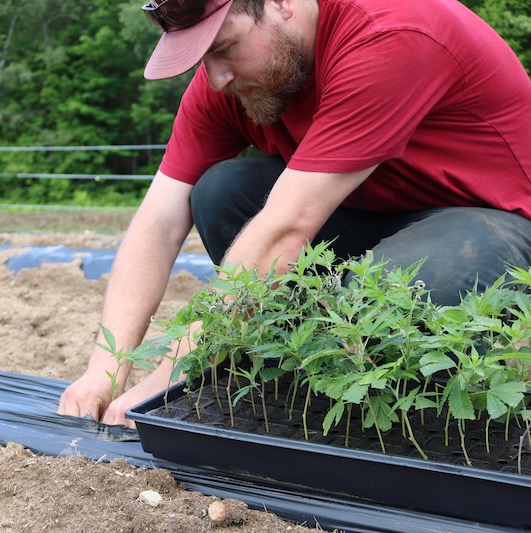 Next year, Coyote River’s operations will involve continuing their mission of sustainability and health, while attempting to drive down the price point on their products, so they can be more accessible and affordable. They’re also developing an outreach program for people who need CBD products, and figuring out how to increase access to CBD for elderly and low-income residents.

With an abiding interest in serving their entire community, as well as their environment, the Coyote River team is also putting together an educational series for their region of Maine, and working on a certification for stores and sellers of their products.

In the big picture, Bedard hopes that Vermont, New Hampshire, and Maine will all come together around the hemp and CBD industry of the Northeast. He would even like to see a hemp round table, which could share and deploy lobbying power around the region.