Photo by R+R Medicinals on Unsplash 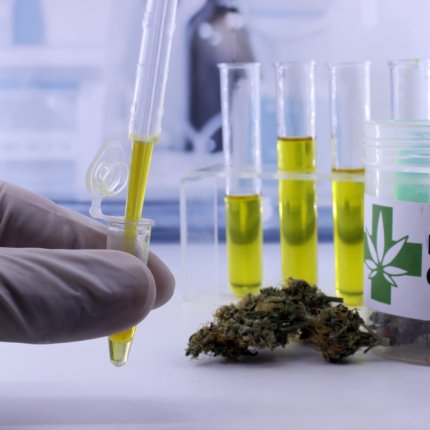 Just over 500 participants from around the world attended the four-day conference, which included 65 oral presentations and nearly 200 posters covering a wide range of topics – with the caveat that researchers had to present new, unpiblished data.

Harvard University scientist Staci Gruber shared encouraging results from “the first open-label to double-blind clinical trial” assessing the impact of a high-CBD, low-THC sublingual tincture in patients who experience moderate anxiety. None of the participants had been using any cannabinoid-based products prior to this study.

After the completion of this open-label trial, Gruber intends to undertake a double-blind, placebo-controlled experiment that will generate “empirically sound data regarding the efficacy of sublingual CBD for anxiety.”

Human subjects were also recruited for a CBD study at the University of Nottingham in the United Kingdom, where Saoirse E. O’Sullivan and her team examined the acute and chronic effects of cannabidiol on cardiovascular function.

Previously, the Nottingham scientists had shown that “acute oral administration of CBD (600 mg) causes a reduction in blood pressure at rest and in response to stress.” But would tolerance develop with repeated dosing, thereby mitigating CBD’s hypotensive effect?

To find out, twenty-six healthy males were given 600 mg CBD or a placebo orally for seven days in a randomized, placebo-controlled, double-blind, parallel study. The results were mixed. Measurements of resting blood pressure revealed that tolerance developed in response to chronic CBD administration, but CBD’s ability to lower blood pressure persisted during stress.

ICRS 2019 included several talks devoted to clinical studies, but most of the CBD presentations showcased cutting-edge data based on preclinical research. The astonishing depth and range of this research underscored CBD’s versatile therapeutic potential.

There’s good reason to be excited about CBD’s potential health benefits, but a word of caution is necessary. Administering pure CBD to animals in a controlled laboratory setting is not the same as human consumption of a CBD oil product purchased from an unregulated internet storefront.

The Prague-based International Cannabis and Cannabinoids Institute (ICCI) analyzed the quality of 70 hemp-derived CBD oil samples available in the European Union, and the results reported at the ICRS symposium were sobering, to say the least. Twenty percent of the samples contained less CBD than indicated on the label. THC was present in 89 percent of the samples, but in most cases no amount of THC was provided. And traces of highly toxic polycyclic aromatic hydrocarbons were found in all the oils tested, underscoring the strong need for better extraction and processing practices by CBD product-makers.

Similar problems plague the CBD market in the United States. Inaccurate or incomplete CBD product labels undermine a consumer’s ability to make well-informed decisions. According to researchers at Thomas Jefferson University in Philadelphia and Washington University in St. Louis: “Recent studies have demonstrated that hemp-derived CBD products purchased over the internet are frequently mislabeled, contaminated, or are outright fraudulent (contain no cannabinoids whatsoever). Therefore, patients are more likely to receive medical benefit from products that are routed through state-licensed cannabis markets, where lab testing for CBD content is required.”

Licensed cannabis dispensaries and delivery services also need to up their game and improve their product offerings. “Despite the obvious medical benefits, the availability of CBD-containing products in state-licensed retail stores is highly variable and surprisingly sparse. In one Pennsylvania store only 20 of products (39 or 196) contained CBD,” the U.S. researchers noted. “Results highlight the need for expanded patient access to CBD products.”

Martin A. Lee is the director of Project CBD and the author of several books including Smoke Signals: A Social History of Marijuana – Medical, Recreational and Scientific and Acid Dreams: The Complete Social History of LSD – the CIA, the Sixties and Beyond.

Reprinted with permission from our friends at Project CBD.