This 6-minute nugget episode of Unhidden is an excerpt of a much longer conversation with herbalist and cannabis product maker Susan Snowden.

In this section, she talks about part of the history of how hemp and CBD products started getting legalized, and the influence of the pharmaceutical industry in the legalization process.

Kathryn Blume: Hi, cannabis fans. This is a special nugget episode of Unhidden. The winner of the topicals category for the inaugural edition of The Headies, Heady Vermont’s cannabis cup was a woman named Susan Snowden.

Susan is from the Middlebury Vermont area and she has a long and varied career as a ballet dancer, a costume designer, a landscaper and an herbalist. She’s also a medical cannabis patient with a crazy personal history working on a fall episode with her but given that there has been a national escalation of banning certain CBD products, New York and Louisiana being the most recent examples.

We wanted to share a brief moment of the conversation with Susan in which she outlines some of the background of how we got here with CBD. Look for the complete episode in the very near future.

Susan Snowden: Well, there’s a pharmaceutical company in England, that doesn’t have as much pressure on it as places here in the United States, called GW Pharmaceuticals. And it begun some medical investigation and some studies on how to use cannabis as a drug which— I heard a statistic, 65 percent of the medicines that we have today began as a natural derivative from a plant. Anyway, so this idea isn’t new. They try to develop a synthetic version because they can’t patent the plant itself. But if we can skew the molecule just a little bit, now it’s something different and we can patent it.

So, they developed two different products Sativex, and I can’t remember what– Marinol. Now, these are synthetic THC products that didn’t do well in testing; lot of bad side effects, anxiety. They are not a natural component and all of these designer drugs that you see where you watch on YouTube and people are doing those weird things, it’s a synthetic cannabis. They’ve just, in the lab, rotated the molecule a bit and the body doesn’t like it.

So, what GW Pharmaceuticals did was they came back to this whole plant medicine idea and that maybe the problem is is that we’ve been trying to do a synthetic and what we really need to do is take plant, and just use the plant, and make something out of that and give it to somebody.

So, that’s what they did with Epidiolex thing— that they’re using to treat children mostly with really, really horrible epilepsy that is– We don’t have anything that even comes close and these kids are cured basically from using it. So GW Pharmaceutical developed Epidiolex, they needed to bring it to the world to sell it. Well, it’s a Schedule One drug and that’s kind of a problem.

So, they approached the DEA, the Drug Enforcement people who control all of that and said, “We want to bring this to the market. It’s testing really well but it’s a Schedule One drug. So, what do we do about that?” Well, everybody wondered what they were going to do about that.

And it ended up that they reclassified CBD, not THC but CBD specifically. Now it’s an experimental drug, so it’s no longer a Schedule One. I think it’s Schedule Five now maybe. But because it’s an experimental drug now, and it’s no longer a Schedule One, control of it doesn’t fall to the DEA any more, moves over to the FDA, to those people who say it’s generally accepted as safe or it’s not.

And right now, according to the laws and the people who have control over those sorts of things, CBD is not been accepted as safe. There’s so much money, and so many people in this game already. The legal opinions that I’ve read about it say that this is the opinion of the FDA. It’s not law and that it’s all going to be fought out in the court system.

I see a little bit of backtracking a bit from the FDA on it. Like we’re going to try to help pave the way, but it’s eventually going to come down who’s got the money. I think the Codex Alimentarius, the herbal controls that they tried to put in place globally— I mean in England now, you can go buy a supplement. You have to get a prescription from your doctor for a supplement.

Susan Snowden: Yes because they’re now considered drugs and you can’t just walk into the store and buy them. We haven’t gone quite that route but what we did here in the states was that we changed the laws on over the counter medicines.
So, if there’s been something that we’ve been using for years and years and years to treat a certain thing and let’s say it’s an herb, that’s okay. They kind of like got grandfathered in but any new thing that comes down the pike, let’s say we find you know, something from the Amazon that treats hair loss but we have never used it to treat hair loss before.

Now, there’s all kinds of tests and studies and fees and money that you have to pay to be able to use whatever this thing is that’s coming from the Amazon now to treat hair loss.

That’s how we kind of dealt with it here in the United States. We made the pathway to using this natural thing much more arduous and difficult and expensive to bring to the marketplace. And the problem right now is hempseed oil which has been used for years and years and years in food and in body care products is gross generally regarded as safe by the FDA, and that’s okay to use.

And there are tons of people who are marketing CBD products using hempseed oil, has no CBD in it at all. It’s made from hemp seeds but it’s got that word ‘hemp’. You know, I saw a full page ad in the Burlington Free Press for hemp gummies. Full page, someone spent a ton of money on it. It wasn’t a Vermont company, probably from China. I don’t know. What it had it was hempseed oil and I’m sure they’re making a ton of money. And what’s weird about that is that’s legal and they’re scamming people [laughs], the legal thing.

That’s the problem that we have now is that because of the hemp bill and because of GW Pharmaceuticals and their experimental drug it all got reclassed, and now, somebody with deep pockets that are making these products are going to have to go through all the new steps now that are in place to prove that it’s safe and that it does what they’re saying, and until that happens–

Somebody was saying okay, you know, we have supplements now that aren’t approved for certain things and people still sell them and take them, and the FDA seems to kind of turn a blind eye. Part of this there seems to be money for enforcement. They’re really focusing on this because there’s so much money in there.

Kathryn Blume: That’s it for our Unhidden Nugget. Thanks so much to Susan Snowden for sharing her vast store of knowledge with us. Thanks also to the whole team at Heady Vermont; Monica Donovan, Erin Doble, Kelley McDowell, Christina Hall, and Luna the Wonder Dog. We’ll see you next time. 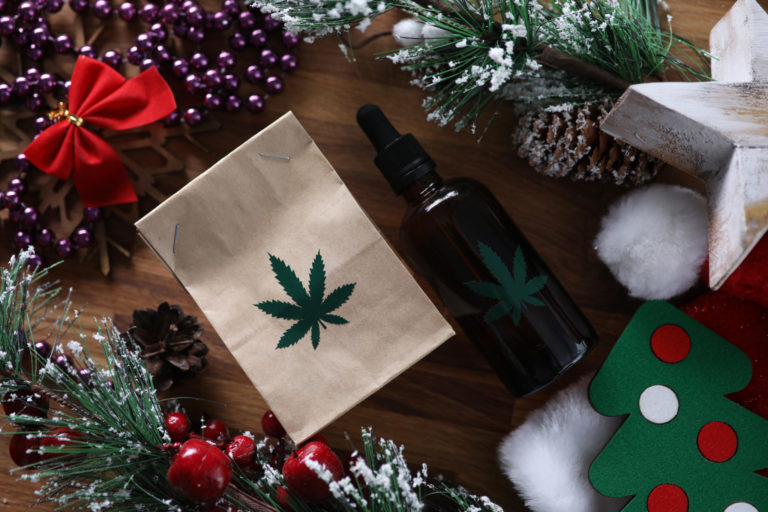 This has been a rough year for small business owners. People are predicted to spend ...

“This is an industry that has been built on relationships and one of the barriers ...

Maple syrup is not just a delicious addition at the breakfast table, it’s also ...