Gyllian Svensson is a real woman, alive and well, living in a sprawling house in South Burlington. 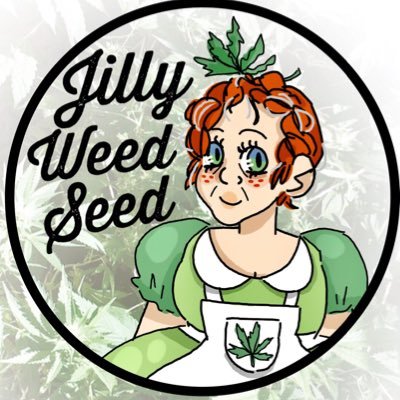 Gyllian Svensson is also a character, literally. Her alter ego’s name is Jilly Weed Seed.  Costumed as “Jilly,” this two-time cancer survivor spreads the word about the beneficial effects of cannabis.

She knows what she’s talking about. She’s learned the hard way

Gyllian’s love affair with cannabis started slowly. Plagued with more than her share of ailments as a young woman, she noticed that her discomfort was lessened with marijuana use.

She began to think of cannabis as her friend. Still, she had a few reservations.

“I was a bit fearful,“ she remembers. ”I may have bought into the stigma we all heard about marijuana use – that it was a ‘gateway drug’ and so forth.”

A talented musician, Gyllian traveled a great deal in her earlier life. She studied the Irish fiddle in Galway, Ireland. She played 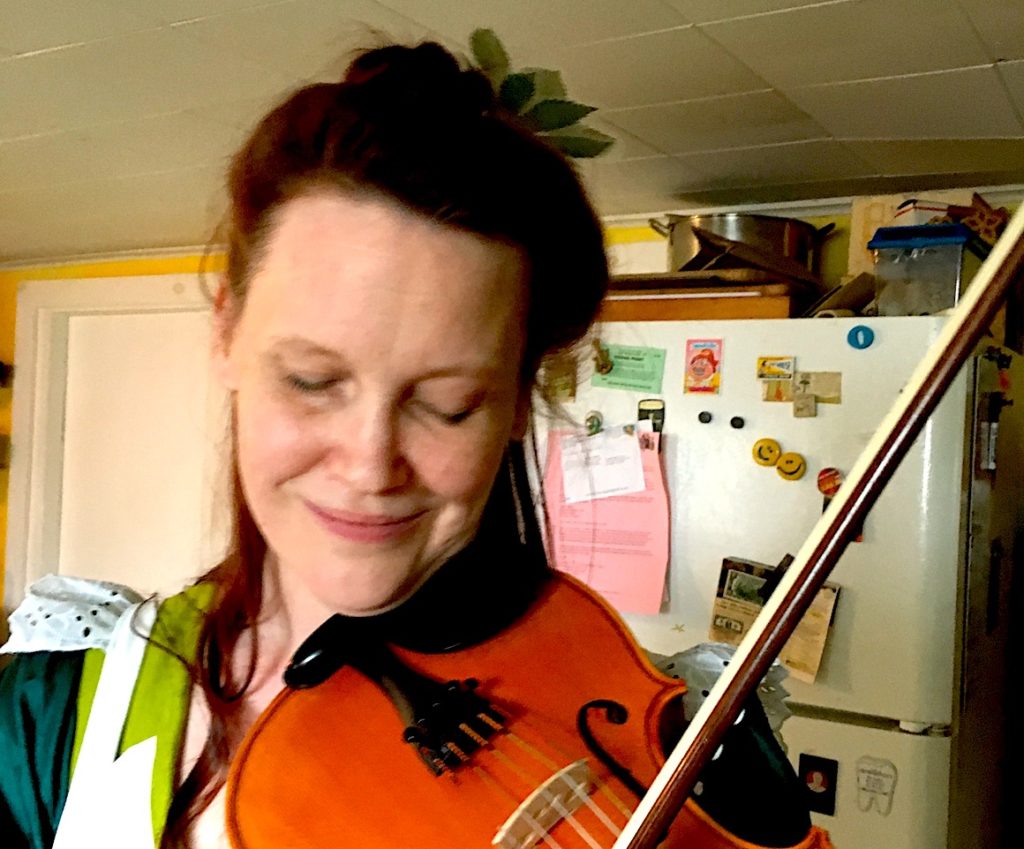 with a band when she lived in San Francisco. Toured across the USA with the band, from California to New York City.

Few people knew that this vibrant, talented performer was dealing with years of reproductive-related issues. This concerning situation led her to focus energy in the same area.  “I worked on the forefront of reproductive justice,” she remembers. “I was with Planned Parenthood, became a midwife apprentice, then a doula. “

Doctors had told her she’d never give birth. Not for the last time, she proved the doctors wrong. Her two sons, now 12 and 19, were both born at home.

Gyllian arrived in Vermont in 2004. She settled down with her husband, a painter, to raise her growing family. She opened The Bobbin in Burlington’s Old North End, a community hangout where people could pick up Gyllian-designed fashions or learn to sew their own.

Cannabis, plus my knowledge of nature-based remedies, let me keep my intake of prescription drugs to a minimum. This experience let me see first-hand how essential THC is to managing the pain, the nausea and lack of appetite.

In 2014, she began to suffer unsettling symptoms.

“Excruciating pain, super-heavy bleeding. Tissue was growing where it shouldn’t have been,” she remembers. After undergoing a hysterectomy she was diagnosed with cervical cancer,

“The therapeutic option I was offered was radiation,” she says. But that didn’t sit well with Gyllian. She turned to cannabis, her old friend – acquired from friends at first, and later from a medical dispensary.

“Cannabis, plus my knowledge of nature-based remedies, let me keep my intake of prescription drugs to a minimum. This experience let me see first-hand how essential THC is to managing the pain, the nausea and lack of appetite.”

THC is short for tetrahydrocannabinol, the plant’s main chemical compound. It acts much like the cannabinoid chemicals made naturally by the body, according to the National Institute on Drug Abuse.

I have a wonderful team of doctors. They’ve learned a lot from me.

Gyllian remained cancer-free for four years. But in 2018, the all-too-familiar symptoms began to reappear.

“The pain was vicious,” she remembers. “It got so I couldn’t stand to ride in a car. Every pothole was agony.”

Gyllian demanded a scan, which revealed a tumor four centimeters in diameter.  This time the treatment was more aggressive: she received thirty rounds of radiation, and six rounds of chemotherapy.

The doctors also prescribed fentanyl and oxycodone  — powerful drugs to ease her pain.

“I was amazed at how easy it was to become dependent on these drugs,” she says. “Sure, they numbed me…but the relief wasn’t worth it. I wanted to be present for my kids.”

With Jilly I get to do all the things I love at the same time and put a fun, feminist face on cannabis.

Cannabis helped her taper off these dangerous opioids, while providing a gentler easing of her pain and depression. Thankfully, her doctors approved.  “I have a wonderful team of doctors. They’ve learned a lot from me,“ she adds with a laugh.

She created her alter ego, Jilly Weed Seed, as a kind of cannabis ambassador. “With Jilly I get to do all the things I love at the same time,” she says, “and put a fun, feminist face on cannabis.”

As “Jilly,” she plays the fiddle, makes her own costumes, and gives inspirational power point talks on the subject of cannabis.

“Cannabis is nature’s gift to us humans,“ Gyllian says simply. “She allows us to heal ourselves.”