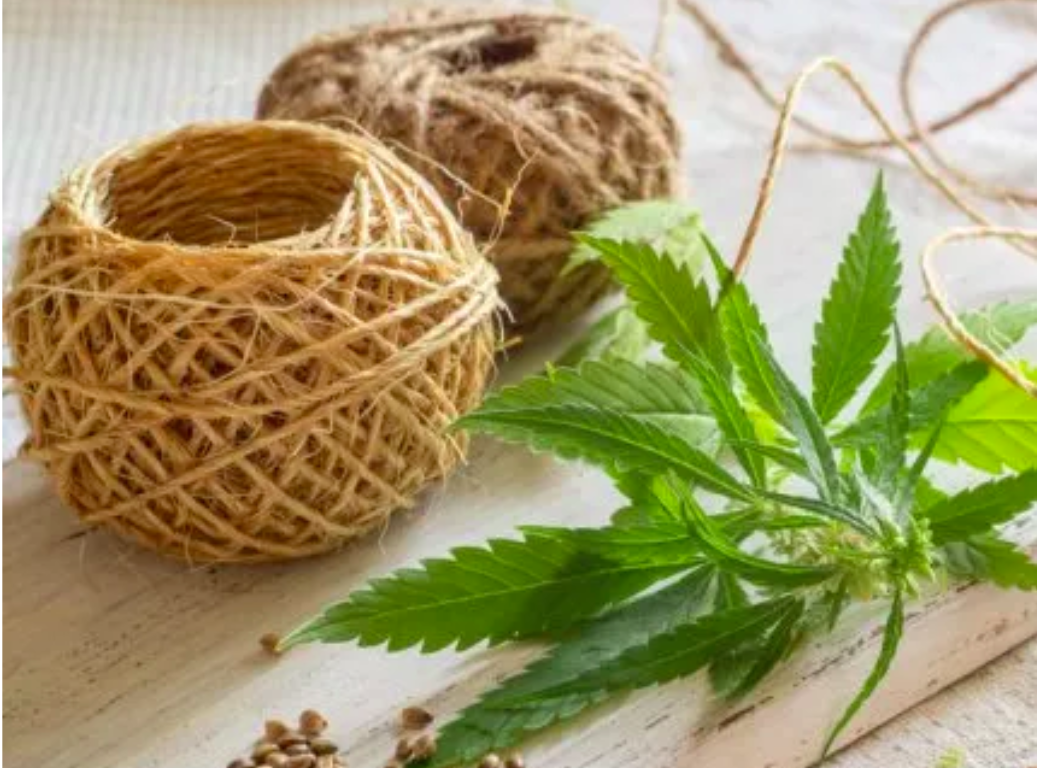 Another great article from our friends at Project CBD.

It’s been six months since Congress passed the Farm Bill legalizing hemp for cultivation. It’s high time we rectify some common myths about this plant.

Praise be to all things hemp! Faithful friend of humanity since before the written word, a versatile source of food, fiber, fuel, and pharmacy, a plant with a patriotic pedigree prized by America’s Founding Fathers.

After languishing for eight decades in the wilderness of marijuana prohibition, hemp is making a big comeback thanks in no small part to cannabidiol (CBD), the mischievous, nonintoxicating cannabis compound that has upended the drug war establishment.

There’s no denying that CBD has catalyzed the rebirth of the U.S. hemp industry. In response to overwhelming public demand for CBD, Congress passed the groundbreaking 2018 Farm Bill, which legalized (or, more accurately, re-legalized) the cultivation of hemp on domestic soil. Many American farmers are jumping on the CBD bandwagon, imagining a bright future of Colossal Big Dollars now that hemp is once again a legitimate cash crop. But along with the rush of enthusiasm for CBD as an economic opportunity, a number of fallacies about industrial hemp have taken root.

Not quite. The 2018 Farm Bill defined as hemp as cannabis with no more than 0.3 percent tetrahydrocannabinol (THC) and legalized its cultivation in the United States. The Farm Bill also removed various derivatives of hemp, including CBD, from the purview of the Drug Enforcement Administration (DEA) and the Controlled Substances Act.

So now farmers can grow and sell hemp, but the Food and Drug Administration (FDA) views CBD strictly as a pharmaceutical. And because it had already approved CBD as a prescription drug (Epidiolex) for treating two kinds of pediatric seizure disorders, the FDA asserts that it is illegal to sell hemp-derived CBD as a dietary supplement or over-the-counter drug.

Several states have followed the FDA’s lead and explicitly banned CBD-infused edibles and beverages, though there has been little effort to enforce this policy. The recent decision by Visa, the world’s largest credit card company, to stop processing CBD-related payments underscores the uncertain legal status of CBD.

The legal status of CBD commerce remains mired in contradiction.

The DEA, meanwhile, retains jurisdiction over CBD extracted from “marijuana” (cannabis with more than 0.3 percent THC), which is still prohibited under federal law. Rooted in reefer madness racism and enforced disproportionately against ethnic minorities, marijuana prohibition is akin to the Confederate statue still standing, a sign of ongoing social injustice. By carving out a legal loophole only for hemp, the Farm Bill perpetuates this shameful scandal.

The Farm Bill – which a cynic might refer to as the ‘Keep Marijuana Illegal Bill’ – is seriously flawed. It solves some problems, while creating others. Like a patch designed to correct defective software, the Farm Bill attempts to fix the unfixable. In this case, the defective software is the Controlled Substances Act, an odious edifice built upon a mountain of lies. Consequently, the legal status of CBD commerce remains mired in contradiction.

FALLACY #2 – THE DEFINITION OF HEMP AS DISTINCT FROM MARIJUANA IS BASED ON SOUND SCIENCE.

The molecular structure of CBD is the same irrespective of its botanical source, but CBD extracted from a hemp plant is no longer a controlled substance while CBD extracted from marijuana is federally illegal. CBD is currently both a Schedule One drug, a category reserved for dangerous drugs with no medical value, and a Schedule Five pharmaceutical, the safest designation possible for a controlled therapeutic substance.

There is no logical basis for distinguishing between hemp with 0.3 percent THC and cannabis with 0.4 percent THC, as stipulated according to federal law. The ‘0.3 percent THC or less’ definition for hemp is a political distinction without a scientific foundation.

0.3 percent THC was never meant to function as a legal demarcation between hemp and other forms of cannabis.

Where did the 0.3 percent THC qualifier come from? It stems from a 1976 taxonomic report by Canadian plant scientists Ernest Small and Arthur Cronquist, who never meant for 0.3 percent THC to function as a legal demarcation between hemp and other forms of cannabis. But that’s what has happened.

To cut to the chase, the 0.3 percent THC legal limit for hemp is an arbitrary, impractical, irrational relic of reefer madness. Although it lacks scientific validity, it has become the cornerstone of cannabis prohibition, a discredited, anachronistic policy that impedes medical discovery and patient access to effective therapeutic options, including herbal formulations with various mixtures of CBD and THC, both of which have important remedial properties, especially when combined.

Why did hemp become illegal in the first place? The notion of an anti-hemp conspiracy involving corporate and government collusion has become Holy Writ among some cannabis proponents. The operative assumption is that anything made from trees or petroleum could also be made from hemp. Thus, DuPont, a manufacturer of plastics, supposedly sought to eliminate hemp because it was a natural competitor to the emergent plastics industry.

This theory also posits that the Hearst newspaper chain railed against “marihuana” because Hearst wanted to vanquish a paper business rival. But the Hearst syndicate always needed more paper for newsprint and, if anything, it would have been in Hearst’s interest to grow lots of hemp as a source for making paper.

There’s no smoking gun, let alone much evidence, showing that Federal Bureau of Narcotics chief Harry Anslinger was acting at the behest of DuPont or press baron William Randolph Hearst when America’s top narc launched the “reefer madness” crusade to outlaw marijuana in the 1930s.

When it comes to conspiracies – and, yes, they’re everywhere to the point of banality – better to look first for the lowest common denominator, the mundane explanation, to see what’s plausible. Screaming headlines and scare stories sell newspapers. Hearst’s anti-marihuana hyperbole was racist and opportunistic to the core. Ditto for Anslinger, whose entire government department was on the chopping block during the Great Depression.

Anslinger had sufficient motive and means to demonize marihuana, “the evil weed,” in order to preserve and expand his bureaucratic fiefdom. Reefer madness, a racist propaganda campaign, was his way of avoiding budget cuts and inflating his self-importance. He had a key ally in Hearst, an outspoken supporter of fascism and anti-Mexican ethnic cleansing.

Hearst and Anslinger were the main engines behind marihuana prohibition, a policy that some speculate was implemented to benefit the business interests of DuPont, a major client of Mellon Bank. Ex-Treasury Secretary Andrew Mellon was Anslinger’s former boss and his uncle by marriage. All these associations are intriguing and suggestive. But covert corporate machinations in this case probably account for much less than endemic racism, boardroom bigotry, and bureaucratic self-interest.

FALLACY #4 – INDUSTRIAL HEMP DOESN’T NEED PESTICIDES AND THEREFORE IT’S NOT NECESSARY TO REGULATE OR RESTRICT THE USE OF PESTICIDES ON HEMP.

Hemp is a hardy, adaptable botanical that feasts on sunlight and thrives in various climates. It acts as a “bio-remediator” that can remove heavy metals and other toxins from a polluted landscape. But this eco-friendly, soil-rejuvenating plant is not immune to mold or pest infestation.

Hemp is not immune to mold or pest infestation, and potentially harmful pesticides can be used in industrial production.

Hemp and psychoactive cannabis (marijuana) have innate defense mechanisms that protect against predators and disease. The sticky gooey resin that is concentrated on the leaves and flower tops of psychoactive cannabis contains a treasure trove of medicinal and aromatic compounds – including cannabidiol (CBD) and tetrahydrocannabinol (THC) – and some of these compounds have antifungal, antibacterial, and insecticidal properties. The stickiness of cannabis resin adds another defensive layer by trapping bugs.

But sometimes the plant’s innate defense capabilities aren’t sufficient to save a crop, as many cannabis farmers have learned from bitter experience. Industrial hemp grown for fiber or seed oil are low-resin plants compared to high-resin drug plants. Resin-deficient industrial hemp is more vulnerable to mold and pests – and is therefore more likely to require pesticides and fungicides – than high-resin cannabis.

CBD is the most common cannabinoid present in industrial hemp, but the CBD levels top out at about 3.5% by dry weight – much less than the remarkable varieties of CBD-rich cannabs flower grown for medicine that can reach as high as 20% CBD by dry weight. Because industrial hemp produces relatively small amounts of CBD, a huge amount of hemp biomass is necessary to produce a significant quantity of CBD oil.

Such a large amount of plant material means there’s a greater likelihood that toxic contaminants will be concentrated in the CBD oil extracted from industrial hemp, which will suck up and absorb any pesticides or heavy metals present in the soil through a process known as “bioaccumulation.” This is excellent for cleaning up a toxic waste site, but not so good for medicinal oil extraction and production. Industrial hemp and its extracts usually aren’t subject to stringent (state-level) regulations governing pesticide and solvent residues, and these contaminants end up in CBD products manufactured by unscrupulous producers.

It’s noteworthy that the phrasing of the 2018 Farm Bill refers to “hemp” rather than “industrial hemp.” The decision to drop the word “industrial” from legislative parlance is a reflection of the primacy of CBD in the brave new world of legal hemp. Industrial hemp cultivated for fiber and seed isn’t CBD-rich. But new high-resin cannabis cultivars are becoming available that have been bred specifically to produce copious quantities of CBD with less than 0.3 percent THC, thereby satisfying the federal government’s absurd legal criteria for hemp.