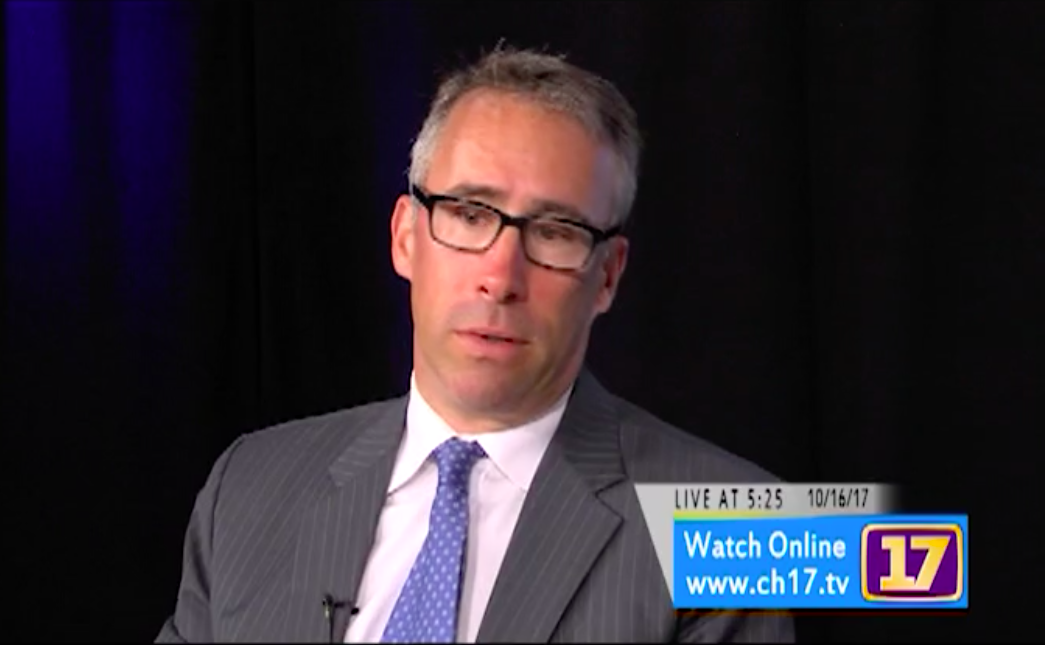 The next day, Mr. Jacob Perkinson sent a letter to my house objecting to the above tweet, saying that he “would like to avoid resort to legal action and request that I take steps to correct the referenced statement as soon as possible.” 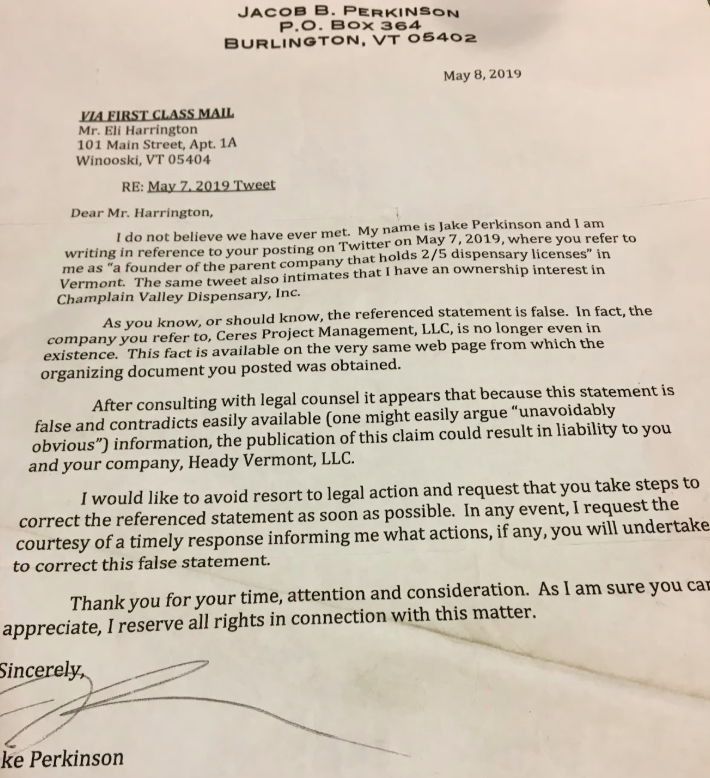 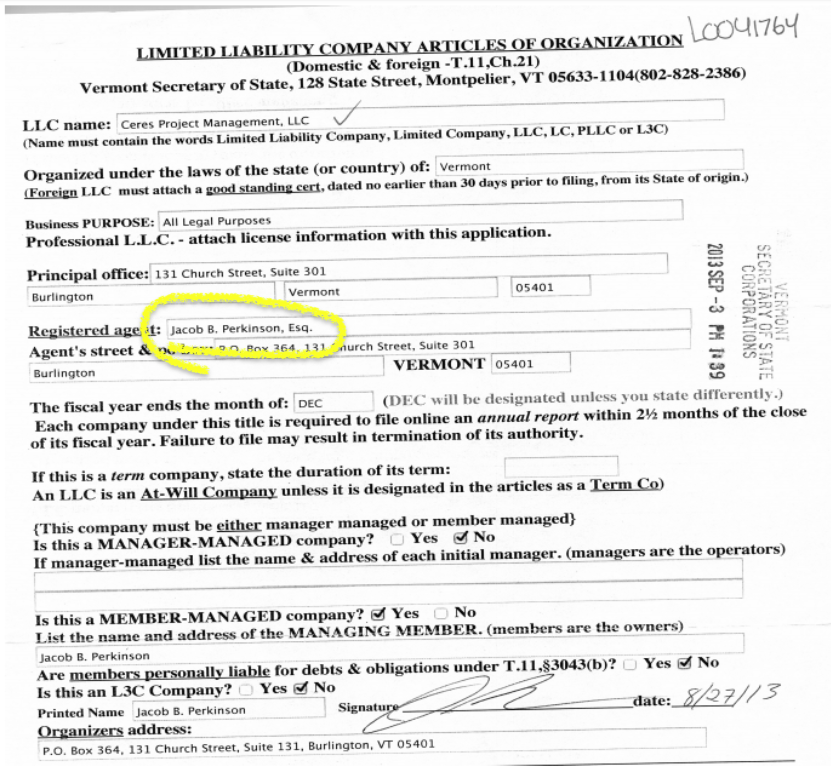 Three months after his resignation as the Vermont Democratic Party chair in May 2013, Mr. Perkinson was listed as the registered agent, and a founding member and owner of Ceres Project Management in August 2013.

However, Mr. Perkinson was removed as the registered agent of Ceres Project Management in September 2016 — after I first publicized his involvement — and replaced by Shayne Lynn: 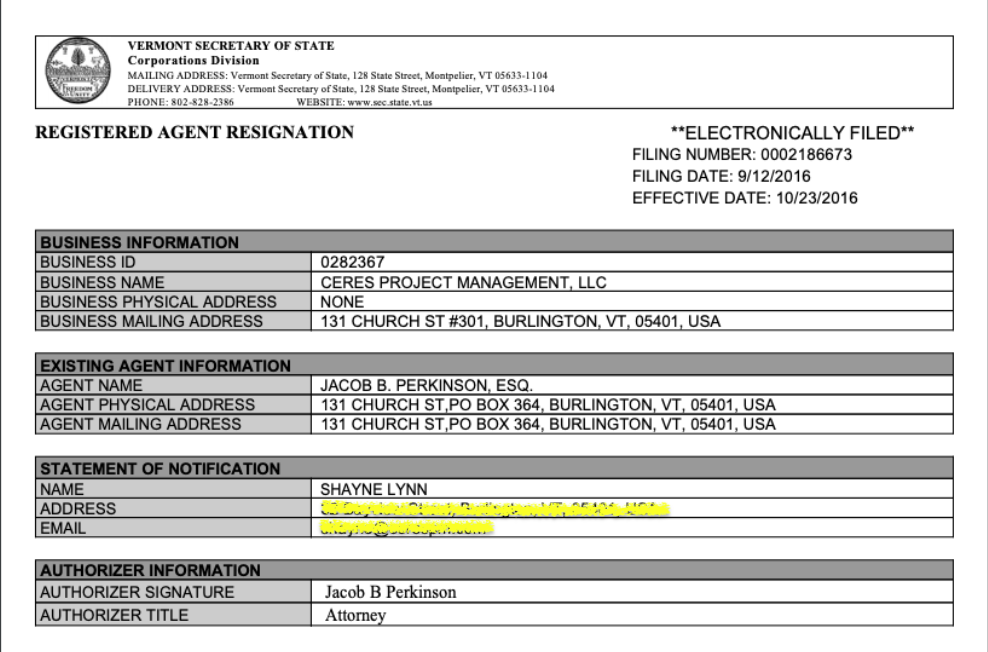 Champlain Valley Dispensary Inc., was converted from a nonprofit to a for-profit business in 2018, and lists David Mickenberg, not Jacob Perkinson, as its registered agent. Its listed shareholders are listed as Nancy Shaw, Nina Meyerhof, and Shayne Lynn, not Jacob Perkinson.

To be clear, Mr. Perkinson’s was previously the “President of Champlain Valley Dispensary, Inc., the largest and oldest medical cannabis dispensary in Vermont” and “founder and managing director of Ceres Project Management, LLC.”

However, as of May 2019, when I sent my tweet inferring Mr. Perkinson’s direct interest in Champlain Valley Dispensary and/or Ceres Project Management, he was not in fact formally involved.

For the confusion that I caused to readers of my tweet, and to Mr. Perkinson directly, I sincerely apologize.