The Elevated Agriculturalist Takes On Seeds 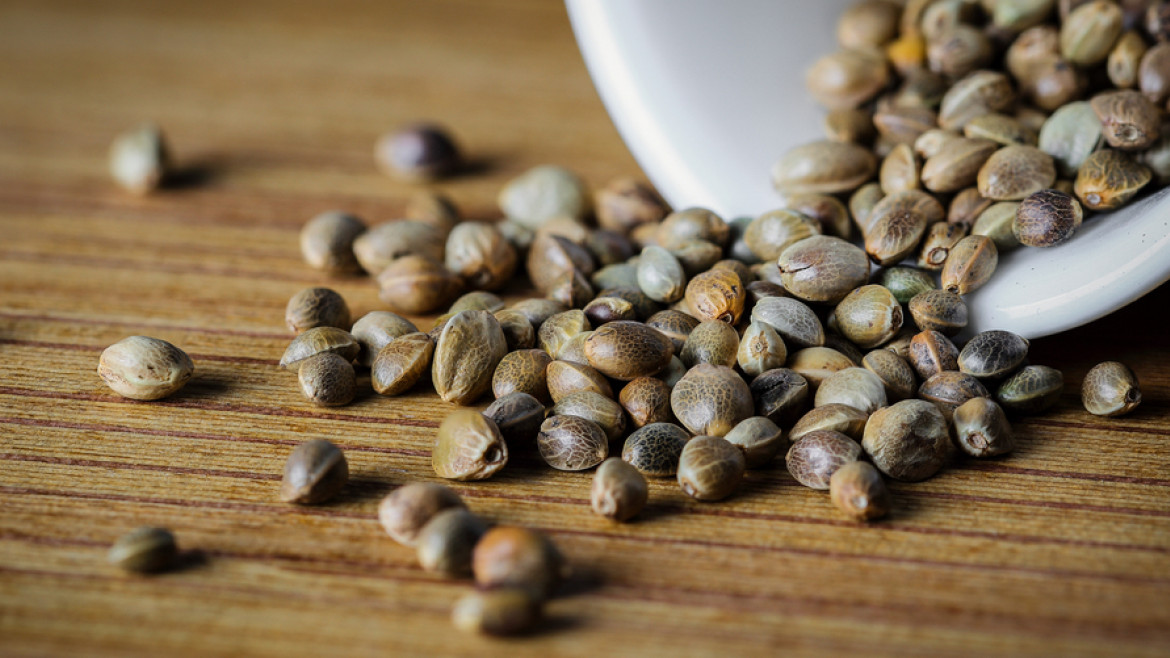 Beans, beans, the more you eat….

The time has finally arrived! That time of year when ‘third winter’ is definitely on the decline, those patches of exposed grass are expanding daily, and it’s time to get your cannabis seeds started!

As I write this, the Accu-Bean is diligently and methodically, nay, almost cathartically, counting out your seed orders.

As a cannabis grower, one of the most important decisions you’ll make is the selection of your genetics, usually in the form of a seed.

There are two main things to consider when choosing which cannabis strain you want to grow.

Ideally you want a strain that is well suited to the type of growing you are going to do, for example indoor vs. outdoor or soil vs. hydro.

Don’t try and grow a strain that is bred for indoor production outdoors or vice versa. The plants will grow, but will never reach their full potential.

You’ll also want to take into consideration the different effects types of cannabis can impart when choosing a strain.

In general Indicas tend to grow shorter, and denser. They usually handle the cold better, have better mold resistance than Sativas, and are often chosen for grows here in Vermont. Sativas, originating from closer to the equator, tend to flower longer, grow much larger and are better able to handle drought and heat. Many Sativa hybrids (a cross between an Indica strain of cannabis and a Sativa strain of cannabis), will do quite well up here.

All these traits, characteristics, and effects come in a neat little, self contained package called a seed.

The Anatomy Of A Seed At the core of a seed is the embryo, which contains all of the female genetic information. Surrounding the bottom of the embryo are the bracteoles, which are small leaves that secure the embryo to the plant.

The perianth is a thin protective coating that surrounds the embryo and is made up of the calyx and corolla.

That casing, the perianth, is in turn protected by the bracts, which are those trichome laden leaves on the outside.

The stigmata is the plural term for those whites hairs that stick out from the bracts. Collectively, the female reproductive parts, from the stigma to the embryo, are known as the pistillate calyx – or more commonly called the seed pod.

So you’ve chosen the winning strain and your looking for seed. Here are the three main physical characteristics I look for when sourcing cannabis seed. Again, these are general rules of thumb and there will always be the exception to the rule. The first thing I want is a nice hard outer casing, one that is dark silver grey and makes a “tink”sound when dropped from a few inches. I avoid seeds that have a translucent appearance and are almost beige in color.

I look at the connection point that runs along both sides of the seed, to make sure it’s smooth and uniform.

I also like to see tiger striping on them. These lines are the result of tannins leaching from the perianth later on in the development stage. It’s a good sign that you’ve got a mature seed. This striping can range from silver-ish, white stripes to light brown and almost golden lines.

Finally I look at the crater at the bottom of the seed. There are a couple of things to look at here. First is the crater itself, is it a neat oval, with no abnormalities, and is there a definitive indentation in the center.

Generally, when a seed is taken too early and not allowed to separate from the plant naturally, that ring will have lots of little fibers sticking out from it. When it’s allowed to separate naturally those fibers have shriveled up and the mature seed is free to emerge from the bracts, which also shrink as they dry.

How We Get Seeds

Pollen from the male plant blows around in the wind until it comes in contact with the sugary surface of the stigma. That’s pollination.

The two main types of cannabis seeds are regular and feminized.

Regular seed are just that – a seed that is the result of male pollen matching up with the female embryo.

With these seeds you have about a 50/50 chance of getting a female plant – what we want when growing a sinsemilla (all female) crop.

Feminized seed is seed that will only produce female plants. I’ve heard these seeds referred to as GMOs or Frankenseeds, and called unhealthy or even poisonous. This inevitably comes from someone who doesn’t fully understand the process.

Feminized seeds are produced by forcing a female plant to express her genetic information in the form of pollen.

This can be done several ways but the most consistent way we’ve found is with the health supplement colloidal silver, which is comprised of tiny particles of silver suspended in a liquid. We use 50ppm in distilled water as our solution.

When folks tell me I’m poisoning the plant to get this result, I explain that it’s a health supplement and requires none of the protective gear an actual poison does. As for what it does to the plant, it acts as a mutagen, changing its genetics to prevent it from producing the amino acid ethylene. In the absence of ethylene, the plant express its genetic information in the form of pollen.

Auto seeds complete their life cycle in three months. There is little you, as the grower, can do to alter this.

You can then take that pollen and pollinate the other female crops of the same strain. You can also cross between different strains but you’ll be limiting the genetic diversity to only the female side and you’ll have a hybrid that hasn’t been stabilized. Feminizing seeds is best left for plants of the same strain, and will produce a safe, reliably female plant.

Autoflower seeds are seeds that have been bred with cannabis ruderalis, a low-THC species of cannabis which is native to Central and Eastern Europe and Russia. This type of cannabis is not dependent on the length of daylight it receives and will go into full flower under 24 hours of light. Care should be taken when growing these seeds, but they offer the experienced grower the opportunity to double, even triple their yields.

Auto seeds complete their life cycle in three months. There is little you, as the grower, can do to alter this. With that said, you want to plant these seeds in their forever container, and do not disturb the tap root.

Getting The Seeds Started Lots of folks like to use the venerable paper towel method:

I like to start my seeds directly in the soil they are going to be growing in. Cannabis seeds are small, ranging from 1mm – 3mm and should not be planted deeper than 1/4 inch. Place them in a 1/4” deep hole in wet soil. In 24 – 72 hours your should see the cotyledon emerge from the soil surface.

Cannabis plants – hemp in particular – have marginal germination rates. I’ve grown some cultivars that have a 80% – 85% germ rate. Most average in the low 90s and a few strains have had an almost a 99% germ rate. But the norm is much closer to 90%.

Once you’ve got your beans started and the first set of true leaves have emerged, it’s time to encourage that little gal to grow into an amazing plant!

But we’ll save that for next time…