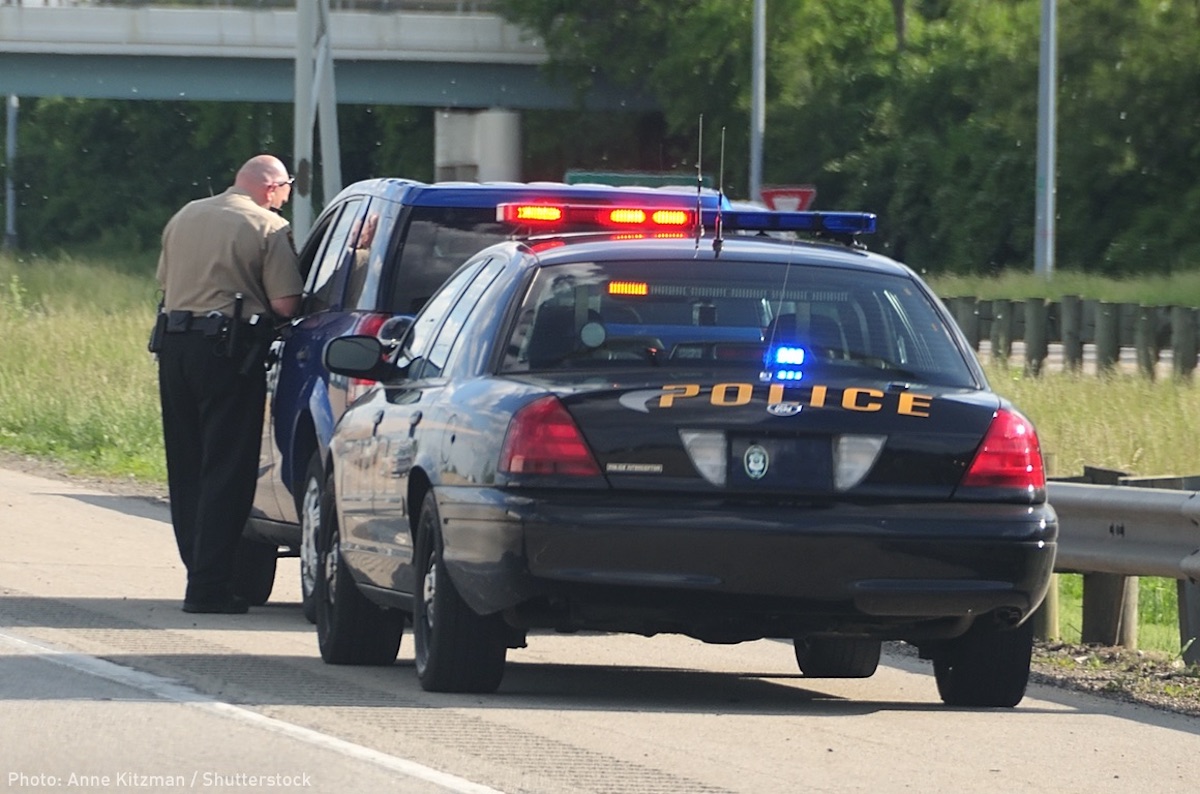 Editor’s Note: Like all good April Fools’ jokes, there was some doubt amongst readers about the veracity of this post. It’s true in our hearts, if not in reality…

In a surprising policy reversal, Vermont State Police announced today that they will be abandoning a controversial roadside saliva test designed to determine driver impairment from tetrahydrocannabinol (THC) – the psychoactive component in cannabis.

Cannabis for recreational and personal use has been legal in Vermont since July 1, 2018, and ever since then, local law enforcement officers have been struggling to find pot’s version of a quick and easy breathalyzer test for potentially impaired drivers.

“At this point, everybody knows those saliva tests don’t actually work,” said Captain Seshta Nepenthe, Cannabis Liaison Officer for Vermont State Police. “They’ll tell you how much THC is in your system, but that’s no indication of your level of impairment. After all,” adds Nepenthe, “that THC could be from a joint you smoked last week. Highs only last a few hours, so the amount of THC in your bloodstream isn’t a useful indicator of anything.”

“As cannabis use increased after legalization, I wanted to smooth the relationship between the Colorado State Police and the cannabis-friendly yet responsibly-driving general public, and create more authentically meaningful impairment tests.”

This is an argument Vermont’s cannabis advocacy community has been making since the saliva tests were originally announced. Their concerns have been amplified by civil liberties leaders who claim that saliva tests would unconstitutionally capture drivers’ DNA.

In lieu of saliva-testing technology, which would have cost between $250,000 to $300,000 each to outfit every police cruiser in the state, the Vermont State Police have turned to Cookie Policing Solutions, Inc. out of Boulder, Colorado, for field sobriety tests which more accurately reflect the degree of a cannabis-using driver’s ability to safely navigate behind the wheel.

CPS founder and CEO Maisie Magu started the company as a graduate student in the Resilient Leadership program at Naropa University. “As cannabis use increased after legalization, I wanted to smooth the relationship between the Colorado State Police and the cannabis-friendly yet responsibly-driving general public, and create more authentically meaningful impairment tests.”

Magu wanted these tests to be fun for the police “because their job is so tough and dangerous,” and also to benefit local communities hit hardest by the drug war and the opioid epidemic. “Intersectionality,” she says, “is everything these days!”

The heart of the CPS roadside impairment assessment is called The Dough Bowl. In The Dough Bowl, police officers hand the potentially impaired driver a teaspoon and a bowl filled with four cups of chocolate chip cookie dough. Officers will, of course, be equipped with gluten-free, sugar-free, and vegan versions of the dough for each driver’s particular dietary needs.

The driver will then be instructed to hold the bowl for one minute, eat one small bite of the dough, and then hold the bowl, without eating anything more, for two more minutes.

“Generally,” says Magu, “when someone is measurably impaired, personal resistance to temptation is the first thing to go. If they eat early, scoop a first bite that’s way bigger than the spoon’s capacity, or sneak subsequent bites in that two minute timeframe, that’s a pretty good indicator something’s up, impairmentwise.”

Magu also started a companion business, Dough2Dough, to supply police officers with fresh testing materials. “D2D opens up commercial prep kitchens in small communities, and staffs them with people recovering from opioid addiction or who’ve been imprisoned for drug possession. They not only get a well-paying job and learn valuable business skills, but they make the dough out of as many organic, locally sourced ingredients as possible. At the end of each week, any unused dough is baked into cookies for the police and for local food shelves, so it’s a win-win for everyone!”

If drivers are unable or unwilling to submit to The Dough Bowl, police officers can use a backup test known as The Berimbau Challenge, named after a one-stringed instrument used by practitioners of the Brazilian martial art Capoeira. “I started doing Capoeira in college,” says Magu, “and I was always amazed by how hypnotic a Berimbau could be. I mean, it’s just a gourd, a stick, and a string; it plays, like, 3 notes and they’re always just a little off. But if you’re baked enough, it sounds like a symphony!”

In this backup test, drivers are asked to exit their vehicle and given a Berimbau to play. “If they don’t give up immediately,” says Magu, “and are totally captivated by playing one note very, very slowly, you can be pretty sure they’re high AF.”

While Captain Nepenthe has struck a hopeful note about the viability of this new testing regime, she’s also been researching other options if the CPS program doesn’t work out. “We’ve found a company in Cambridge, MA that makes a solid-color Rubik’s Cube-type puzzle. With just one color, there’s really nothing to solve, but apparently, impaired drivers really love to spin the sides around anyway.”

Editor’s Note: This article is satire and should be regarded as such. Kindly, the Heady Vermont team.