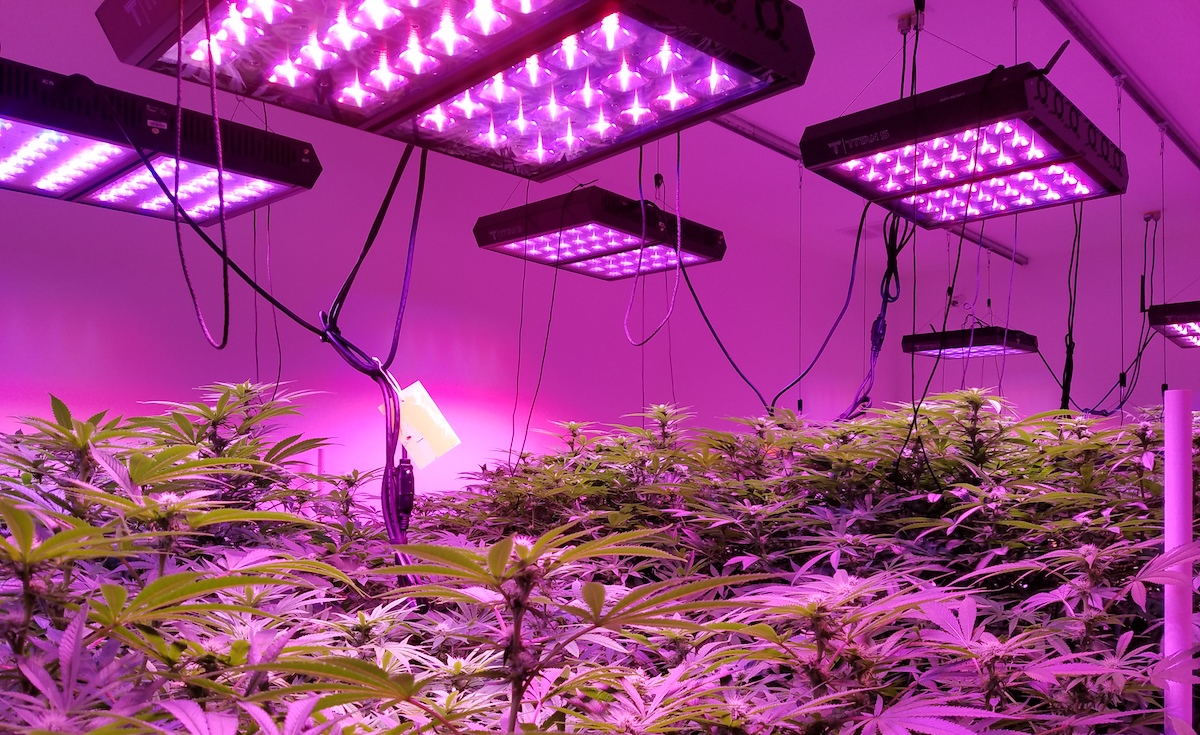 It used to be growing cannabis in the privacy of your basement would land you in some serious hot water with the law. Now, electrical utilities and efficiency programs want to help growers of all scales around the state lower their power bills.

At an event this week on Pine Street in Burlington, representatives from Burlington Electric, Efficiency Vermont, and industry groups presented seminars and panels on reducing the carbon footprint of cannabis.

While the majority of Vermonters aren’t lining their basements and closets with grow trays and pressurized sodium bulbs, Lauren Morlino, Efficiency Vermont’s emerging technologies and services manager, said the increased popularity of growing outside of the sun’s power is something they can’t afford to ignore. “We basically think it would be irresponsible to ignore this large energy sector,” she said. “Our task from the state is to help reduce the load on the electric grid in Vermont. Our electric grid is very old and so it’s important to keep the loads down so we don’t have any issues.”

“The minute you get mold and mildew, that’s not medicine any more,” Dolan said.

In states that allowed residential growing, too many people using more electricity can strain the electrical grid and even cause transformers to blow. When legalization arrived on July 1, 2018, Efficiency Vermont saw an uptick in calls from people trying to decrease their electricity usage.

This spring, Efficiency Vermont is unveiling rebates for grow light fixtures, in addition to HVAC systems and smart thermostats used in residential and commercial growing operations.

Lowering the carbon footprint of cannabis has become a goal in recent years. Jesse Peters of Eco Firma Farms described his efforts to drop energy consumption on his farm in Oregon.

In graduating his operations from a basement to a larger facility, Peters said he got a lesson in “jumping scale.” The nuances of maintaining the climate of a vastly bigger space cost the business money. On their third upgrade to a 20,000 square-foot facility, they gutted the lights and HVAC systems and began experimenting with different combinations of lighting and air treatment. “We spent probably in the neighborhood of $200,000 redoing all that to learn because the last thing I wanted to do was spend $2 million on a large facility and making those mistakes,” he said. “Especially when you don’t have a giant trust fund and the banks won’t lend you a lot of money.”

In yet another change, he began applying wind power and newer LED bulbs in his grow rooms. In using these new systems, growers also have to adjust the techniques and workflow. But not only did they lower bills, they also cut down on pests and infestations.

“It’s a small industry and we don’t have the influence of Philip Morris, R.J. Reynolds or Anheuser-Busch pushing down on 300 lobbyists in Congress fighting for whatever law makes them the most profit,” he said. “We have a chance in each of our states to set our regulations now and set sustainable markets.”

This spring, Efficiency Vermont is unveiling rebates for grow light fixtures, in addition to HVAC systems and smart thermostats used in residential and commercial growing operations. Efficiency Vermont and Burlington Electric have both published energy efficiency guides for indoor growing setups. According to their literature, growers cultivating the current legal limit of two mature plants and four immature plants can expect between $40 and $80 in electric bills by switching to LED lighting. An energy efficient HVAC system can run between $12 and $35 monthly.

These cultivation systems can be used for more than just cannabis. John Farr from Green Mountain Harvest Hydroponic from Waitsfield spoke during a panel about how new lighting has extended his growing season throughout the year.

“We try and keep production levels as high in the winter as we do in the summer and we’re pretty good at it,” he said.