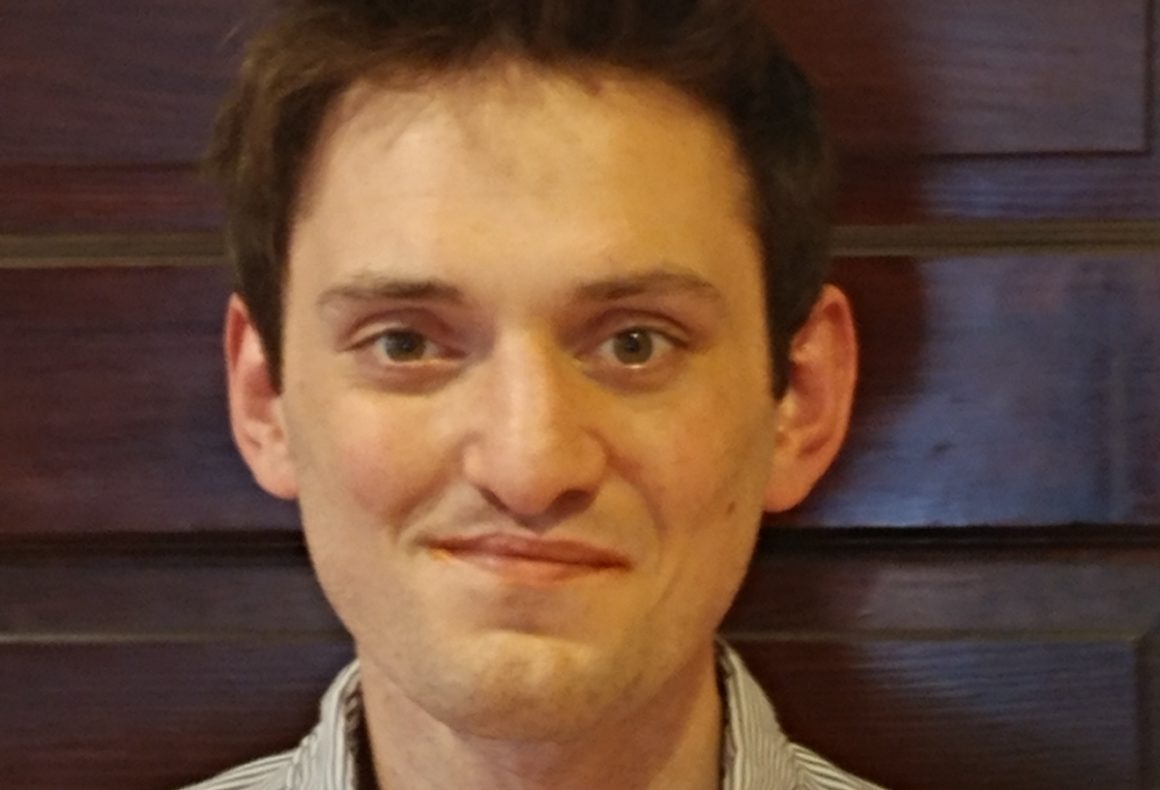 Cannabis has always occupied a pretty special place in my life. I have always had a great appreciation for what cannabis can do, but admittedly, I had no idea just how profound the benefits of this plant can be.

I was born with a pretty serious congenital defect which would lead to years and years of reconstructive and cosmetic surgery in an attempt to be “normal.” As it happens, in Western society, severe pain often goes hand in hand with severe narcotic medicine.

The defect I was born with (Unilateral Cleft Palate) was quite severe and affected the architecture of my sinuses, ears and of course, my face. My first surgery was performed when I was 3 months old, and with this surgery came my first taste of opioids. In medicine – and surgery especially – not all wounds heal with equal speed or quality. Sometimes this is due to obvious external issues like tobacco use or too much activity too soon, but in my case, there was no clear explanation.

The inability for an invasive wound to heal quickly and efficiently opens a Pandora’s Box of complications including increased pain, pain for a longer duration, and as it was in my case, further surgeries to fix the poor outcomes of the original surgeries.

According to my medical team back then, “he must be sedated every time, otherwise he can’t eat and will starve.”

I will spare you the more gruesome details, but my breast-feeding years consisted of my mother forcing a feeding tube down my throat into my stomach. Without being anesthetized with opioid medication, I was in so much discomfort and pain as it was inserted, rubbing against fresh surgical wounds along the way, that I would violently reject it – and sometimes start to suffocate as I struggled. According to my medical team back then, “he must be sedated every time, otherwise he can’t eat and will starve.”

I quickly grew a tolerance to the effects of mild painkillers like codeine, and received my first prescription for morphine when I was about 6 months old. Years and years of frequent surgeries led to an increased tolerance to the powerful drugs. I spent my teenage years receiving hydromorphone (Dilaudid), a slightly more-potent form of morphine that was once known among addicts as “Hospital Heroin” due to its recreational and euphoric potential.

When everybody’s happy, smiling and laughing, folks tend to not want to mess with success. So my addiction flew firmly under the radar in the guise of legitimate medical treatment. Truly, it was both.

Eventually, I learned that I required these drugs, not just for pain, but to regulate both my mood and bodily functions. I needed them to be happy and content…to be normal. My parents knew nothing about drugs. When I say nothing, I mean, my mother is afraid she’s going to get high when I open my jar of cannabis inside our home. It wasn’t inherently their responsibility to know about these medications, it was the responsibility of the medical team to inform them. But, when everybody’s happy, smiling and laughing, folks tend to not want to mess with success. So my addiction flew firmly under the radar in the guise of legitimate medical treatment. Truly, it was both.

The irony is that medical doctors take an oath when they begin practicing, which states essentially “do no harm.” However, the world we live in hardly operates in absolute black and white terms. I required opioids in large quantities as a young child and would have likely died without them. Few things are as easily predictable as addiction to and dependence upon drugs like opioids. To blame the entirety of my negative experience with opioids on science, medicine, or doctors would be immoral. The opposite, however, to say that it’s unlikely that any problems would ever arise from a scenario like mine is equally far-fetched.

In addition to a less-than-easy childhood. I discovered about 6 years ago, at age 22, that I have a neurological disorder that produces intermittent bouts of violent myoclonic movements. These seizures would eventually become so severe that they would limit my ability to function normally. Activities like cooking, brushing my teeth and even walking, became potentially dangerous activities.

It’s a painful moment when you realize that even doctors you respect and consider to be compassionate, caring individuals, also turn out to be unwitting enablers of addiction.

My care immediately turned to the use of drugs known as benzodiazepines. I was told only in passing about the potential pitfalls of benzodiazepine addiction and dependency. I found out later through my own research that benzodiazepines are highly-addictive, and can cause long-lasting medical issues long you stop taking them.

Much like opioids, they solved my problem – temporarily. About a year into my neurological treatment, my seizures slowly began to return. Eventually, the medication no longer controlled the seizures at all, yet I was dependent upon powerful central nervous system depressants that could cause me to die if I stopped using them too quickly. It’s a painful moment when you realize that even doctors you respect and consider to be compassionate, caring individuals, also turn out to be unwitting enablers of addiction.

As an average white American, I experienced cannabis for the first time around age 15. It made me feel good, but the effects paled in comparison to the powerful drugs that I was used to. I enjoyed it, but didn’t truly understand its vast potential. I never would have dreamed that I would be totally free from opioids and never expected that what I always called “weed” would be a key part of my return to homeostasis. To me, weed was for smoking, watching cartoons, and eating an entire large pizza to myself, not the miracle plant it truly is.

I do appreciate that cannabis is not only the most effective medication, but also, unlike these other drugs, I don’t have to worry about dying or ending up some drug-dependent zombie.

However, a few years ago, I decided I’d had enough of the allopathic drugs, and finally got my first medical cannabis card – making the incorrect assumption that by going to a dispensary, all my medical issues would magically be alleviated. The process turned out to be much more complicated than that.

Although I have no doubts that the quality of the products from from the dispensary was great, it wasn’t until I met cannabis nurse Jessilyn Dolan that I was able to understand many of the complexities of cannabis usage that had previously eluded me. The great thing about powerful drugs like benzodiazepines and opioids is that they do work. So does cannabis, but unlike just taking a pill, discovering an appropriate cannabis regimen for each individual takes hard work, research, and experimentation.

I do appreciate that cannabis is not only the most effective medication, but also, unlike these other drugs, I don’t have to worry about dying or ending up some drug-dependent zombie.

Jessilyn has been extremely valuable as my nurse, and has helped me gain a better understanding of the chemistry of cannabis, and how it works as a medication. Thanks to her tutelage, I’ve been able to reduce my spending on cannabis, use it more effectively, and am getting more benefit from my usage than when I was going to the dispensary. Like a lot of nurses, Jessilyn is naturally helpful and compassionate, but her deep medical knowledge about cannabis is a big part of what has made her work so well for me. Jessilyn has a combination of expertise, professionalism, and compassion that is just hard to beat.

I believe cannabis could provide a host of benefits to both addicts and society as a whole.

I know that every patient is different and not everyone can experience the immense benefit from cannabis that I have. But, in this current climate of opioid abuse, when so many people have been robbed of friends and loved ones, I truly believe that cannabis can be the answer for many people.

Opioids kill all pain – both mental and physical. But, ultimately, if we want to be healthy, happy and successful, we have to choose to live in the real world. I believe cannabis could provide a host of benefits to both addicts and society as a whole. The possibilities are seemingly endless, with more research and information emerging daily. I have begun to call the search for the perfect cannabis for me, The Quest.

To list all of the potential benefits of both recreational and medical cannabis use would take some time and might involve a fair amount of conjecture. However, I’d like to end on what I believe could be of the most immediately important application of cannabis in this state. A 2% increase in opioid-related fatalities from February 2018 – February 2019 means we lost 110 Vermonters to this entirely preventable condition.

The Journal of the American Medical Association also states in no uncertain terms, that “passing a state medical cannabis law on average reduced opioid overdose deaths by 24.8 percent.”

According to the highly respected physician and cannabis expert Dr. Dustin Sulak, “adding cannabis to opioids makes the opioids safer. Cannabis can prevent opioid tolerance building and the need for dose escalation. Cannabis can treat the symptoms of opioid withdrawal. And cannabis is safer than other harm reduction options for people that are addicted or dependent on opioids.”

The Journal of the American Medical Association also states in no uncertain terms, that “passing a state medical cannabis law on average reduced opioid overdose deaths by 24.8 percent.”

Cannabis also confers many benefits on society at large – the larger population who are unaffiliated with cannabis in any way. With less drug addiction, less money is required to treat and house addicts. Additionally, tax revenues from legal cannabis could improve the sorry state of our nation’s public schools.

Unfortunately, in the United States, we are one of few developed nations in which the entirety of the medical enterprise is based upon quid pro quo interactions involving money. To introduce a medicine that, based upon my experience, is a true gift from God for how well it works is, in fact, a direct insult to those who make their bones off the capitalistic exploitation of society, often with drugs of dubious effectiveness and/or quality.

Of course I will keep taking cannabis, keep writing about it, and keep advocating for its legalization and widespread use. Other than improving my health, not much is more important to me these days!