Industry Trailblazer Larisa Bolivar to Keynote NECANN Vermont in May 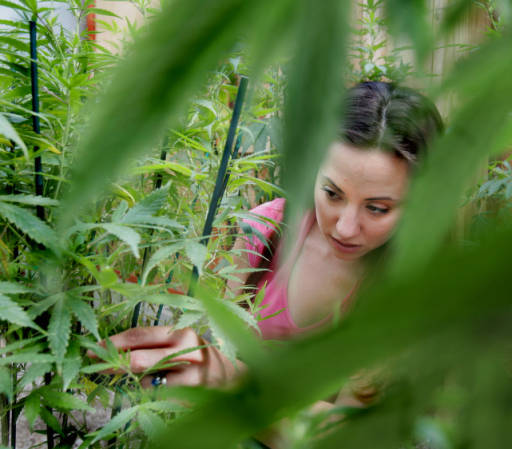 Longtime activist, policyworker, entrepreneur and chief executive of the Cannabis Consumer Coalition to kick things off at Champlain Valley Expo on Saturday, May 18

NECANN and Heady Vermont are honored to welcome cannabis industry trailblazer and pioneer Larisa Bolivar as keynote speaker for the second annual Vermont Cannabis and Hemp Convention, taking place May 18-19, 2019.

Noted by the Washington Post as “one of the city’s [Denver] most well-known proponents of decriminalizing marijuana nationally,” Bolivar has a long history in the cannabis space as an activist, advocate, policy-worker, and entrepreneur.

Bolivar began her career by assisting patients in navigating the early and complicated process of finding doctors who would recommend cannabis and matchmaking them with registered caregivers in an effort to create safe access in a legally ambiguous space. This resulted in her shepherding and helping to register the first few thousand patients in Colorado through her organization Caregivers for Safe Access, which was renamed the Colorado Compassion Club and in 2005 evolved into one of the first dispensaries in Colorado, long before regulations were created in 2010.

I think that as states in New England continue to legalize and create cannabis policies, it is important to consider the roots of this new industry as a social justice movement.

“The last 18 years in the cannabis movement have been monumental. When I moved to Colorado in 2001 as a medical cannabis refugee from Northern Virginia, I couldn’t even begin to imagine the changes I would see over the next two decades,” Bolivar says. “As a caregiver, I worked intimately with patients in the early years … I learned that policies are often flawed, and that it hits those most vulnerable the worst and that is why we must be vigilant to ensure that people are being treated with compassion and consideration. “

Bolivar’s keynote kicks off the weekend events, which take place at Champlain Valley Exposition in Essex Junction. 120+ exhibitors and vendors will be present from all over New England and the U.S., including CBD purveyors, medical marijuana dispensaries, home cultivation suppliers, advocacy groups, and a wide range of ancillary businesses related to the cannabis plant and industry.

NECANN is a Massachusetts-based company that was co-founded by Marc Shepard, a pioneer in the New England cannabis community who has been organizing increasingly larger cannabis conventions in Boston and Portland since 2014, with additional shows in Providence, RI; Burlington, VT; Reno, NV; Springfield, MA; Atlantic City, NJ; and Salt Lake City, UT.

The Vermont organizers say that while the convention won’t feature consumption of THC cannabis on-site, attendees can expect a great deal of CBD hemp and industrial hemp businesses to be present and displaying a wide range of products. The educational panels and interactive workshops at VTCANN will also include information about becoming a medical marijuana patient/caregiver, therapeutic usage of medical cannabis, cultivation techniques, industrial hemp and CBD, business, marketing and political advocacy for cannabis reform.

“Over the years, I have seen the cannabis movement grow into a full industry and it’s becoming mainstream, with people from other industries now joining and forming multi-million and multi-billion corporations.” says Bolivar. “I think that as states in New England continue to legalize and create cannabis policies, it is important to consider the roots of this new industry as a social justice movement. It is also important to consider consumers when creating regulations, such as rules around testing and pesticide use, clear labeling, and a competitive market with a variety of options and places to consume.”

National survey data show that in terms of percentage of the population that used cannabis in the last year, five of the top ten states were in New England: #2 Vermont, #4 New Hampshire, #5 Massachusetts, #7 Rhode Island, and #9 Maine.

New England’s largest cannabis convention returns to Vermont for its second year on May 18-19, 2019 at the Champlain Valley Exposition. Buy your tickets today!